A group of King’s Lynn parkrunners took part in the 45th London to Brighton Cycle Ride in aid of the British Heart Foundation.

The team were joined at the start by Bridge for Heroes cyclist Karl Perryman, setting off from Clapham Common at 6.30am for the 54 mile ride, which saw them taking on hill climbs with 16% gradients, the final hill, Ditchling Beacon, seeing a rise of over 469ft in a very short distance.

The picturesque but challenging route took the team first through the surprisingly empty London streets before setting off through the beautiful Sussex countryside. Although it was crowded with 14,000 other cyclists, these including London Mayor, Sadiq Khan and iconic pop group The Cure drummer Jason Cooper, the riders soon spread out, with everyone aiming to get to the finish on Brighton seafront safely but in the best possible time. 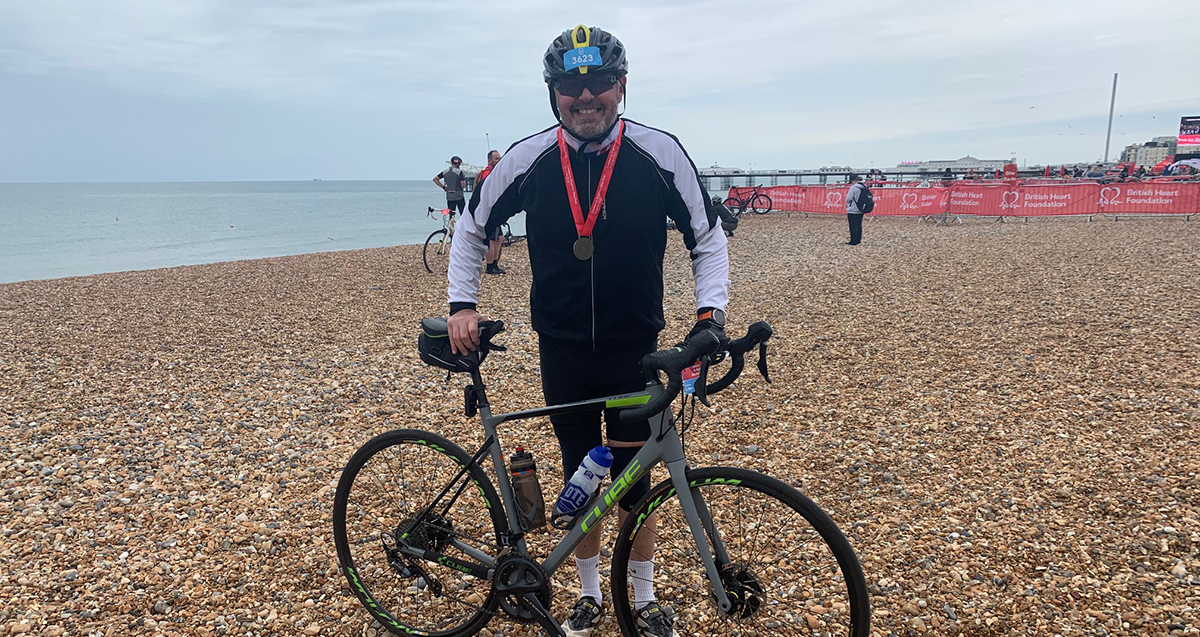 The parkrun team excelled themselves, completing the route in an outstanding 3 hours 47 minutes, while raising just over £750 for the British Heart Foundation, the total now raised for the event being in excess of £2.5 million.