Saturday 28th May was an exciting day for the 12th King’s Lynn Squirrel and Beaver Scouts.

To complete their Platinum Jubilee Norfolk Challenge Awards, the 12th King’s Lynn Squirrel and Beaver Scouts planned and prepared for a very special Jubilee Picnic on the front lawn at Sandringham House. 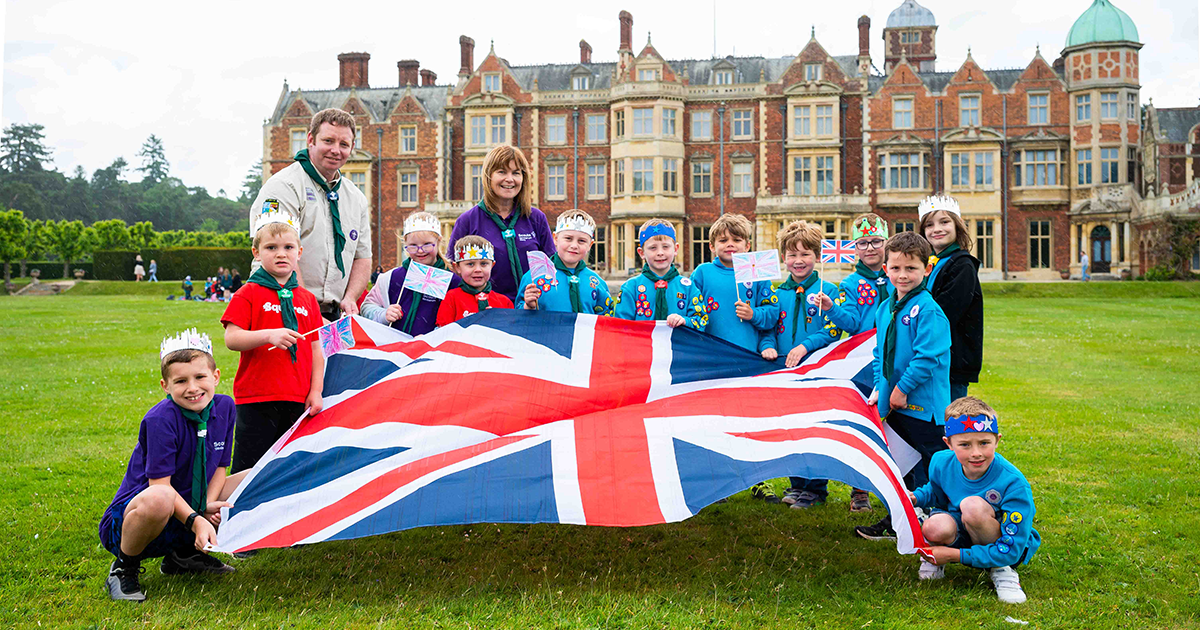 Meeting at 10am the youngsters set about making crowns, flags and red, white and blue place settings under the supervision of their leader Tracey Clarke. 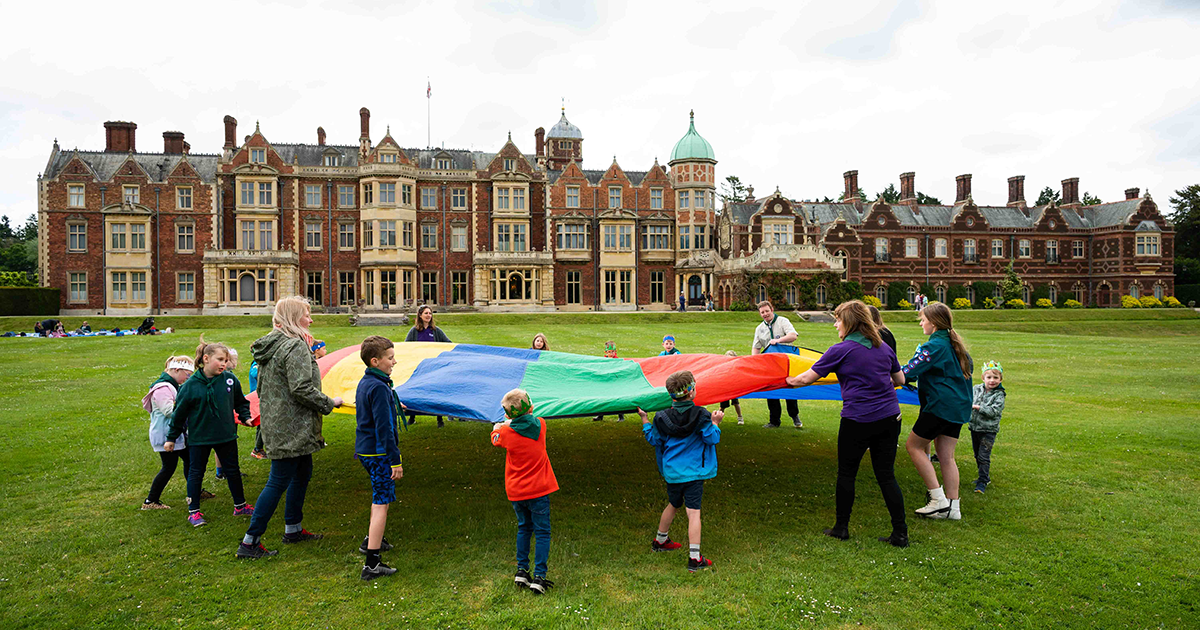 Wearing their crowns and waving their flags, the children enjoyed exploring the gardens, listening to stories and playing parachute games before singing their own ‘Happy Jubilee to you’ on the steps outside the house! 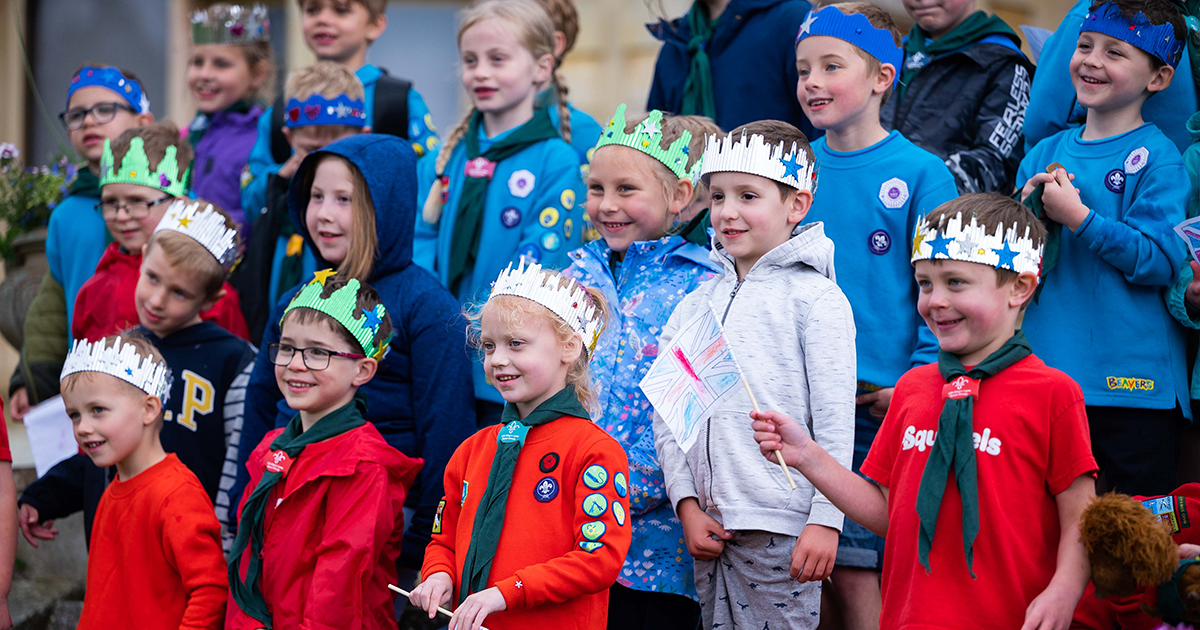 It was a fabulous day for the thirty-seven children and fourteen adults who also saw eight-year-old Matthew Butler, who attends South Wootton Junior School, being presented with his Chief Scout's Bronze Award by Acting District Commissioner Kim Smith. 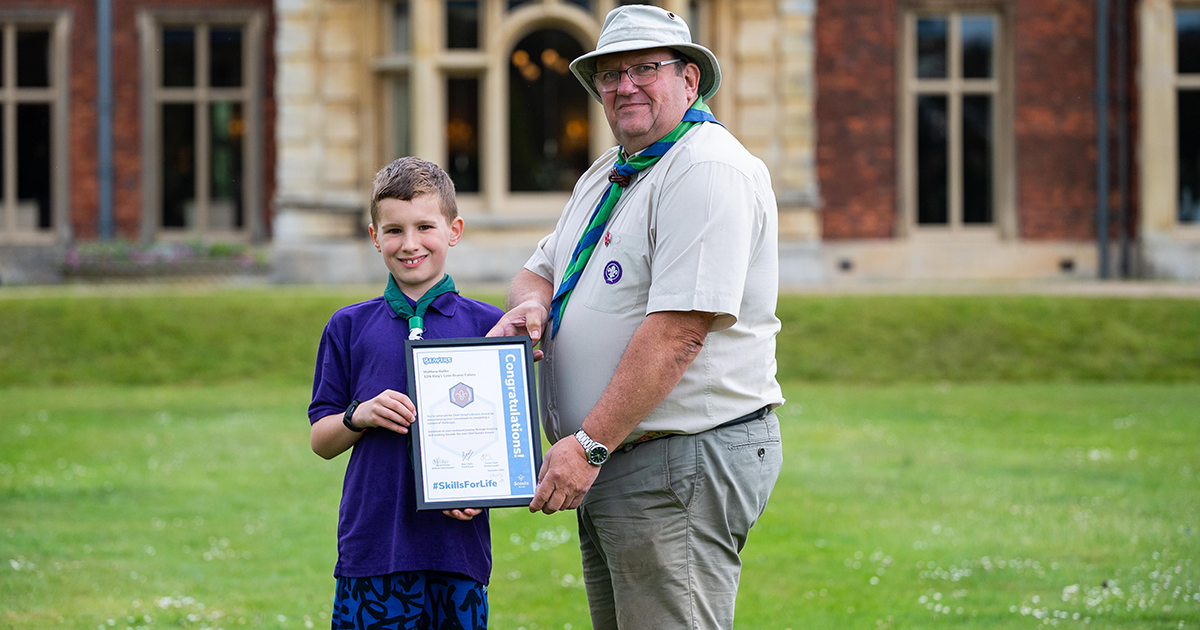 Tracey Clarke said: “We wanted to do something memorable for the Challenge Award and it couldn’t have been better for the Squirrel and Beaver Scouts who thoroughly enjoyed their day. 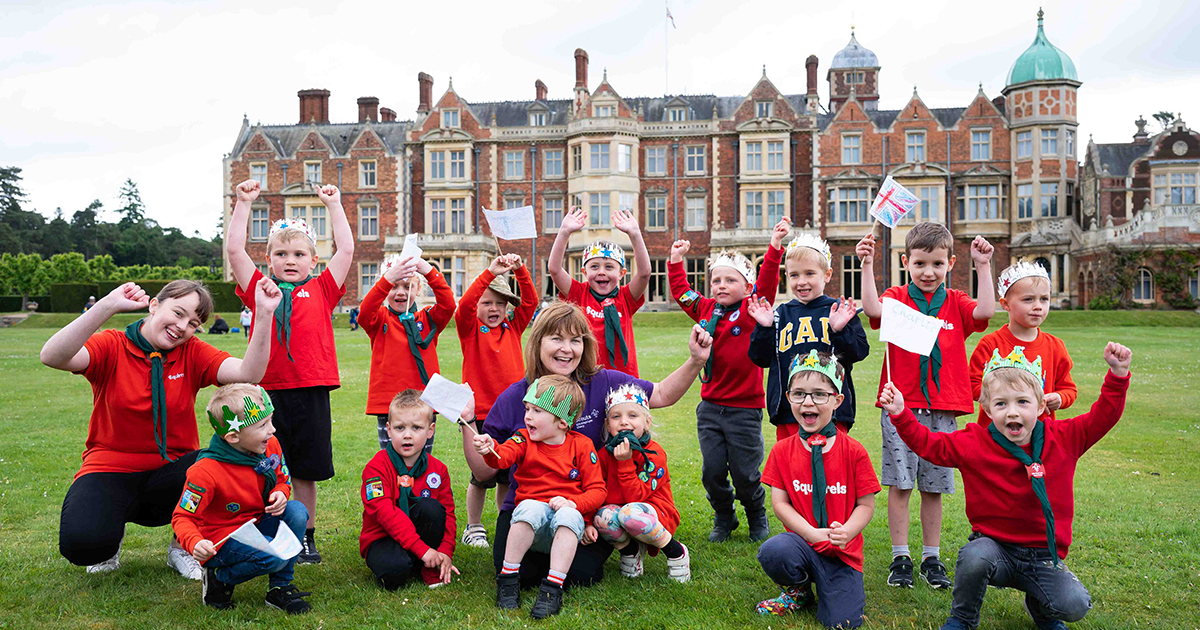 Leader Tracey Clarke with the Squirrels

“They are also working on their community challenge at Salters Sanctuary which was launched in April, and have already completed several litter picks.

“After liaising with the Gaywood Conservation Group the Squirrels are going to be raising their own funds to purchase an Oak tree to plant in a special place in the woods.”