Is an incinerator back on the cards for West Norfolk? Town and Around’s special investigator reports

It seems Norfolk County Council still yearns for an incinerator. Following a staunch campaign championed by KLWIN, John Dobson and Lord Greville Howard of Rising, combined with a radical shift in power at the County Council after the 2013 local elections in 2014, the rainbow coalition pulled the plug on the private operator Cory Wheelabrator's attempts to build an incinerator in West Norfolk. 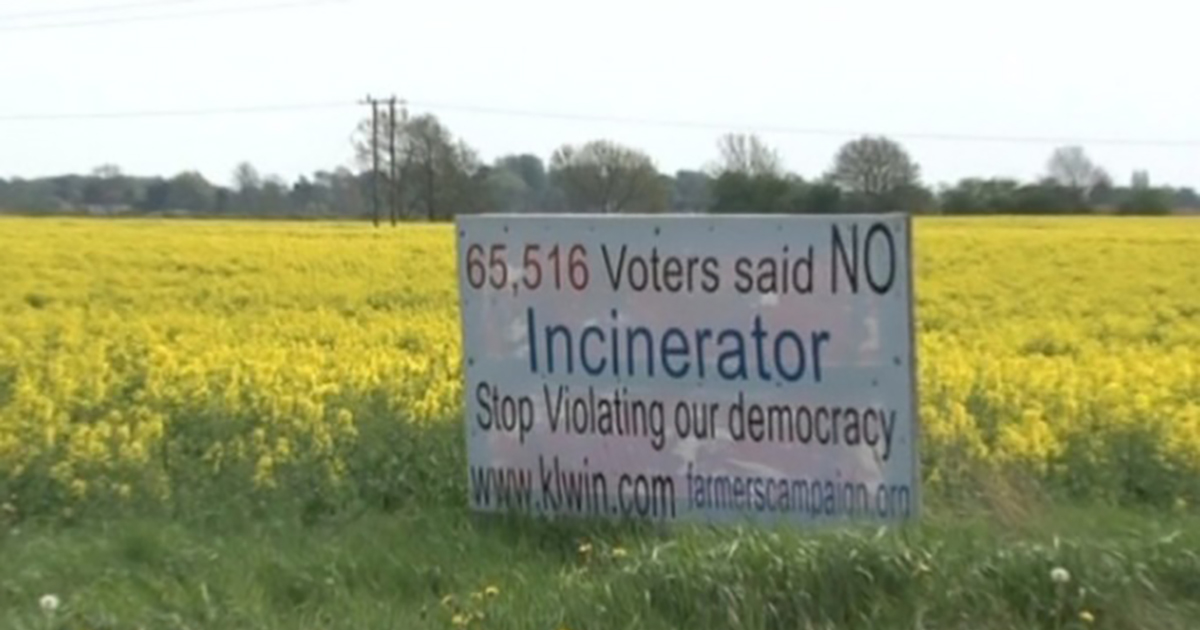 Many will remember how Cllr Brian Long had a Damascene experience after 93% of local voters went against an incinerator in a borough wide Referendum. This time with Cllr Brian Long, as Leader of West Norfolk, the local political opposition appears to be much less than it was when last a mass burn incinerator was on the county council's priority list. The recent Norfolk Waste and Minerals Plan does not rule out an incinerator. Something picked up by the county councillor for South Lynn where the mass burn incinerator was proposed to be built. Elected, in 2012, with a 30% swing against the Conservatives, Alexandra Kemp, brought the issue to West Norfolk Council, after Snettisham borough councillor, Ian Devereux, took it upon himself to omit West Norfolk's opposition to an incinerator when he and Cllr Richard Blunt initially responded on behalf of the borough council to the consultation on the county council's Waste and Minerals Plan. The daughter of a leading member of the Greek Resistance, Ms Kemp claims to have been supported by 3 other councillors hence getting the requisite number to have the decision, of Cllrs Devereux and Blunt, scrutinised by a Borough Council panel chaired by Heacham councillor Stuart Dark. West Norfolk Council Leader, Cllr Brian Long was clearly concerned about the idea of West Norfolk Council opposing an incinerator. Cllr Long is also Vice Chair of the County Council's Planning Regulatory Committee. He is therefore expected to have some idea of planning procedures. Yet he still wrote to other councillors stating "we do have to consider that as a planning authority ourselves we must not make a response to NCC that could see us as predetermined ahead of any further planning applications on which we are consulted." In layman's terms it seems he was claiming if the Borough Council's response opposed incineration then the council itself would be predetermined when a planning application came forward. This overlooked the fact that while decision makers in any planning application must not be predetermined (minds made up in advance) they can be predisposed (inclined one way, but still open to be convinced otherwise). And when a planning application for a mass burn incinerator does come forward it will be the County Council's own Planning Regulatory Committee that will be the decision maker, unless the application is called in to the Secretary of State for determination.

Time will tell if the County Council heeds what happened before when more than 65.000 local voters, who expressed their opposition to a mass burn incinerator, were ignored.