Hunstanton residents have their say on new flats

It was a chance for residents to drop in and have their say about the controversial plans to build 32 flats on the Beach Terrace Road end of the Southend Road car park today (27 February).

The consultation was held at Hunstanton Town Hall this afternoon where representatives from the Borough Council of King's Lynn and West Norfolk were on hand to talk visitors through the plans on display. The plans revolved around a new library and the building of flats as part of Phase 1 of the Southern Seafront Masterplan. 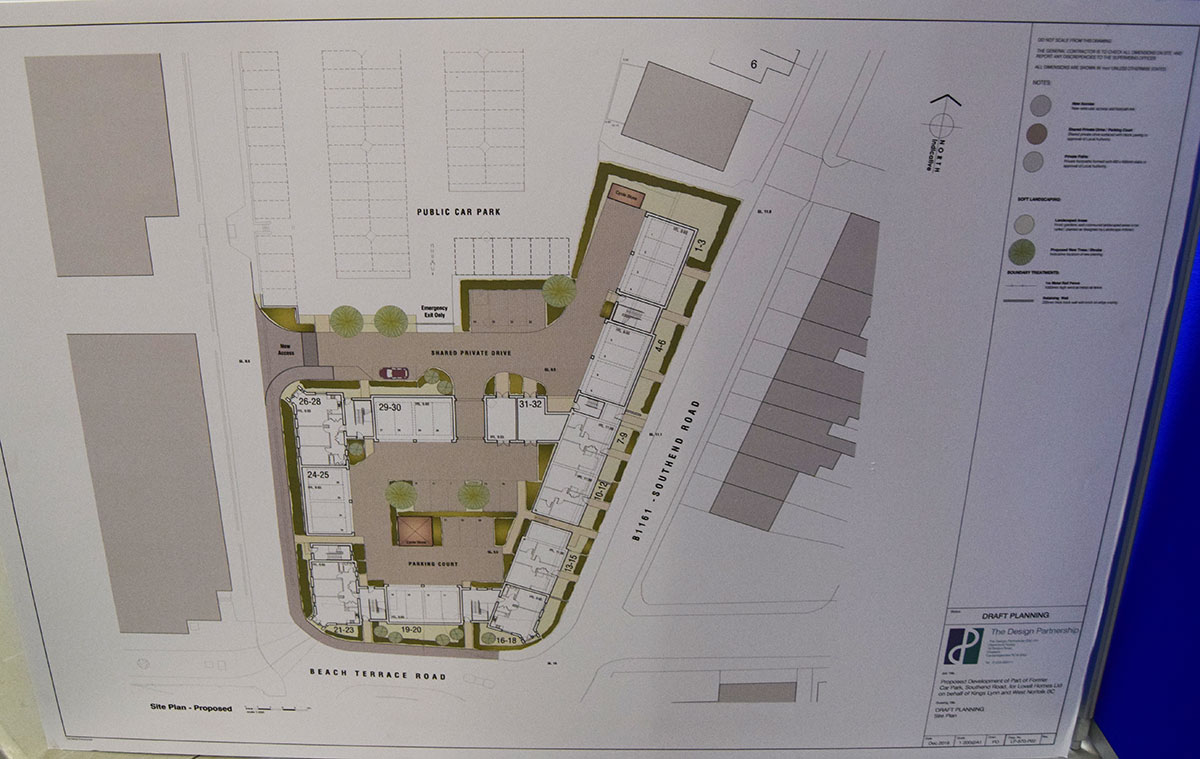 “The response has been more positive than negative today. Today is about having that bigger conversation where we can listen to residents’ issues and explain why we’re doing things that way and the solution to the problem.”

Mr Gagen revealed that there will be 100 spaces left of the Southend Car Park and that a proposal has been raised to open the coach car park car for all cars during peak days to combat the issue of lack of parking spaces.

On the new library, he described the plans as “replacing a tired facility with a state-of-the-art building which will enhance the conservation area of Hunstanton.”

Explaining what a suitable replacement for the bus station would be should the new library be built, he confirmed that two large bus stops will be created by the Spinney and the Princess Theatre. He confirmed that all routes and stops will stay the same following talks with Lynx buses. 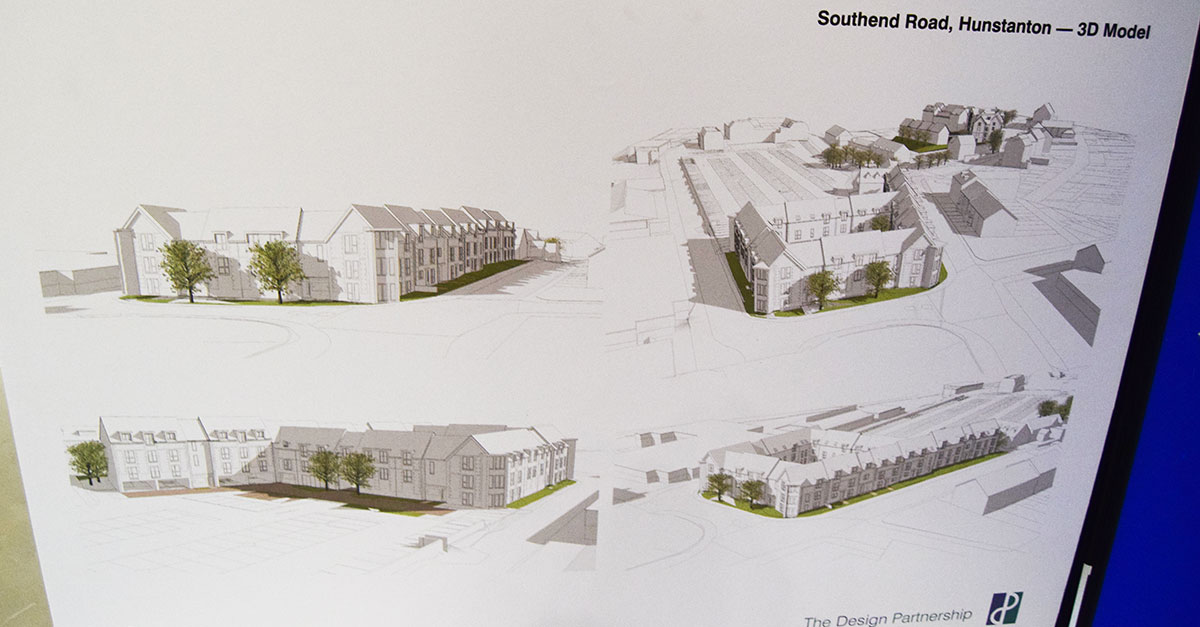 A 3D model detailing the plans

However, many were unhappy with the plans for the new dwellings on the car park. Speaking to Town and Around at the consultation, Seagate Road residents expressed fears that access to their homes will be further compromised by new dwellings nearby and loss of car parking, as they already have issues with parking their cars near their house.

There were also fears that Hunstanton’s infrastructure would struggle to cope with more residents, with particular concerns revolving around the size of the current GP surgery. A point was also raised about building on an area (the Southend car park) that regularly floods.

Topics raised also included the issue of the flats being purchased as holiday homes and therefore contributing little to the local economy, the council not utilising buildings they already own such as the Valentine Road offices and that signs describing Hunstanton as a ‘Victorian Seaside Town’ should be torn down.

The consultation will be open until 8 March 2020. You can provide feedback online by visiting west-norfolk.gov.uk/haveyoursay.