A tournament dubbed the ‘Glastonbury of Tennis’ has hit the perfect note by winning the ‘Competition of the Year’ award at this year’s Lawn Tennis Association (LTA) Tennis Awards that were held at Roehampton on 30th July.

One of 18 national winners, the Hunstanton Lawn Tennis Tournament received the ‘Competition of the Year’ accolade from the governing body for tennis in Britain on account of the outstanding event they hold and their work within the community throughout 2019.

Each year, the LTA delivers just shy of 10,000 recreational competitions via its network of officials, organisers and county associations, with the award paying particular attention to the efforts of volunteers and local venues.

With more than 1,300 entries, the Norfolk tournament boasts some of the highest player rates in the country, while last year they raised £2,000 for a hospice within the area.

This year was also set to be a celebratory one for Hunstanton, with its 100-year anniversary plans put on hold due to the Covid-19 pandemic.

But there is now plenty to savour in the centenary, with the competition virtually presented its award by Sally Bolton, CEO of the All England Lawn Tennis Club.

Chris Holt, secretary of the Hunstanton Lawn Tennis Tournament, who this year marks 45 years of involvement with the event, said: “To have the annual ‘Sunny Hunny’ Tournament held in the sleepy backwaters of North Norfolk recognised as the best competition in the UK by the LTA is a fantastic achievement.

“I have seen the Tournament expand from a small six-day Tournament with around 20 events held on about 10 courts to one which now hosts 43 events from under-12s to senior veterans with matches played across 38 grass courts. Alongside the main events we also hold a hugely popular informal round robin fun event for under-10s and under-12s and an afternoon ‘adult and child’ event for charity, and all on the Recreation Ground in Hunstanton.

“The family-orientated Tournament, which sees second, third and fourth generations of families competing and spectating year after year, owes its success to a very supportive and hard-working committee, along with working hand-in-hand with the local authority, the Borough Council or King’s Lynn and West Norfolk, Tournament sponsors, the ever-growing support of local caters and trade stalls and most of all to the players returning year after year. They are all part of the Hunstanton Lawn Tennis Tournament ‘family’. 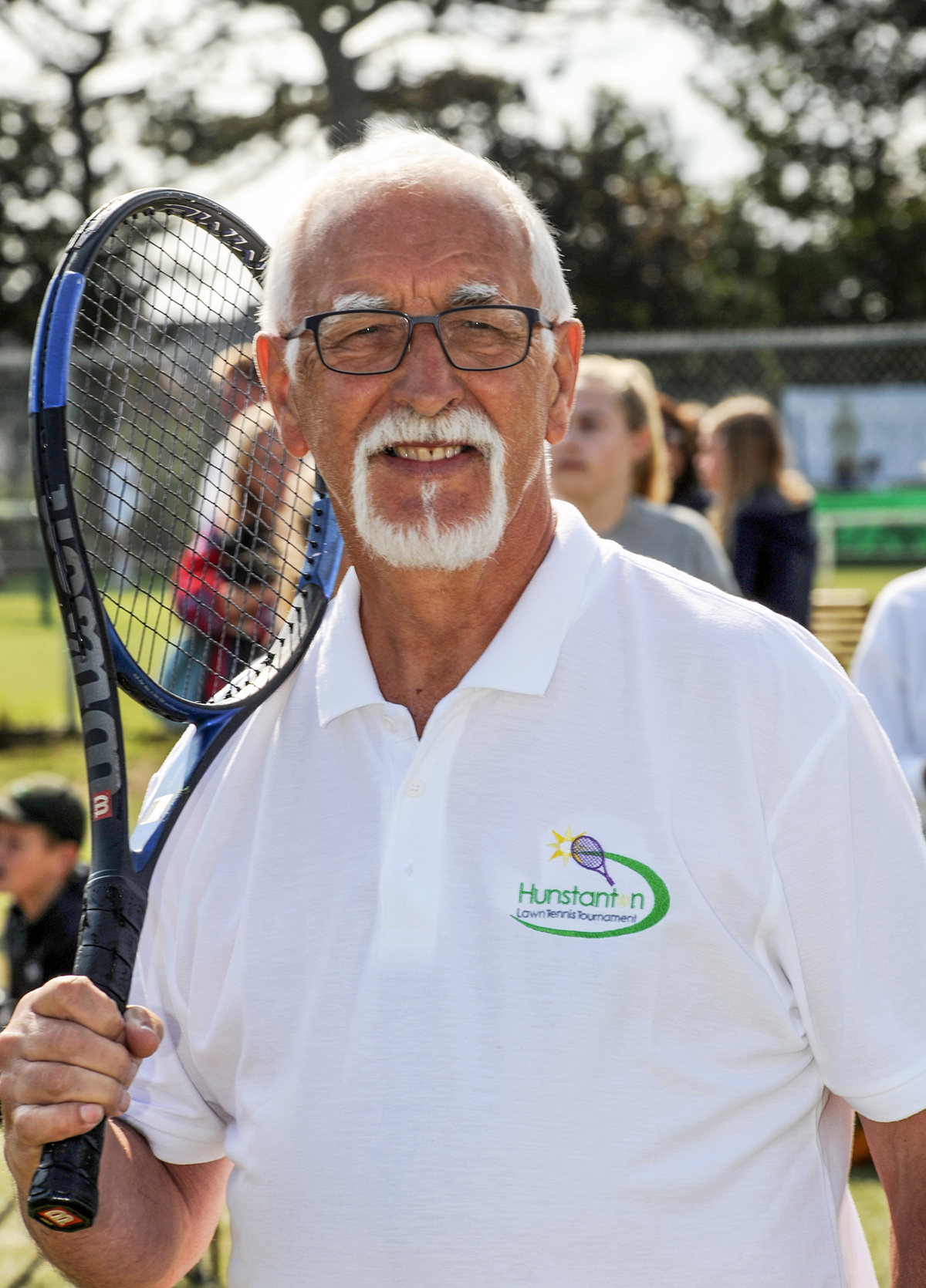 “Immediately following finals’ day, work starts on the next year’s Tournament. On the afternoon of the first day, I escape the committee marquee and walk into the sunshine and see all 38 courts packed with tennis players and all the spectators – parents, grandparents and other supporters - looking on thoroughly enjoying the tennis and I think ‘yes, we have cracked it for another year’.

“This year has proved very difficult with the impact of the Covid-19 pandemic. It has resulted in the cancellation of ‘Sunny Hunny’ 2020, which would have been the celebratory 100th anniversary year.

“However, we plan to roll the celebratory programme of events forward to 2021’s Tournament and anticipate a bumper level of entries. However, the sadness of having to cancel this year’s event has been counteracted by the jubilation when Hunstanton Lawn Tennis Tournament was awarded the title of ‘Competition of the Year’, an honour we will treasure for years to come. Bring on 2021.”

Ashley Martin, a Tournament committee member for 27 years and a player in the event for around 45 years, added: “The Tournament has existed for 100 years due to the love, enthusiasm, passion and hard-work of a committee and the support and affection for its existence from players, young and old, who compete across the generations year-after-year.

“There are no magic ingredients to the popularity of the event, but for the committee to have their work recognised and the competitors to know that the Tournament is recognised by the Lawn Tennis Association as the best in Britain is the icing on the cake.

“As someone who has been involved with the Tournament for some 45 years - initially as a player in junior events and now as a competitor in veteran events and a committee member - it is humbling that the Hunstanton Lawn Tennis Tournament is recognised as the ‘best in Britain’.”

Currently in their fifth year, the LTA Tennis Awards celebrate the achievements made by outstanding tennis volunteers, coaches, officials, venues and players in Britain.

Streamed live on LTA channels and presented by Leon Smith OBE, the national ceremony - which was digital for the first time in the awards’ history - saw the likes of current British No.1s Dan Evans and Johanna Konta pick up the LTA’s Men’s and Women’s ‘Player of the Year’ awards respectively, alongside 16 other deserving national winners.

This year saw more than 2,000 nominations across grassroots categories including Young Person of the Year and Club of the Year.

Nominations were drawn from more than 25,000 volunteers, 4,400 coaches, 940 officials, 20,000 schools, 2,700 clubs and more than 9,700 LTA approved tournaments, demonstrating the extraordinary contributions of individuals and venues who help to open up the sport and bring new fans and players to the game.

“The LTA Tennis Awards are a real celebration of the people that make our sport thrive,” said LTA president, David Rawlinson.

“They celebrate the achievements made by outstanding volunteers, coaches, officials, venues and players, who are all vital in helping us to grow the game.

“To be named a national winner out of over 2,000 public nominations is a fantastic achievement so I’d like to congratulate all of this year’s winners and extend my thanks to each and every one of them for all that they do to help tennis in Britain.”

Next year’s Hunstanton Lawn Tennis Tournament will be held on August 15-22, 2021. Further information is available at: http://www.hunstantonltt.co.uk/

Inspired by Hunstanton’s story? To find out more information about the LTA Tennis Awards or for information on how to play, coach, volunteer or officiate in tennis, head to www.lta.org.uk.