The High Street was closed this morning for an Act of Remembrance at 11am.

Chairman of the Hunstanton Branch of the Royal British Legion Simon Matthews, Rev'd Rachael Dines and Hunstanton's Mayor Cllr Maureen Howard joined the Standard Bearers in the road and Rev'd Dines began with a prayer. Simon Matthews read the Exhortation and the Kohima Epitaph. 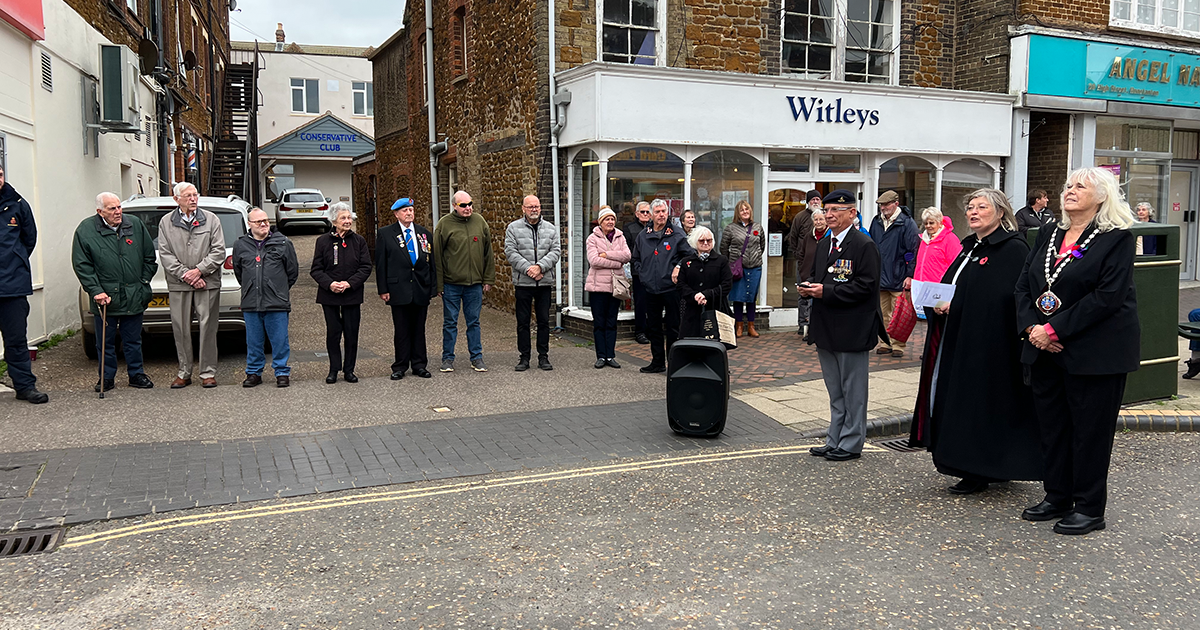 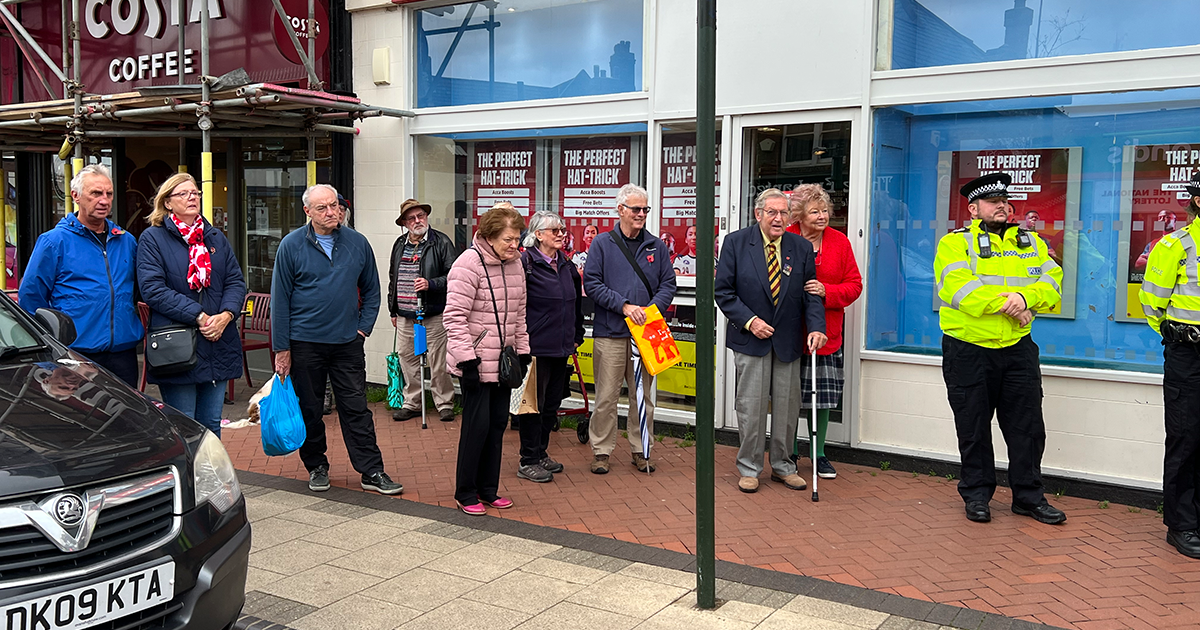