To celebrate Heritage Week, the Hunstanton Civic Society organised tours around Hunstanton’s landmarks that are richly steeped in the town’s history, chiefly Hunstanton Hall, where access into the courtyard is only granted once a year.

Hunstanton Hall, located near St Mary’s Church in Old Hunstanton, was the ancestral home of the eminent Le Strange Family, who were one of the most powerful families in Norfolk from the 15th and 16th century. Public access is limited, but visitors are free to walk the grounds outside the hall on Thursdays.

The principal building of Hunstanton Hall (listed grade I) is a moated country house and is entered through a 17th century arched gateway, leading into a grass outer courtyard bounded to the south by an embattled carrstone wall. Forming the western boundary is the moat with a 15th century red-brick gatehouse. Flanked by wings of carrstone with brick battlements constructed in Gothic and Jacobean style.

Further beyond the gatehouse is another courtyard with a porch of Jacobean Mannerist style that stands alone in the centre following the fire of 1853. The north wing remained roofless for thirty-seven years following the fire of 1951. There is a three-storey High Victorian domestic range added in the 19th century at the end of the north-west return. Behind this a two-storey range said to be part of the earliest house and a 20th century single-storey brick block. There is a carrstone garden wall dated from 1622 that stretches along the moat.

Between 1750 and 1835 that Hall was leased out and sat unoccupied for long periods of time. A fire in 1853 ravaged much of the Hall and further restoration work was carried out. A second fire almost a century later in 1951 caused damage to the Hall once again and subsequently the Hall was divided into private apartments and sold, however the Le Strange family retained ownership of the park and part of the gardens.

Irrefutably the most beloved of the Le Strange family is Henry L’Estrange Styleman Le Strange, whose legacy as the developer of Hunstanton as a resort survives him. Born in 1815, Henry was particularly fond of trees and had a profound interest in nature and thus planted his first tree in what would be known as the Birthday Wood on the estate on his 15th birthday.

Henry was certainly a visionary; he had aspirations to transform Hunstanton into a tourist destination to rival the likes of Brighton and Southend, and in the 1840s he had convinced investors to help fund a railway line to the coast. Sadly, Henry died in 1862 shortly before the line was opened and never got to see his success take fruition.

The Hall survives on in literary and public imagination however, with author P.G. Wodehouse frequently visiting the Hall in the 1920s and 1930s and featuring the house in some of his stories.

There is also the legend of a haunting to do with a much-loved Persian ‘magic’ carpet which once belonged to Dame Armine Le Strange who resided at the hall in the mid-18th century. On her deathbed, she made her son Nicholas promise to keep the carpet safe in the heart of the Hall or else she would return to haunt him.

This promise was kept for 100 years until unsuspecting Emmeline, wife of Hamon Le Strange, cut up and gave away parts of the treasured rug to the poor of Hunstanton. That very night, the inhabitants of the Hall were disturbed by pacing footsteps and a face appeared in the upstairs window with an uncanny resemblance to the portrait of Armine Le Strange. Understandably distressed, Emmeline recovered the pieces of rug, but it was a futile exercise, as it is said Armine can be seen traversing the Hall to this day.

Many thanks to Hunstanton Civic Society and Historic England for their sources. 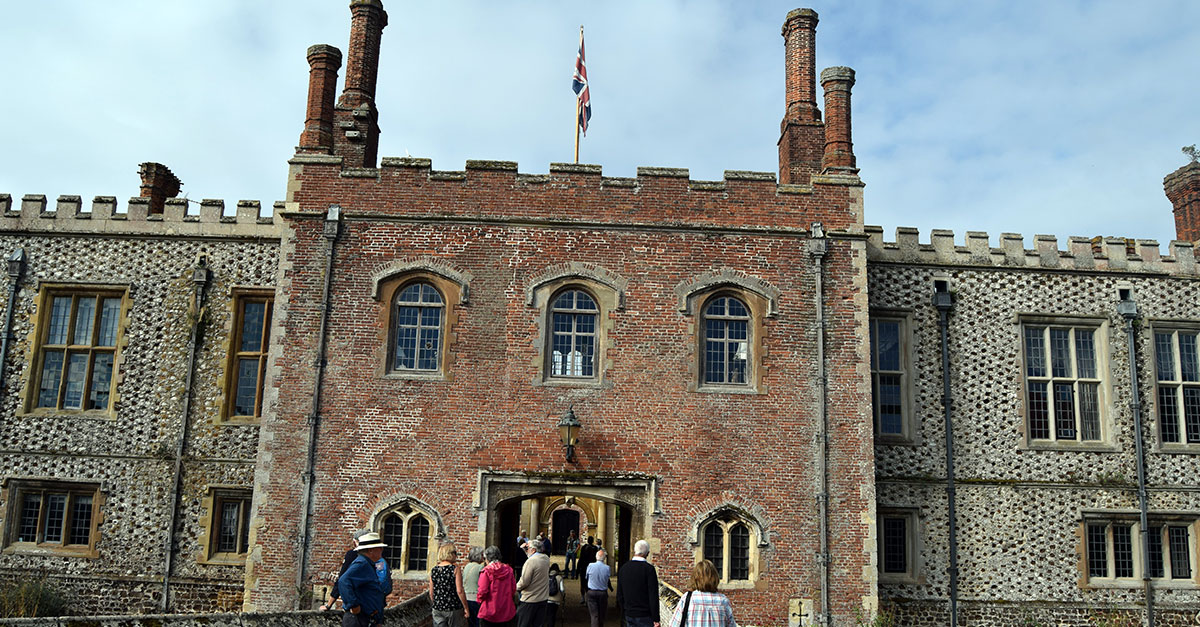 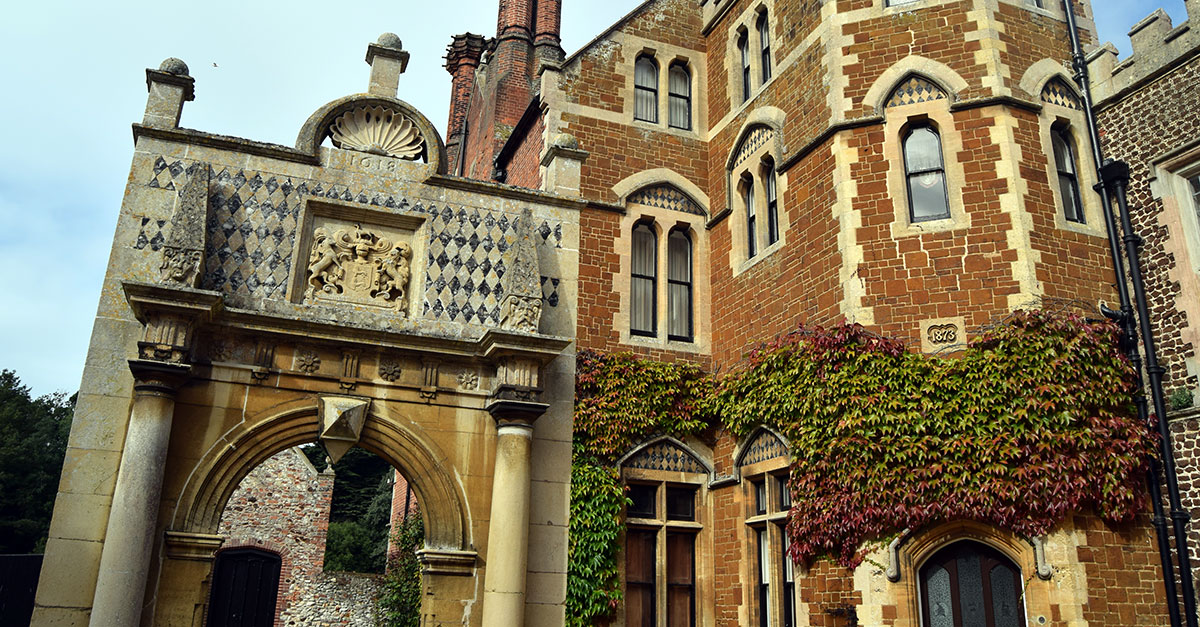