On Love West Norfolk Day, months of work was celebrated at the official opening of the Hunstanton’s Heritage Centre to the sound of the Norwich Pipe Band.

Cutting the ribbon Dr Paul Richards described the centre as “very impressive” and praised the volunteers for their effort.

Formed in 2002, the Hunstanton Civic Society’s motto is Looking to the future, preserving the past… and it was Brian Holmes, who with a dedicated team, in 2103 realised his dream of opening a Heritage Centre for Hunstanton at 15 The Green when Derek and Solveig Ward agreed to let the Civic Society use their former shop premises rent free. Over recent years around 10,000 visitors passed through the centre’s doors until its closure in February last year following the sale of the property. 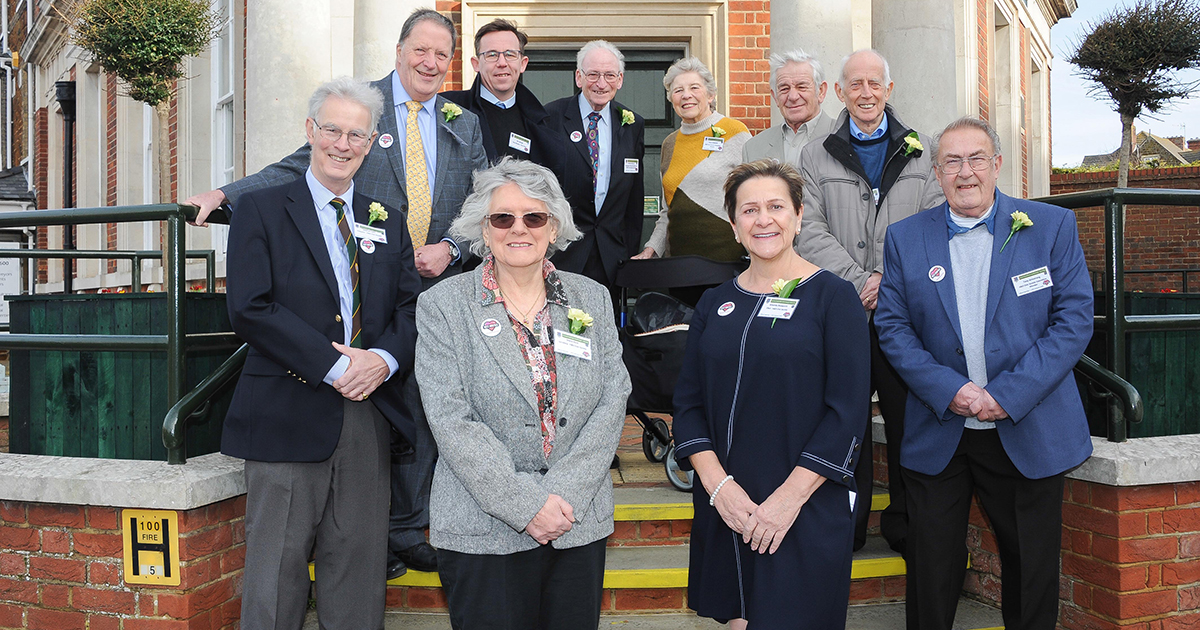 Stepping up and providing a new home for this historical gem, the ‘Hero of Haiti’, retired consultant surgeon Andrew Murray, purchased the former Nat West Bank on the corner of Northgate and Greevegate. In 2010 Andrew responded to the call for surgeons after the Haiti earthquake, and operated on victims in a tented surgery in Port-au-Prince. 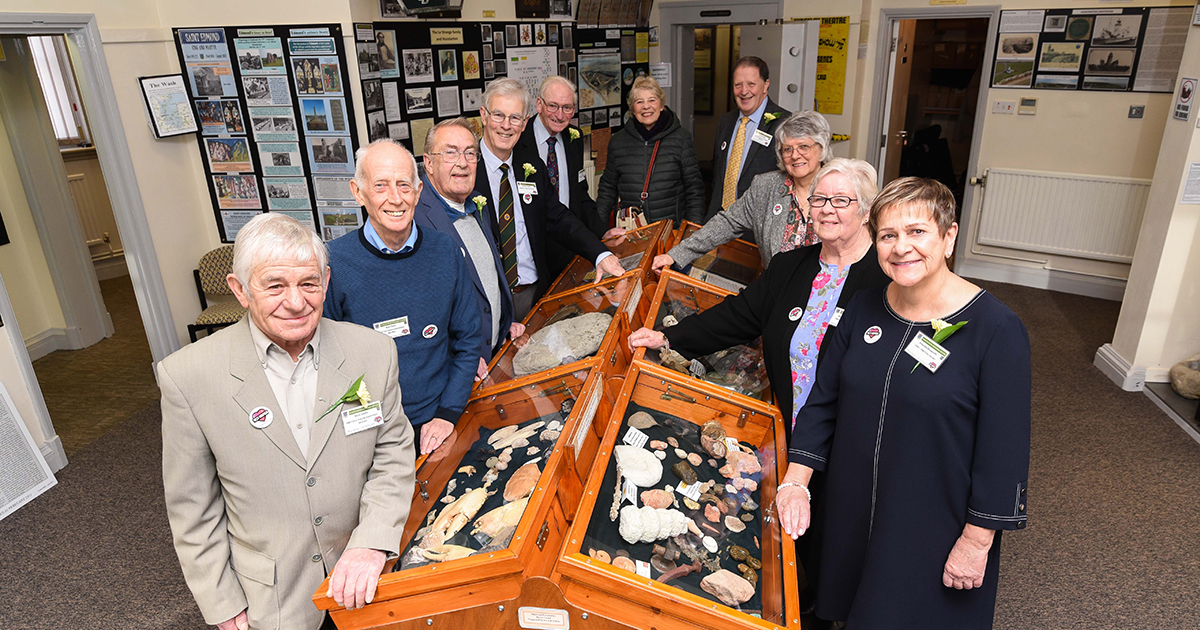 The exhibits in the centre offer a fascinating journey through Hunstanton’s past from the Neolithic/Bronze age to the present day.

The National Chairman of Civic Voice, Ian Harvey, who works with 275 communities across the country said: “This is simply awe inspiring; what has been achieved here is up with the very best.

“You are fulfilling an essential role in the community, sharing stories that should be known nationally, and I am looking forward to spreading the story of Hunstanton.”

Thanking the guests and all who are involved in the project, Civic Society Chairman Amanda Bosworth said: “The next challenge is to raise the funds and investigate grants to repay our generous benefactor Andrew, without whom we would not be here today, and secure the future of the Heritage Centre for the next generation.” 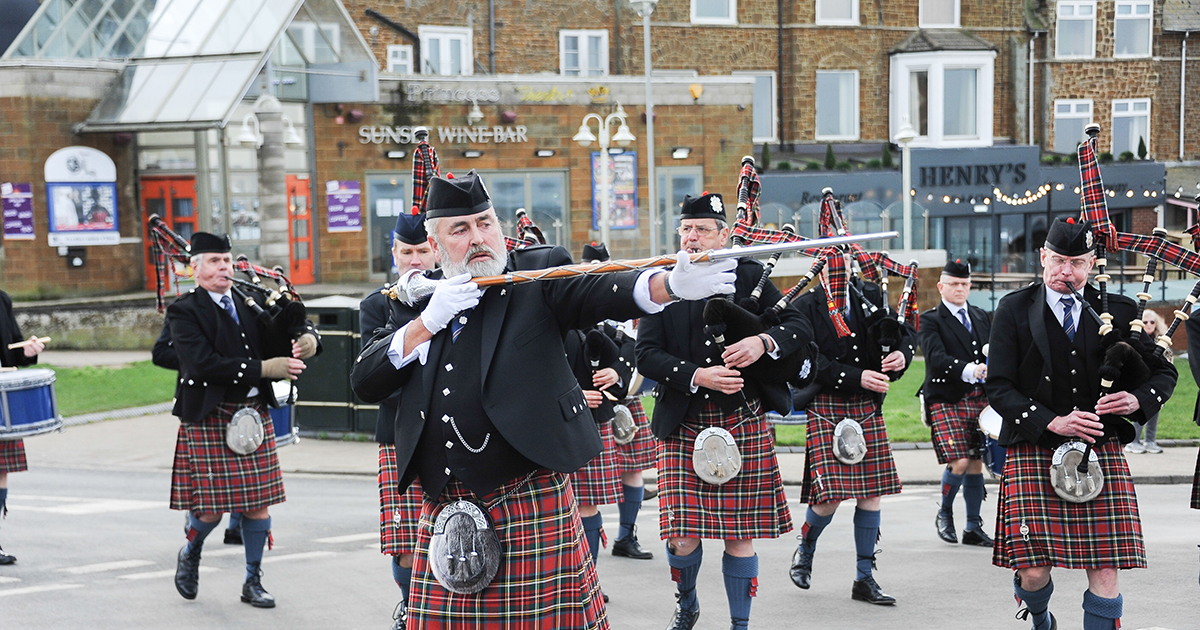 The Norwich Pipe Band march around the town 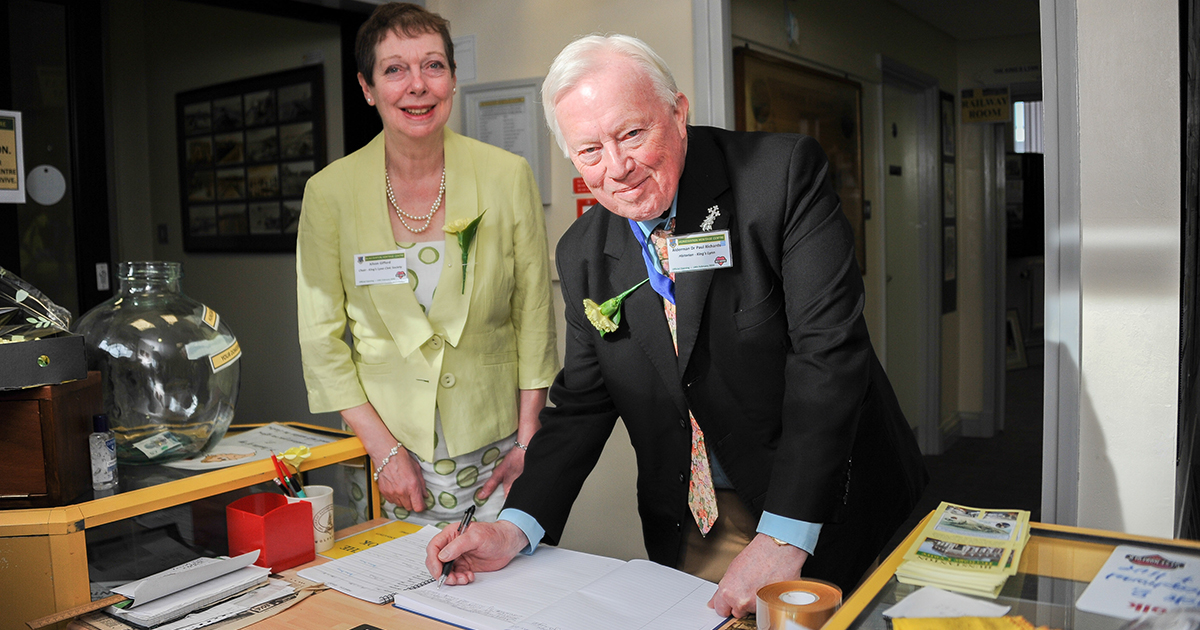 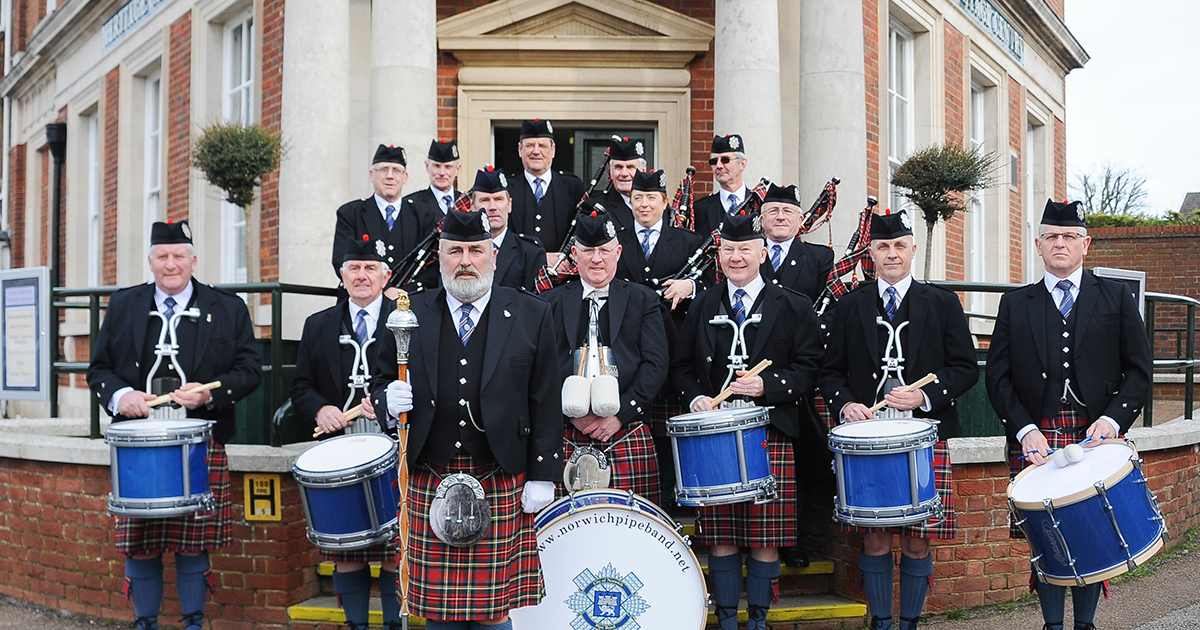