Saturday 10th August saw the Norfolk Fire and Rescue crew host their annual open day at Hunstanton fire station to inform the public about just what it means to be saving lives every day.

Prospective crew and families were treated to displays such as car accident roleplay and using the firehose on a tall building to demonstrate the vast scenarios that the crew deal with on a daily basis.

Hunstanton RNLI were also on hand to give a talk on being safe around water. Other organisations supporting the open day were NARS (Norfolk Accident and Rescue), East Anglian Air Ambulance (EAAA), Hunstanton Coastguard and Careline from the King’s Lynn and West Norfolk Borough Council.

They raised a total of £700 for the national Firefighters charity during the course of the day.

Hunstanton-based firefighter David Cleland said: “Today we had an open day to invite people into the station to let them know what we do, introduce them to the fire service, showcase our cadets and we organised some displays.”

“We’re doing a recruitment drive to let people know we’re still looking for retained firefighters and we’re recruiting for our cadets and raising money for the Firefighters Charity, a national charity which helps firefighters inside and outside of work.”

“We go to rescues, we assist other agencies, we deal with road traffic collisions, fires, and particularly in Hunstanton we go to flooding where we have tidal and flash floods. We go to such a variety of jobs and you never know what you’re going to.”

“Being a firefighter involves being on call during the day and their employers allowing them to leave if their pager goes off. For me, it’s about helping your community, helping people in need and it’s actually rewarding.”

If you are interested in joining the Norfolk Fire and Rescue crew or cadets and you missed the open day you can pop into the station on Monday evenings for an informal chat. 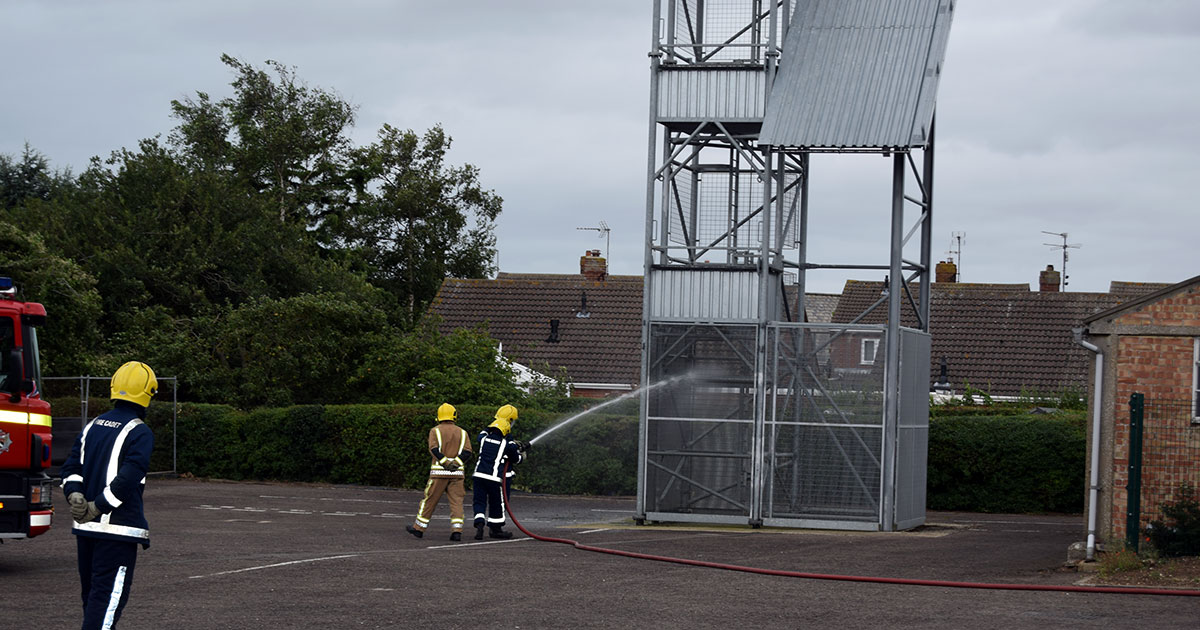