Kiko Matthews, 38, who broke the female cross Atlantic solo rowing record in 2018 is now aiming to cycle 7200km of the Great British coastline, including norther part of Ireland and Outer Hebrides, participating in over 70 beach cleans along the way. She is coming to clean up Hunstanton's beach on Tuesday 23rd July at 5.30pm, meeting outside of the Oasis.

Kiko Matthews, 38, who broke the female cross Atlantic solo rowing record in 2018 is now aiming to cycle 7200km of the Great British coastline, including norther part of Ireland and Outer Hebrides, participating in over 70 beach cleans along the way.

Matthews, who went into the record books on March 22, 2018 had never rowed before, never been to sea and had brain surgery 6 months before her departure, made the crossing in 49 days. She raised over £100,000 for Kings College Hospital, the hospital that has twice saved her life.

She built a community of women and girls to support her in the run up to and during the crossing saying: “I needed a community to support me whilst I was alone at sea and in exchange I wanted to show these women that anything is possible if you work together and support each other.” With this in mind, she is now aiming to bring communities together whilst engaging and educating them on the issue of plastics in our oceans.

Departing from London on the 5th May, the first 7 legs of the Kik-Plastic tour have seen Kiko and team work with 67 groups and local organisations to help collect 1.7 tonnes of waste and engage 1,113 volunteers, taking the opportunity to expand the growing beach clean network around the UK. “I am working with individuals and existing organisations such as the Marine Conservation Society, Keep Britain Tidy, the Royal National Lifeboat Institution (RNLI) and British Kitesurfing Association, to help me reach as many people as possible.”

Cycling approximately 60 miles per day for nearly 3 months, Kiko is encouraging all interested cyclists to join as well. This challenge isn’t just about cleaning up our beaches, it aims to bring communities together and is a great excuse to get outside with nature and do something positive for the planet and our health and well-being, all at once.”

It is now estimated that micro-plastics are in every marine animal on our coastlines, as well as in our drinking water and the food we eat. By 2050, it is estimated there will be more plastic in our oceans than fish. Matthews wants to drive home the message that ‘we all need to take responsibility for the planet and that our everyday actions have lasting effects.’

Join Kiko Matthews for a beach clean as she cycles 7200km around the UK coastline on the Kik Plastic tour, building a community against plastic. Meeting by the Oasis Alive Centre, Hunstanton on 23rd July at 5.30pm. Equipment provided but bring gloves! Before you head out, double check the weather forecast and make sure you dress appropriately. In particular, we recommend sturdy, closed shoes (no exposed toes!) and some thick gardening gloves to protect your hands.

In partnership with Keep Britain Tidy and sponsored by VeloVixen - Home of Women's Cycling Kit. 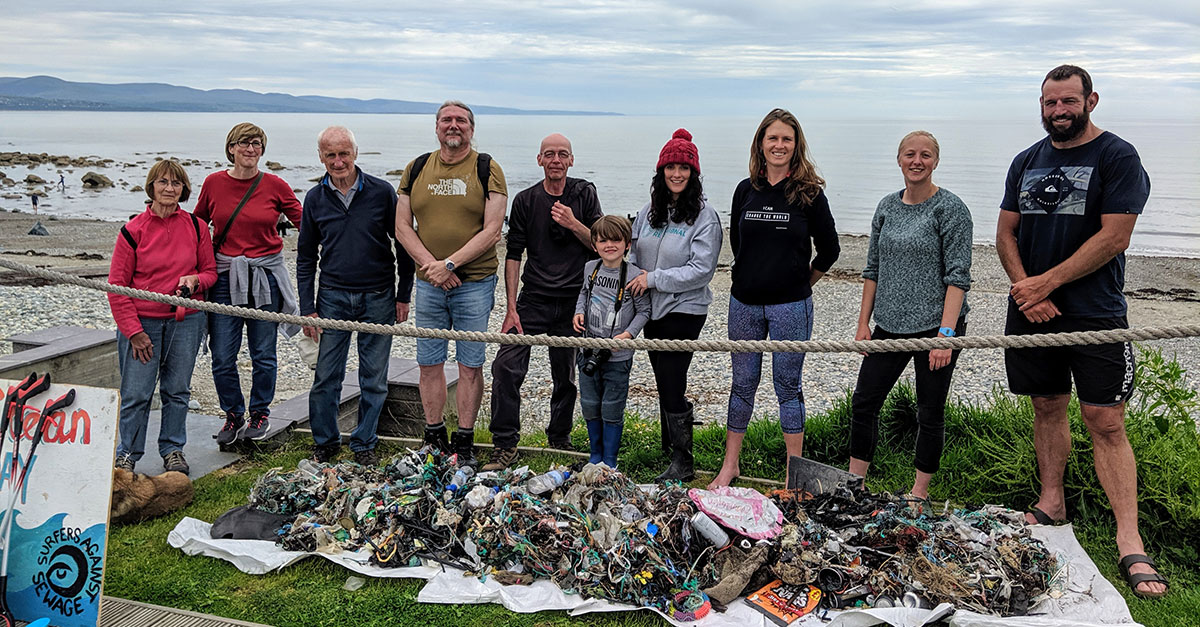