However, it was Hunny's Heroes who managed to keep their nerve, leapfrogging Graham's Allstars to claim the title and cap a fine season that started way back in October. After a relatively sedate start in the league, the family team of Rob Yarrow, Tom Yarrow and Alfie Yarrow slowly began to show their metal as the season progressed. It was no coincidence their fine run coincided with the ever improving performances of youngster Alfie Yarrow. 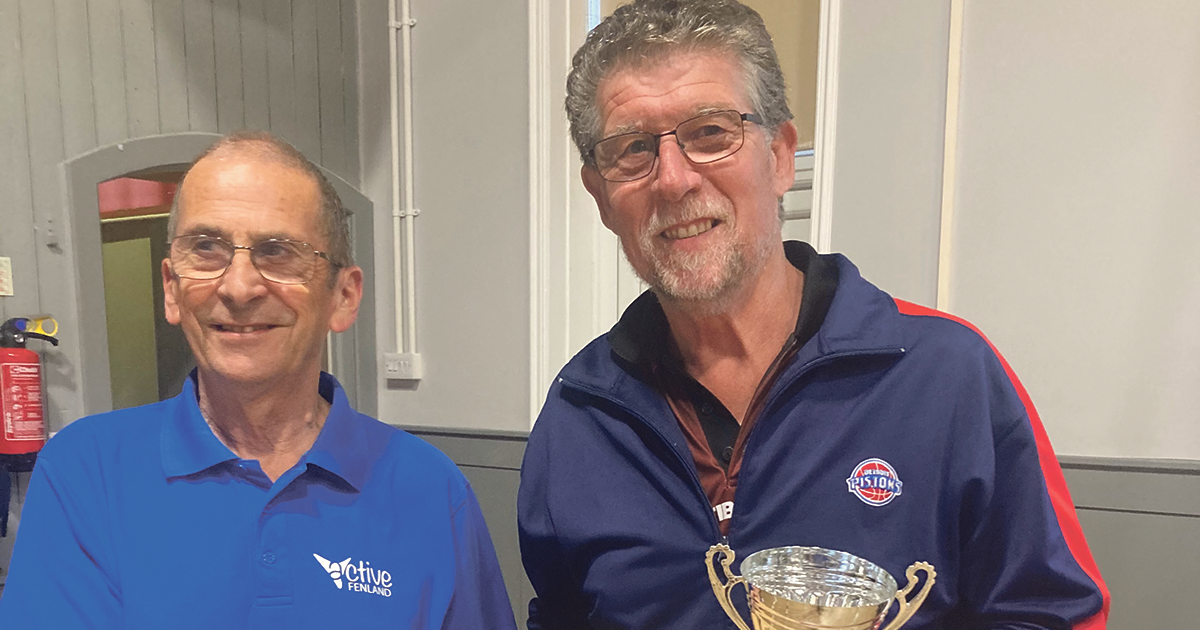 Open winner and runner up - Mike Forth (left) and Paul Waterman

The season was completed by a number of tournaments. The first, an Open event, was won by Paul Waterman who defeated Mike Forth in the final. Not to be outdone, Mike Forth managed to win the Handicap Open, putting an end to Bob Richardson’s remarkable run to the final. Tony Trayford won the Handicap Open Plate competition, overcoming a spirited challenge from Eileen Needham. The final event of the season, the popular hard bat tournament, which meant players had to use traditional bats in seeded pairings. This proved a great leveller, but it was David Bourne and Barry Lemel who acclimatised best and managed to weave a path to the final where they took the title in a five set humdinger of a match. 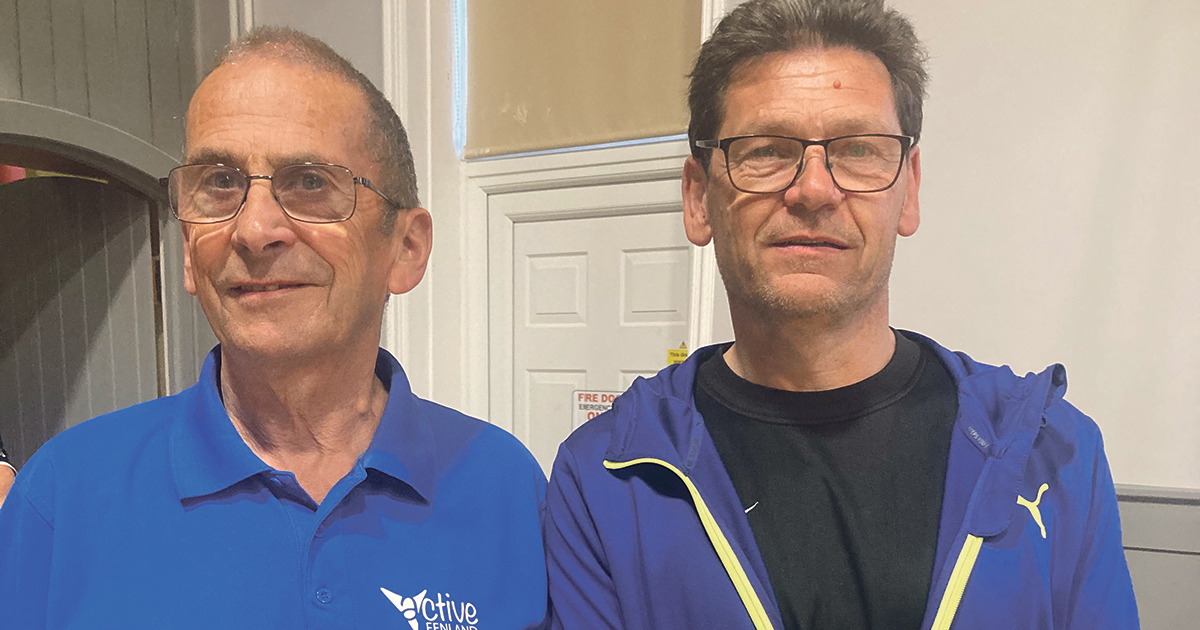 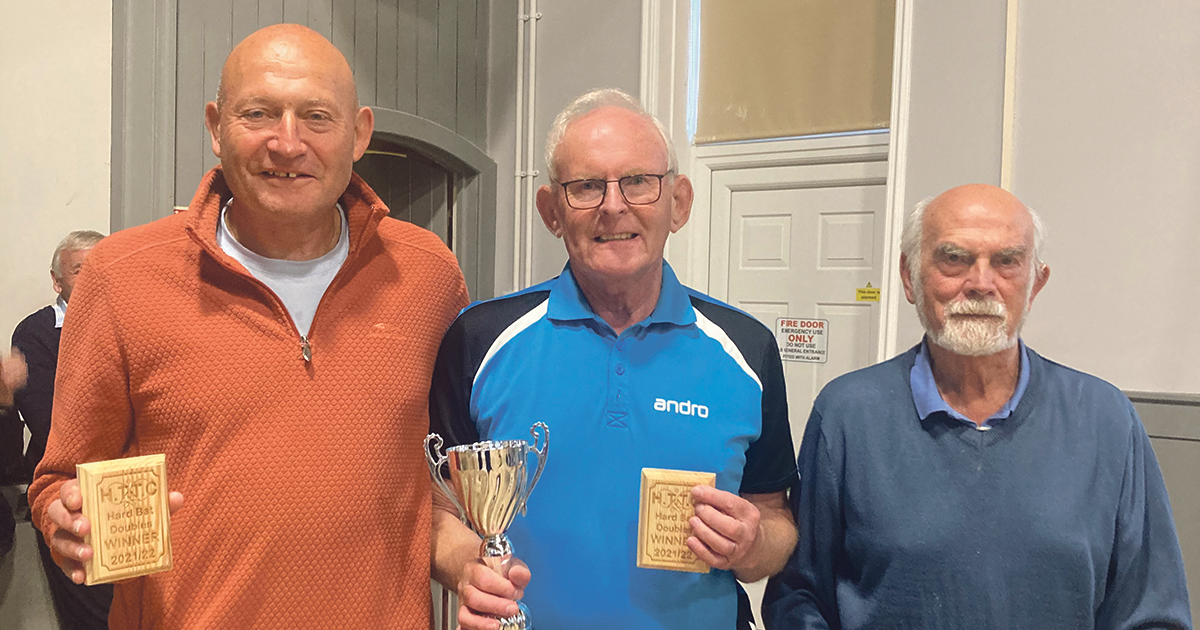 Malcolm Diggins, who initially set the league up, received a warm reception as he stood up to present the trophies at the awards ceremony. The biggest cheer of the evening, however, was saved for Alan Jones, who recently featured in Town & Around’s In the Spotlight feature, as he was awarded The Special Trophy. Rob Yarrow also thanked the club for helping Alfie’s progress as, without their help, he would not be where he is. Alfie is presently in the top 200 for his age group in the country. Having only recently been selected for the County, 2023 looks set to be a big year for him. 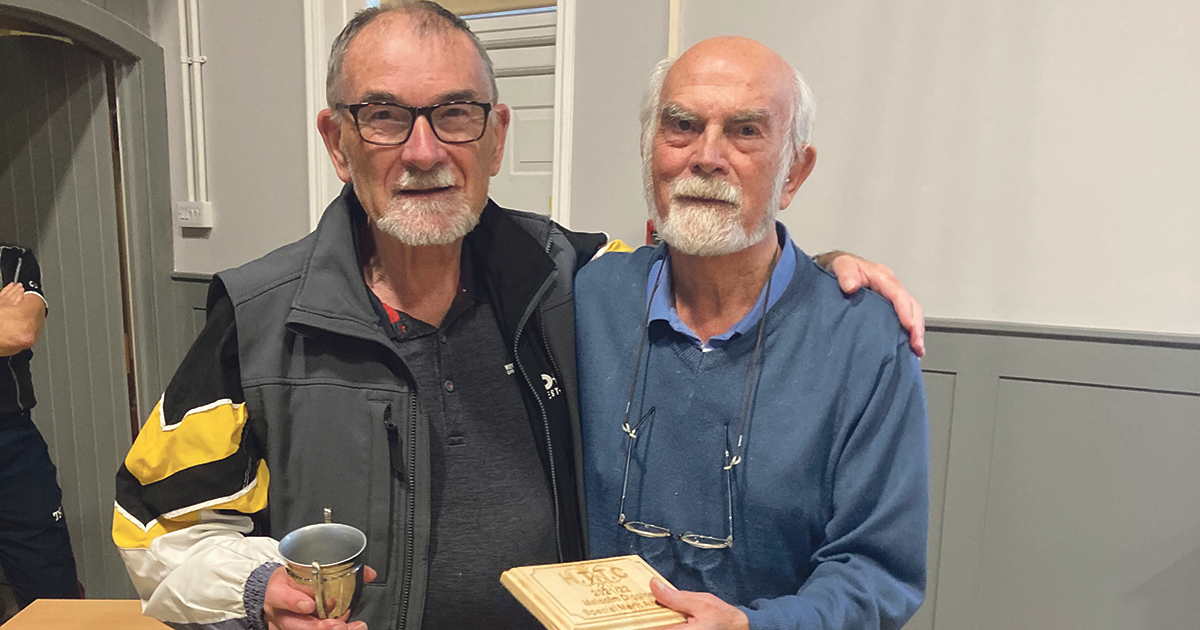 Over 30 players participated throughout the season proving just how popular this league is. Whilst the league will break for the Summer, practice sessions will begin again in September, with the 2022/23 league due to commence in October. All new players, young, old, experienced or inexperienced are invited down. For more information please contact Jim Race at jimrace@jayars.co.uk or Stephen Jackson at scjacko@gmail.com .