Home just in time for Christmas

“It has been over 15 years since we last rehabilitated a seal with this condition” said Kieran.

As soon as you meet Jon Bon Jovi you can see his peculiarity – the red eyes are a key characteristic of his condition. The question of his level of sight was raised upon his arrival but Jon Bon Jovi was given a chance to recovery as partially sighted seals have been successfully rehabilitated in previous years and besides missing some pigmentation, he is a healthy seal.

After two months in the Seal Hospital, the Animal Care Team were getting concerned that whilst he was eating fine he wasn’t making any attempt to feed himself and would ignore the fish in the pool. In order to determine what level of sight he had, a trip to the optician would be needed but the Animal Care Team at SEA LIFE Hunstanton were sure he wasn’t going to sit nicely in the chair at Specsavers!

A visit to some specialist ophthalmologist “angels” at Animal Health Newmarket was essential for Jon Bon Jovi’s rehabilitation.

“He was the perfect patient and behaved very well whilst the team did their examination.” Said Hollie Stephenson, senior aquarist at SEA LIFE Hunstanton 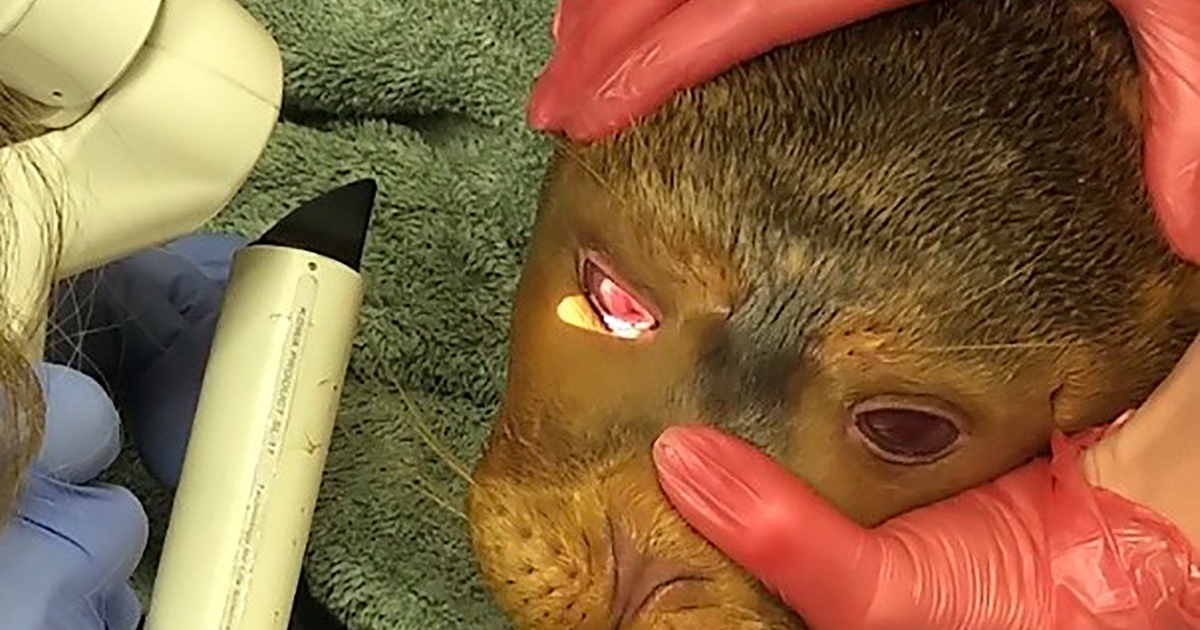 “The results revealed his eyes are perfectly normal, and the developmental delay wasn’t because he couldn’t see the fish but because he is photophobic. The only way to tell how sensitive to the light he is would be to take him back home and try dimming his surroundings and seeing how he gets on” continued Hollie.

Within days of turning his lights off and dimming the surrounding Seal Hospital area Jon Bon Jovi started feeding himself! He was then moved to a bigger pool to build up muscle tone to prepare him for release.

According to the SEA LIFE vet team the dark, murky water of the sea would provide the perfect environmental conditions for his photophobia, and would give him more opportunities to get away from bright light.

At 35 kilos Jon Bon Jovi is now ready to live his life in his natural habitat. After such an extensive rehab period, and with his photophobia, the SEA LIFE Hunstanton Team would like to help him one last time by taking him out to the Seal Colony and putting him immediately into the deep water. There he will be able to learn from the adult seals the best places to find food and live a long and happy life.

SEA LIFE Hunstanton team, for this reason, is looking for a boat trip donation as a special Christmas present for Jon Bon Jovi and help them with his release.