Hitching a ride with a taxi, ambulance or hearse this Christmas?

It's Christmas party season and we know it can be all too tempting to get a bit carried away with the festivities.

To offer a visual of the possible consequences of drink driving, Norfolk Fire and Rescue set up a demonstration of a crash outside their station in North Lynn on Saturday 7th December.

The team attend many incidents like these and are hoping to prevent them happening in the first place by showing the consequences of unsafe driving.

In December 2017, police officers stopped over 98,000 vehicles and administered over 91,000 breath tests, of which 5,922 were positive, refused or failed, according to the NPCC. 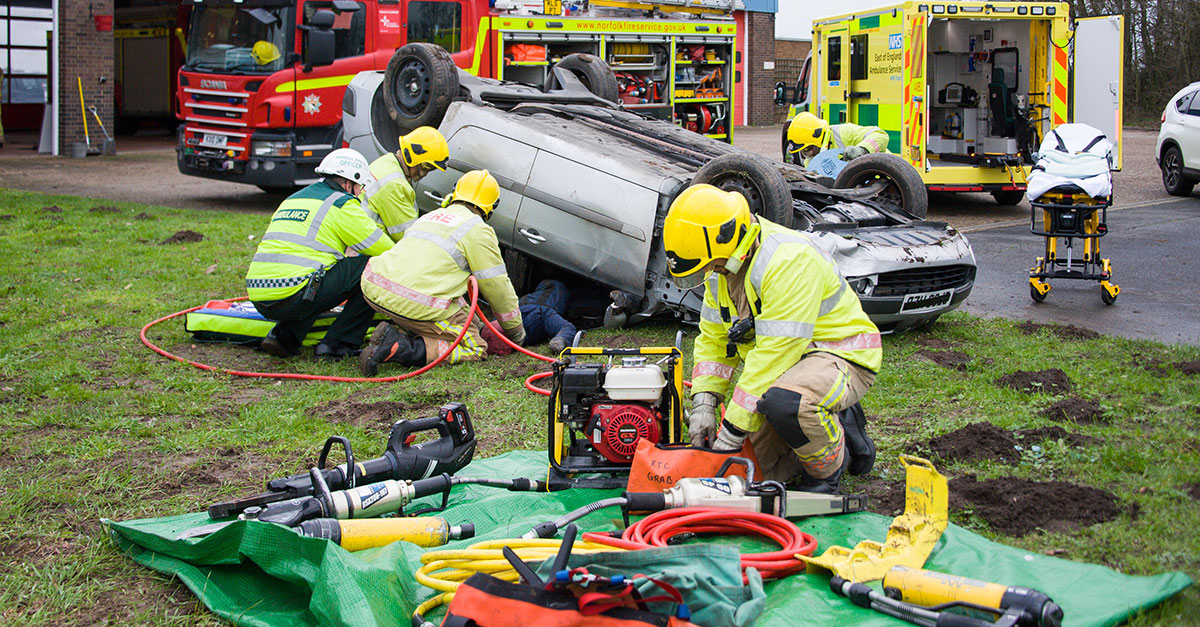 Despite the dramatic fall of drinking and driving in the last thirty years, over 200 people are killed each year in drink drive accidents.

It comes after a report from the Department for Transport which revealed drink drive deaths have hit the highest rate in nearly a decade.

Many of the functions that we rely on to drive safely are impaired after drinking alcohol, such as delayed reaction times, blurred and double vision, increased risk-taking and difficulty in processing information.