This is an exclusive partnership, with Heacham Minors FC being the only club in the area to offer this facility.

Heacham Minors FC have secured a partnership with a worldwide recognised brand in Coerver for the next two seasons.

Coerver® Coaching is the No1 Global football education development programme used by over 1 million players, parents & coaches in 47 countries over the last 36 years. It was inspired by the teachings of Netherlands coach named Wiel Coerver, a winner of the Dutch League as a player and the UEFA Cup as a manager, and founded by Alfred Galustian and Charlie Cooke. The main aim of Coerver® Coaching is to develop skilled, confident, creative players who can influence gameplay and effectively combine with teammates or excel in 1 v 1 attack or defensive situations. In simple terms it combines practical play with theoretical insight, through specific coaching techniques.

It has been used at football clubs across the world including Bayer Munich, Arsenal, Benfica Paris St Germain to name but a few and football federations like France, Japan, China & Australia. The system includes: 148 ball mastery skill exercises 48 ball mastery moves 24 feint moves 14 change of direction, a 56-second factor and much more. As a Partner Club, Heacham Minors aim to use this system alongside existing expertise to develop the future stars of tomorrow.

Heacham Minors FC also has priority invites to special international training events coordinated with world-class pro clubs such as Real Madrid C.F. and S.L. Benfica, with opportunities available for players to attend the Coerver® Performance Academy and develop skills based on the styles of world-renowned football players who have been exposed to the Coerver system. 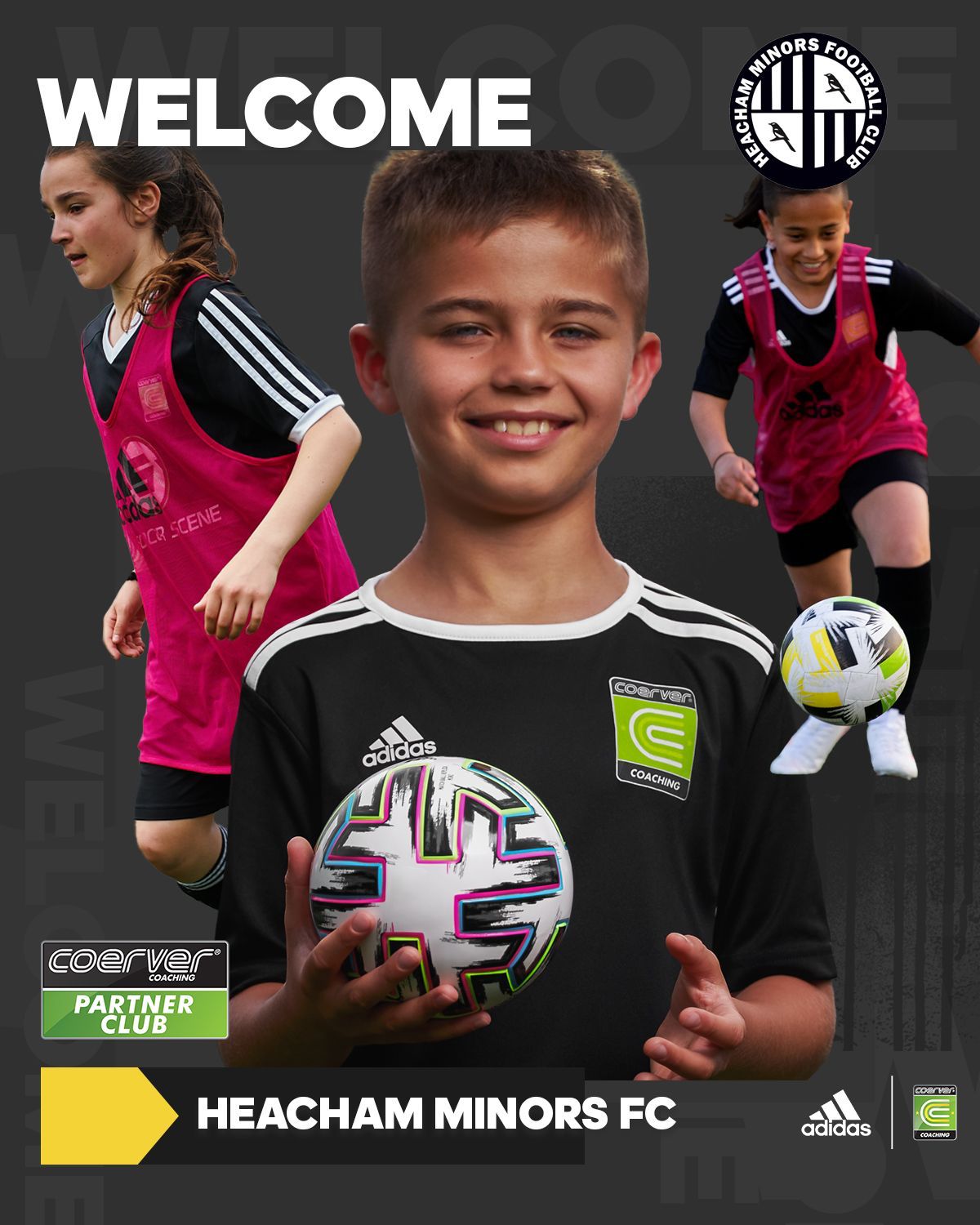 Personal development plans are implemented, designed to maximise the player’s improvement and potential. Internet-based curriculums allow parents, players and coaches to compliment and support training sessions throughout the season. There are also educational programmes for coaches that are designed to maximise training sessions based on the Coerver® coaching methodology.

Rick Gower, Director of Heacham Minors FC, first came across the technique from friend and ex Norwich City and Southend United player Che Wilson when he oversaw a project to redeploy English and overseas ex-professional footballers into the New Zealand football structure. Now based locally, Rick has masterminded the tie up with Coever. He said: “By using this system in addition to our existing coaching expertise and experience, we end up with a professional, safe and fun learning environment for our minor teams which enhances their experience.

“We will also be introducing Coerver X, which is a new virtual, high intensity, ball mastery programme which will supercharge the younger player’s game.

“Sessions can be accessed anywhere and anytime on any device, all you need is a small space and a ball, which means players can improve their skills away from the training ground.

“It is an exciting time and we have already seen huge progress amongst the girls teams in the first few months”.

For more information about joining Heacham Minors FC, which covers girls and boys football from the ages of 5 to 16, please contact Nathan on 07811 629910.