Heacham home care company takes its message to the street

The well-being of elderly friends and family, and advice on services to help keep loved ones independent and in their own homes were the main topics of conversation during a popular high street pop-up run by care leaders in West Norfolk.

Extra Hands, based in Heacham, opened a temporary home in the Vancouver Quarter where they highlighted the issue of caring with the King's Lynn shopping centre's visitors over a two week period.

The West Norfolk home care company, whose Heacham operation was rated outstanding by the Care Quality Commission, invited other organisations linked with the care industry to share their space to create a unique one-stop information centre.

Anita Walter, public relations and marketing director at Extra Hands, was delighted by the steady flow of interested and curious shoppers, and she said they hope to run a similar event again.

The well-being check-up service offered by the award-winning Extra Hands, which has been providing care and help for more than 25 years in the county, was also of particular interest to passers-by.

"We were the first home care provider in the county to offer this service for carers who need to be reassured when they cannot make their usual calls and now this service is in its fifth year and continues to grow in popularity as our pop-up event showed with the amount of people who mentioned it."

A variety of professionals from organisations including the Care and Repair service run by West Norfolk Council, the independent living service Lily and Wiltshire Farm Foods all spent a day with Extra Hands, which also has offices in Horsham St Faith near Norwich, over the fortnight it was at the temporary Broad Street address.

Anita continued: “Our visitor from Wiltshire Farm Foods came along with hot soup and cake, which drew even more people in because it was such a cold day. It was really nice to meet so many people and offer them advice and information they may not have been aware of." 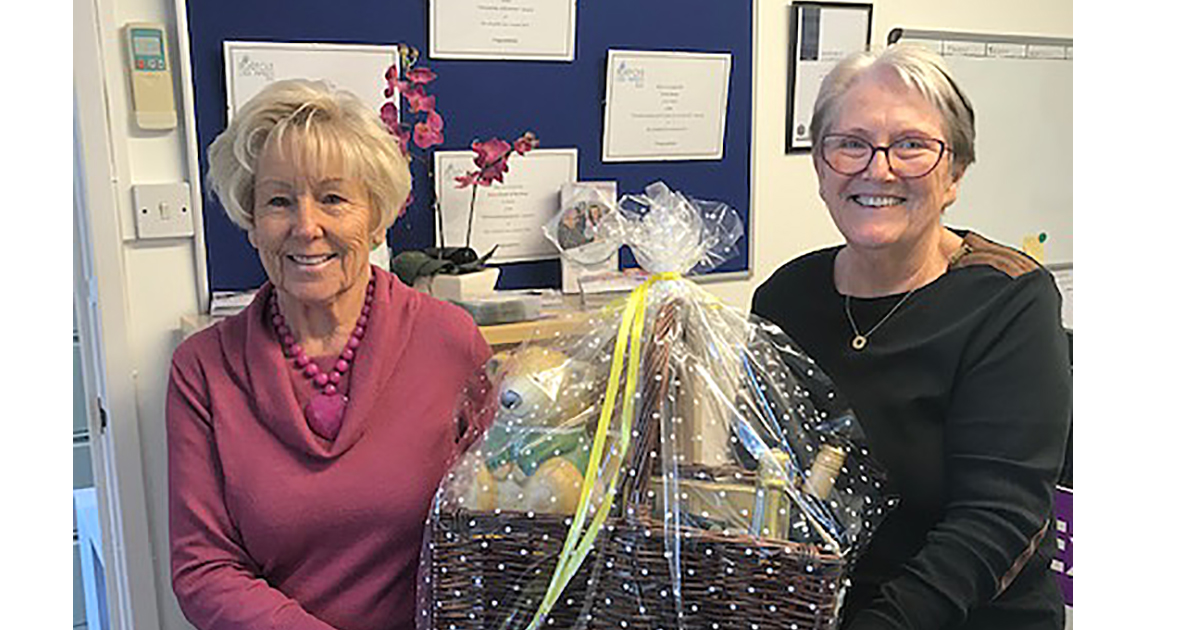 The winner of a prize draw held during the fortnight was Gill Brown, of Hunstanton, who was presented with a bumper hamper of goodies by Extra Hands founder Hazel Evans.