They've only gone and done it!

Heacham Football club are champions of the Anglian Combination Premier Division. They have also secured promotion to the Thurlow Nunn League for the first time in their history. Make no bones about it, this is a monumental achievement in Norfolk footballing circles.

The club should be proud of their achievement, from the chairman, supporters club, management, players, fans, youth teams, sponsors all the way through to the backroom staff, everyone involved in the club warrants recognition in this success.

The highest attendance of the season were certainly not left disappointed. Tensions ran high, as a win was needed to secure the title. Add a potential reliance on results elsewhere created a pressure pot atmosphere. 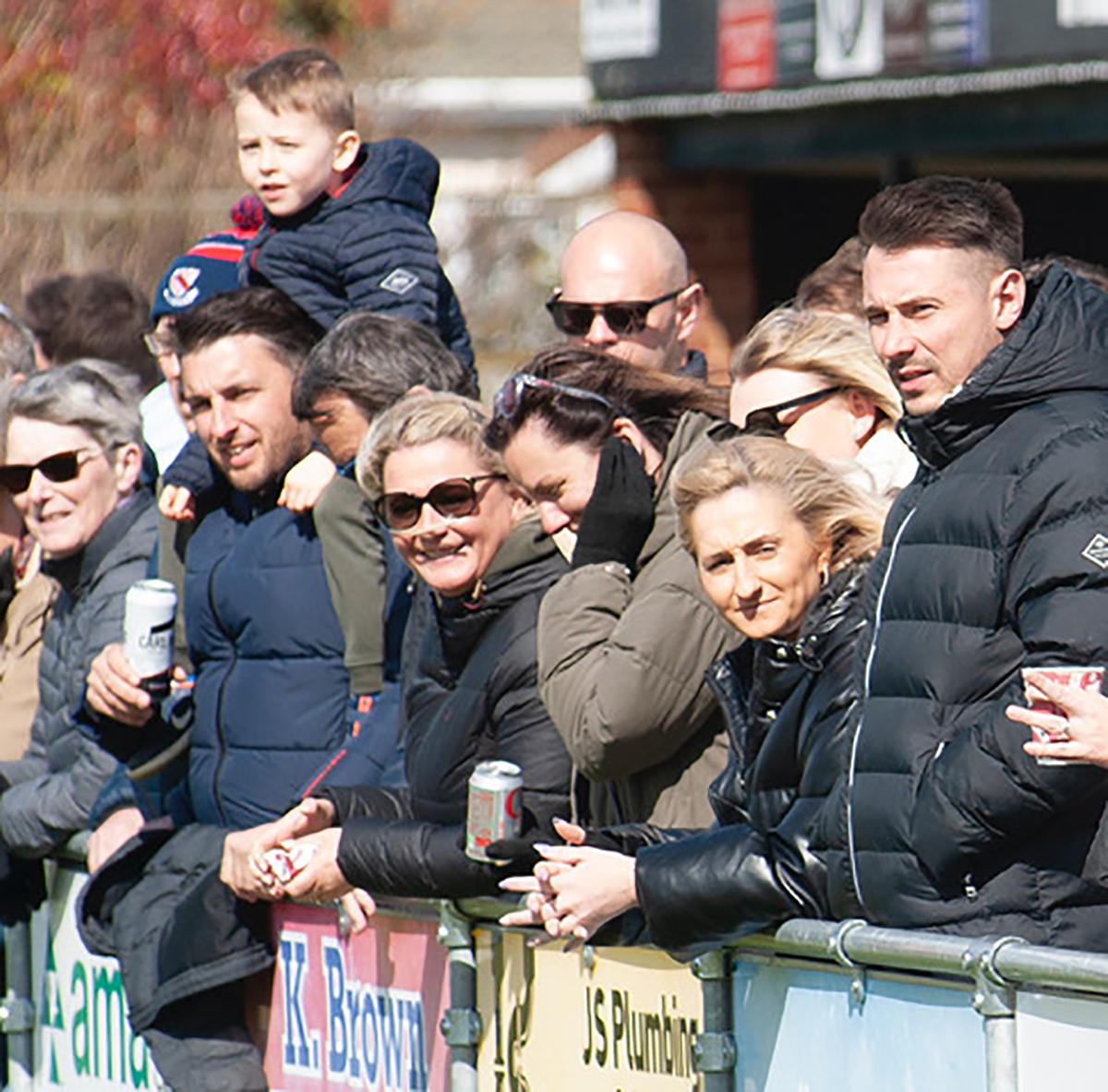 A buoyant Norwich side didn’t make things easy either, certainly not here to make the numbers up. Belying their lowly league position, they quickly proved their intention with an aggressive start and plainly talented front line. Unbeaten in six games, they took the game to their hosts from the outset. However, as the visitors were denied a penalty, an invigorated Heacham quickly earned a penalty themselves through live-wire Nathan Davies, who dusted himself down from an awkward challenge to make it 1-0. Unaware of results elsewhere, you could still sense a tension in the air with such a fragile lead at half time. With the game still on a knife edge, John Flanagan, yet again, rose to the occasion as he has done so many times this season, slotting in a second. You could feel the tension disperse, before he added a third goal. A fourth goal turned the game into an exhibition match - Ben Coe, one of the most unconventional yet talented players to grace this playing surface, stealing the show, with a stunning 25 yarder volley. The place erupted. His teammate’s reaction to the goal showing how pivotal this player has been to this team’s success this season. Whilst every player has been a ‘player of the season’ this year, every successful team needs a Ben Coe. There are of course many unsung heroes in the squad, including captain, Ed Tann, and today’s man of the match, Royce Rawlings. To cap a good day at the office, the ever lively Connor Young popped up with a a fifth to add icing to the cake. This game summed up Heacham’s season, an opponent, posed a challenge, outwitted, then suitably dispatched. Heacham were simply too good. These three points meant nearest rivals,, Dussindale & Hellesdon Rovers, could no longer catch Heacham, who still have 6 games left to play. 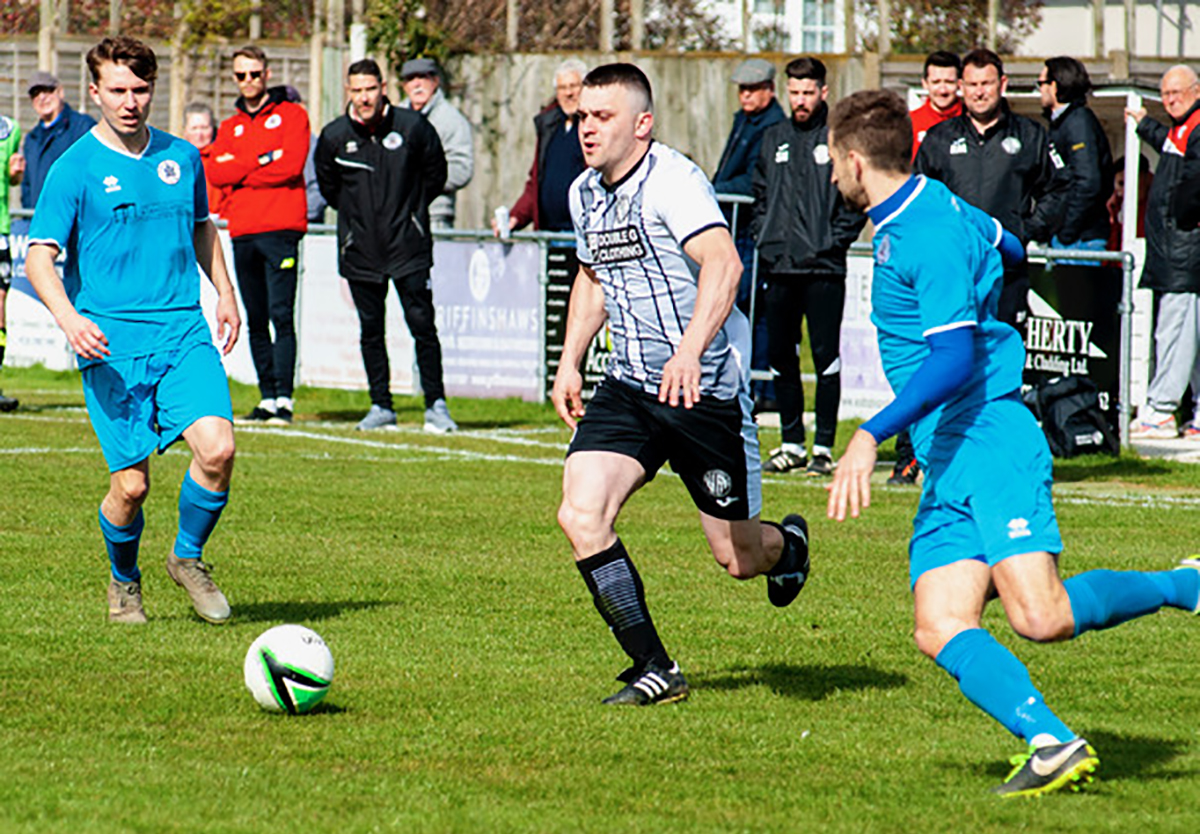 Their attacking style of play as well as an ability to stand up and be counted throughout the squad in, it has to be said, some very feisty encounters has meant the accolades are fully merited. The strategic nous of management duo, David Griggs and Ross McNeil, as a well as coach Sean McQuaid, warrants special recognition. It’s probably unfair to pick out individuals, as it has been a great team effort across the board, but there is no mistaking that the front line of Nathan Davies, John Flanagan and Fletcher Toll (plus a fit Jack Defty) have given opposition defences nightmares all season. 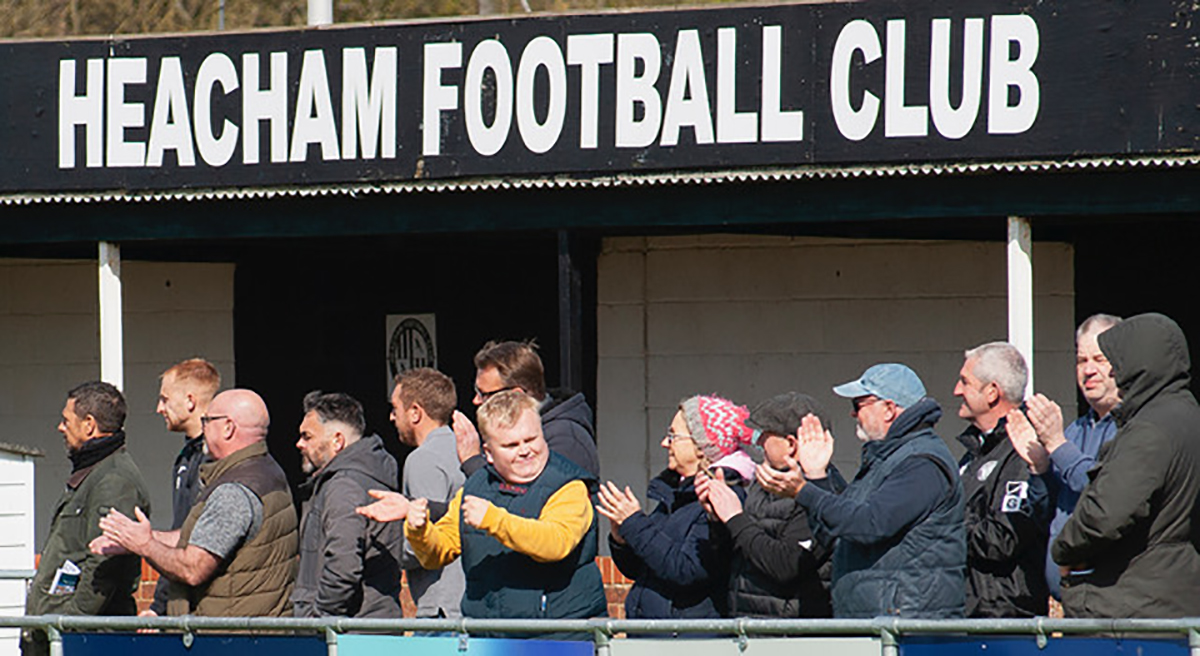 Jubilant chairman, Dave Page, was understandably overwhelmed, ecstatic and delighted in equal measure. Whilst his first comment is unprintable in a family magazine, his second summed up the achievement well, “I’m speechless”.

Formed in 1907, the club only joined the Anglian Combination League in 2015, so to top the league in such a short space of time makes this triumph even more remarkable and is testament to a solid foundation throughout. Combined with a superbly run youth set up, the future really does look rosy for this humble West Norfolk football club. 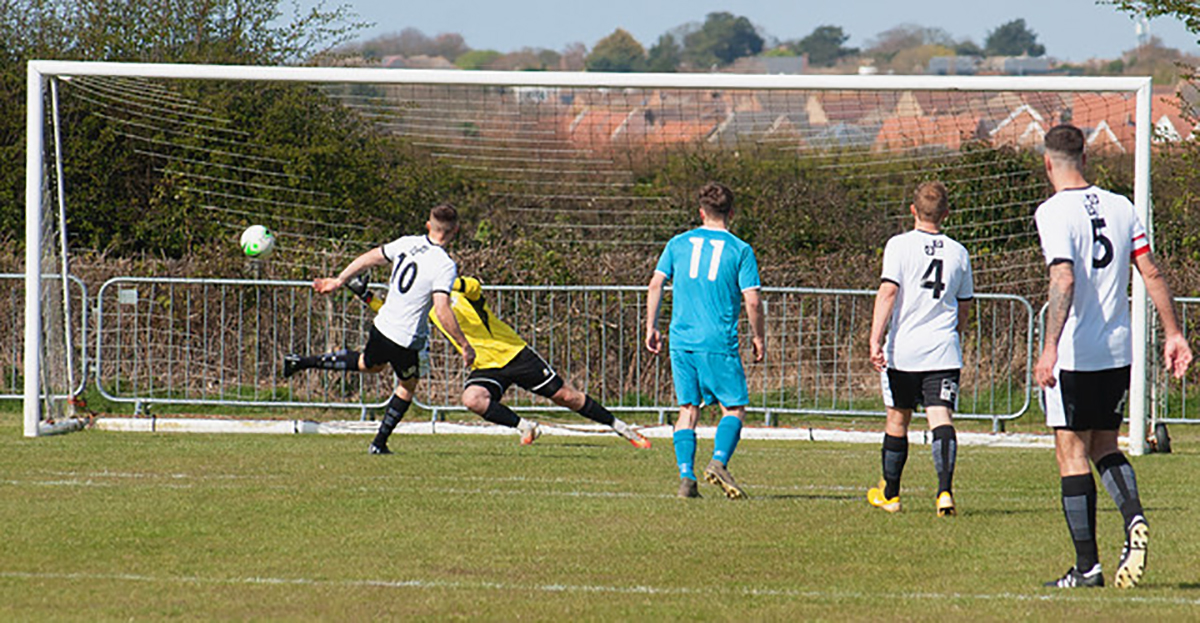 Whilst this squad of players is more than capable of playing at a higher level - some of whom have played there already - seriously tougher games lie in wait next season against the likes of Swaffham Town, Diss Town and Great Yarmouth. Let’s hope the tight fit camaraderie and loyalty of this season’s popular and talented squad are retained, developed and carried forward into next season. One door that does open, is automatic entry into the FA Vase. With this year’s Wembley finalists, Littlehampton Town and Newport Pagnell Town, only playing one division higher than Heacham’s new position in the FA Non-League pyramid system, you can but dream.

For the moment, however, the Magpies have earned their right to bathe in the rays of success and enjoy their achievement this Summer.