A scheme that recycles metal from medical implants after cremation donates the proceeds to charities twice a year.

The Mintlyn Crematorium that is managed by the Borough council is a member of the scheme which is operated by the Institute of Cemetery and Crematorium Management (ICCM).

Under the scheme metal from medical implants is recycled after cremation, with the consent of the family of the deceased. Twice a year the institute asks its scheme members to nominate local charities, which help to support people to cope with the death of loved ones, to receive a donation. 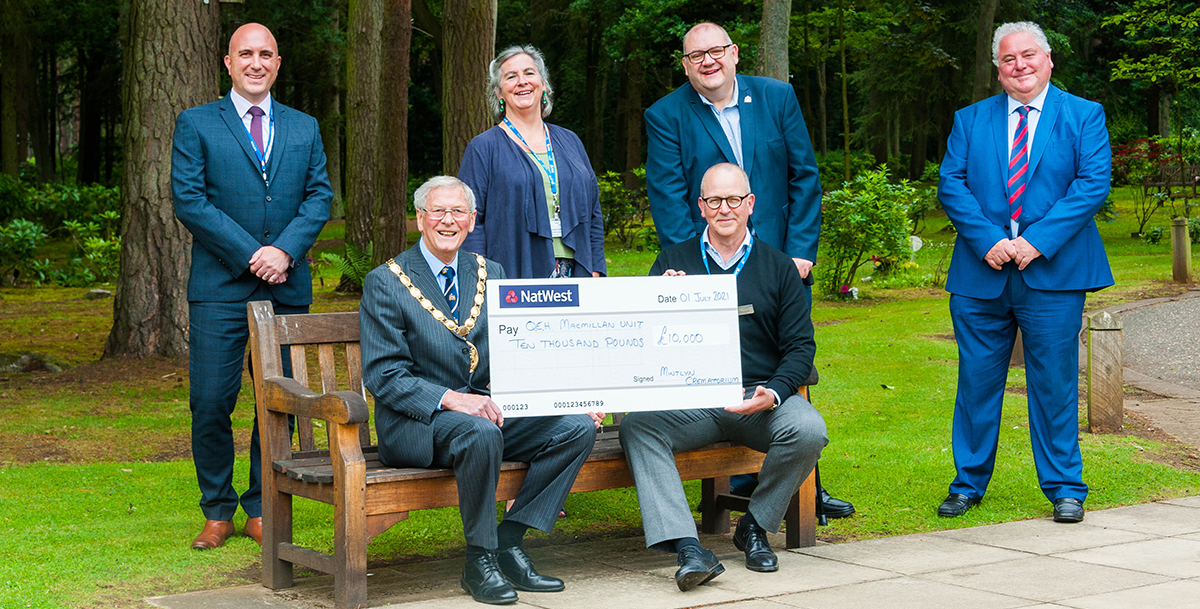 Cllr Paul Kunes, Cabinet member for Environment, said: “Over the last ten years Mintlyn Crematorium has raised thousands of pounds for many worthy local causes through this scheme. I’m delighted to be presenting this cheque to the Cancer Care and Treatment Charitable Fund at the QEH. It has helped thousands of people affected by cancer.”

Cllr Brian Long, Cabinet member for Corporate Services, added: “The work this unit continues to do has supported many local people as they fight cancer. I hope this donation helps the Macmillan Cancer Care and Treatment Centre at the Queen Elizabeth Hospital to continue the vital support they give to our community.”

Professor Steve Barnett, QEH Charmain, said: “We’re extremely grateful to the Borough Council of King's Lynn & West Norfolk, the ICCM and to our local community for this donation to our Cancer Care and Treatment Charitable Fund. The funds will help us deliver the highest standard of care and support for our patients living with cancer, and their families.”