Gayton School plans passed – but sprinklers will not be installed

By Town and Around's Special Investigator

Set in its ways would be a good description of Norfolk County Council. It seems that no matter what the evidence, and irrespective of where it originates, Norfolk County Council will ignore it if it does not agree with the county council's outdated and potentially dangerous attitude to safety of children, educators, first responders and its own assets.

In the years 2014-2019, firefighters attended 1950 school fires in England. Of these just 61 had sprinklers fitted. The statistics came to light last year following a Freedom of Information request to which 38 out of the 45 of England's fire services responded. Yet it now seems Norfolk County Council have refused to include a sprinkler system in the proposed new primary school and nursery school at Gayton. Instead of a sprinkler system the county council wants to rely on building regulations as a defence to limit the damage done to the school should fire break out. The UK's National Fire Safety Organisation, the Fire Protectors Association, whose technical director, Dr James Gockling, has pointed out that building regulations in respect of fire, seek nothing more than to assure "evacuation before collapse" of the building. It is of paramount of importance that a school can be evacuated before the building collapses, but the disruption to the children's education is incalculable as is the effect on the community. Sprinklers in schools are supported by major local government insurer, Zurich Municipal, who recognise that. "Fire outbreaks in schools can leave school managers, pupils and their families counting huge personal and monetary costs." Zurich Municipal states. "It makes perfect sense for anyone designing, building or refurbishing a school to place sprinklers at the heart of all their design plans." The giant insurance company offer a substantial reduction in premiums for the lifetime of the sprinkler system. But it does not end there as the insurers point out that schools with sprinklers in are far more attractive to a wider insurance market. 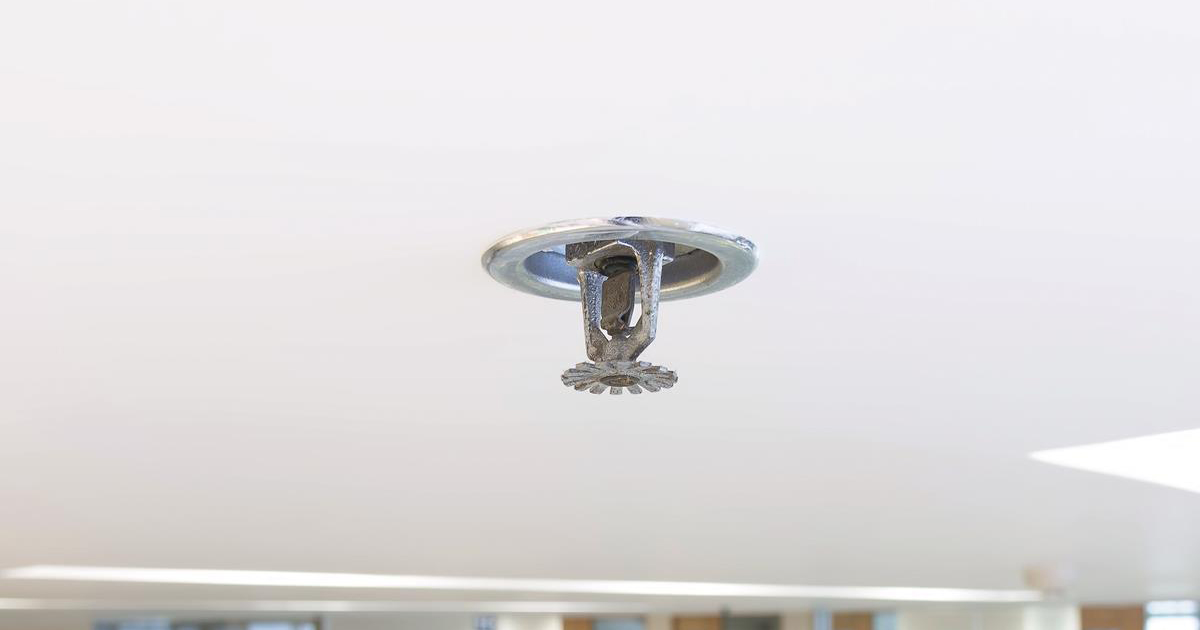 The Grenfell Tower Inquiry was told that sprinklers would have prevented the disaster, by fire safety expert Paul Atkins. He told the inquiry that there was a 99% chance of survival if sprinklers had been in place, because they would have stopped the fire from spreading. FEMA 403 recognised that the initial fireball, when the planes hit the twin towers, would have overwhelmed the sprinkler system, but pointed out that the water supply was cut to the sprinklers allowing the fire to gather pace unabated. Both these caused catastrophic loss of life as the original fires gathered momentum due to the availability of combustible material. Schools also have a significant amount of combustible material including paper, furniture, 3D printers, laser printers and much more. At best with a clear road firefighters from Lynn will take up to 10 minutes before they are in a position to begin tackling the fire. Retained firefighters from Massingham are unlikely to be on scene any quicker. And the delay does not take into account the time the fire has had to develop before the alarm is raised. Sprinklers generally deliver 60 litres of water per minute direct to where the fire is, and most importantly before it has had time to develop. Papers show that the local Fire Service has requested a condition to any consent to the Gayton school planning application that a fire hydrant capable of delivering 20 litres of water per second be in position should the brigade have to tackle a fire. Such a request from the Fire Service gives an insight into the thought given to safety by Norfolk County Council.

In 2017, the Local Government Association told the BBC that it. "fully supports the installation of sprinklers in new school buildings as a cost effective measure which can help save lives, protect property and improve firefighter safety." The Fire Brigade Union condemned the redrafting of government policy document "BB 100 Design for fire safety in schools" Introduced in 2007, the government policy read. " it is now our expectation that all new schools will have sprinklers fitted". But, in 2016, the redraft stated. "BB 100 no longer includes an expectation that most new school buildings will be fitted with them (sprinklers)”. In Wales and Scotland, where there are devolved governments, sprinklers in new schools are mandatory. Roy Wilsher, Chair of the National Council of Fire Chiefs said. “We have a responsibility in this country to ensure we do everything we possibly can to make buildings safer for occupants. Increased use of sprinklers in schools is a no brainer." Continuing he commented. "Not only is ensuring our children’s safety paramount, schools are important community assets that need to be protected from damage."

In early February the Borough Council's Planning Committee, under the temporary chairmanship of Hunstanton councillor, Carol Bower, assisted by temporary vice-chairman, Dersingham councillor, Tony Bubb, heard concerns raised about the Gayton school proposal, including the lack of sprinklers. On Friday Norfolk County Council's Planning Regulatory Committee approved the plans for Gayton School. Although objections were raised regarding a number of matters, there was little objection to a new school in Gayton with the present one heavily oversubscribed. But it is hard to deduce why a responsible public authority would spend perhaps £6 million on a new school while leaving it at a well-recognised risk from fire.