Free food for everyone at Hunstanton Community Fridge

"On average every home wastes £500 worth of food a year", said the Mayor today as he officially open the project which was the brainchild of fellow Town Councillor Amanda Knight.

"Community Fridges have been shown to reduce waste significantly so it is great to have one set up here; we hope it will take off and reduce food waste in Hunstanton."

Based at the Town's Community Centre in Avenue Road, the facility is run by a team of volunteers and it will be open every Wednesday, from 9.15 to 10.30, and Thursday from 10am to noon. 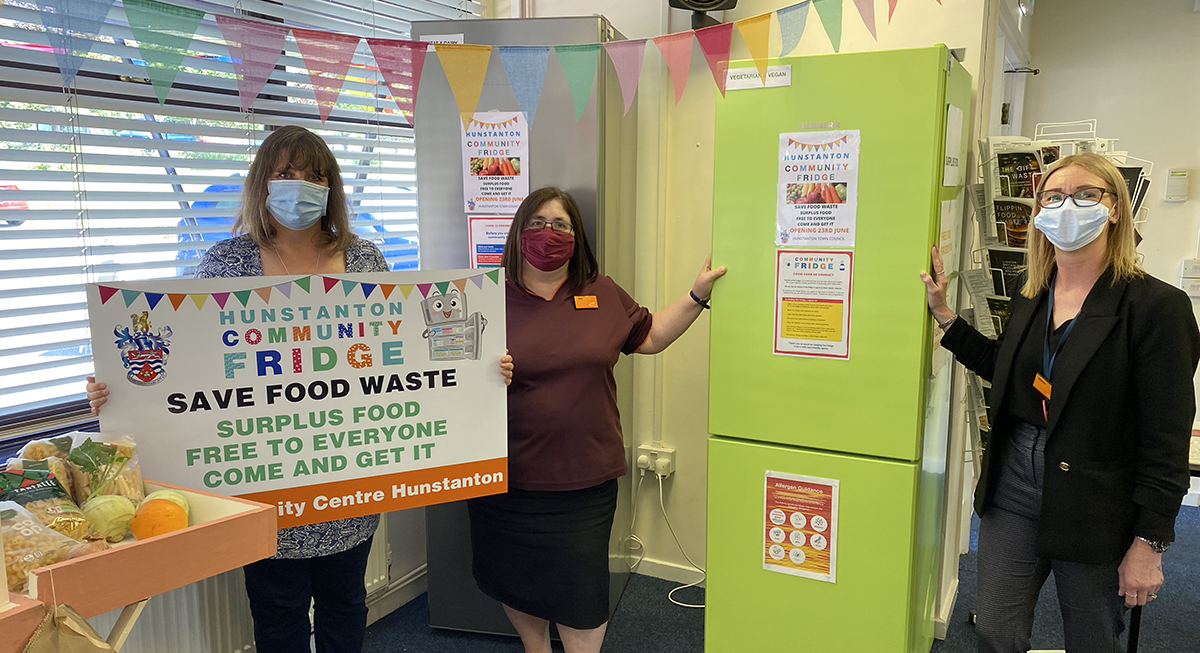 Today was also the day that an agreement with Sainsbury's Hardwick Store was signed. This means that loose produce, freezer food and chilled items nearing their use-by date will be available for collection from the store for the project.

Cllr Knight said: "We are really pleased to announce that we have signed the agreement to be 'back of the store collectors' from Sainsbury's.

"We have a really lovely team of volunteers but if more come forward we will be able to open longer hours - and we are also especially seeking volunteers who can collect food for us from the Sainsbury's Hardwick Store."

Customer Experience Manager Diane Wells said; "We are really excited about this; not only is it a first for us it's also a great way to put this food to a good use rather than it going to waste."

The Community Fridge also has agreements with Snettisham Co-op and Kemp's greengrocers in Hunstanton.

Mrs Eileen Amis, who had called in to see what it's all about, selects some rolls. Photo T&A

One of the volunteers, Penny Leverington, said: "I went to the initial meeting and am amazed that it was happening here; its a wonderful idea and what a lot of people don't appreciate is that it really is free food for anyone who can use it.

"Throwing away food is criminal and it is astonishing just how much food we throw away." 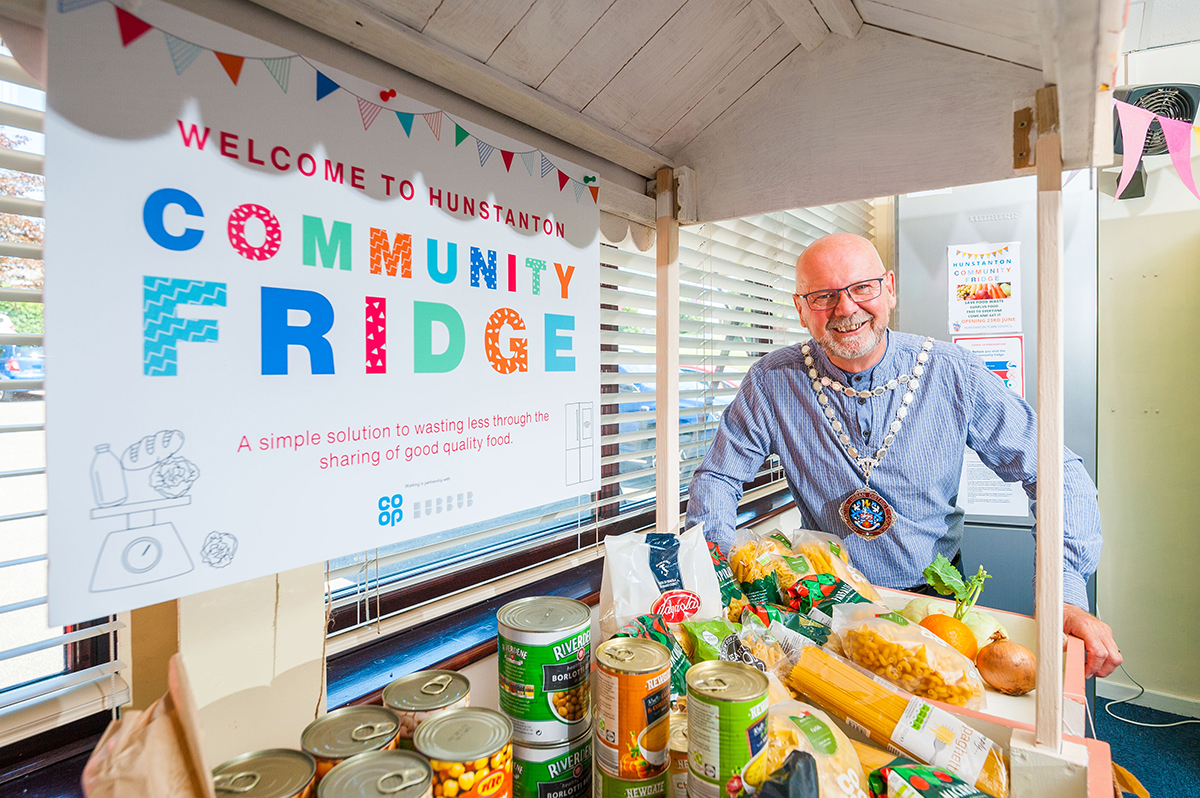 Thanking the volunteers, the Town Council staff and her husband, teacher David Whitehill, who has been out collecting food, Cllr Knight spoke of plans for the future, "this is a community venture" she said, "we will be sharing food and recipes and hopefully in the future we can do more things including setting up a community cafe."