Hunstanton commemorated the lives lost during the east coast floods in 1953 this morning (Friday 31 January) with a wreath-laying ceremony at the flood memorial.

Maria Rix produced the wreath laid at the flood memorial and the service was carried out by Mayor Tony Bishopp and Rev. James Monro. 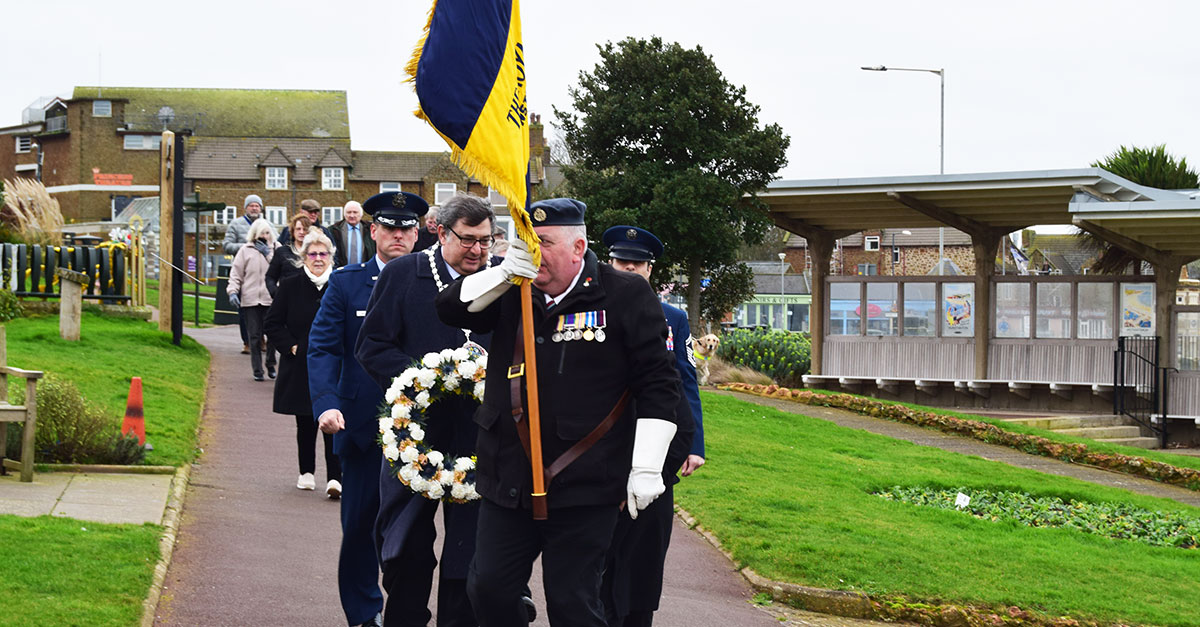 The service commemorated the 31 people, including 16 American citizens, who lost their lives on the evening of 31 January 1953 when a fierce storm and tidal surge cut off part of the town.

There was a total of 71 fatalities combined in the areas of King’s Lynn, Snettisham, Hunstanton and Heacham – the overall death toll of the 1953 east coast floods is accepted as 307.

Many families were stranded at the mercy of the rising water, huddling in wooden, prefabricated homes. 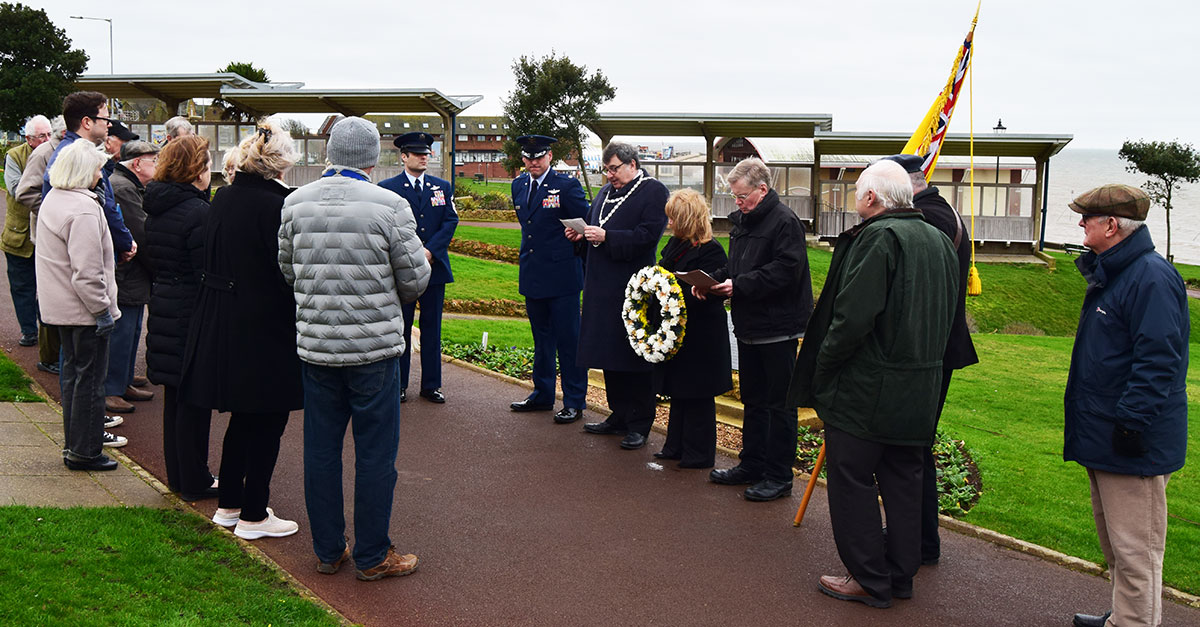 The brave emergency services, voluntary organisations, churches and a number of individuals were honoured during the ceremony for their marked heroism in the face of the disaster, including volunteer rescuers from the USAF 67th Air Rescue Squadron stationed at RAF Sculthorpe who came to the aid of the stranded people.

This included 22-year-old Reis Leming, from the 67th Squadron, who was unable to swim yet headed out into the waters to tow 27 people to rescue on a rubber life raft, saving their lives.

“A special and lasting relationship has been formed between the 67th Special Operations Squadron and the people of Hunstanton who are deeply indebted to the bravery and selflessness of the American Airmen.” 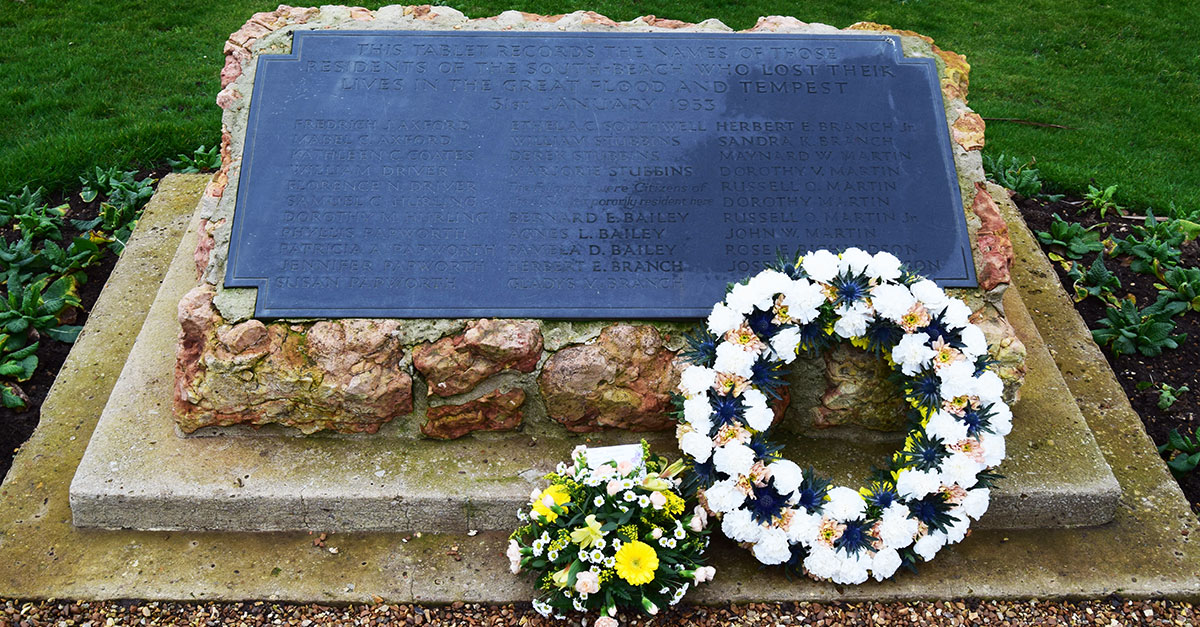