Powering ahead with EV charging points.

The Royal College of Art has been tasked by the UK Government to design a chargepoint that will be functional and accessible for all electric vehicle users with sustainability at the heart of the design, and Transport Secretary Grant Shapps wants these to become as recognisable as the red post box or black cab.

Due to be unveiled at COP26 in Glasgow this November, it is hoped that this new chargepoint could be seen on streets across the country from 2022.

we highlighted the ZapMap app that allows you to discover the exact location of the charging points nearest to you, by going to www.zap-map.com/live/, typing in your postcode, and see the charging points on the live map that updates every five minutes and covers 95% of public charge points. 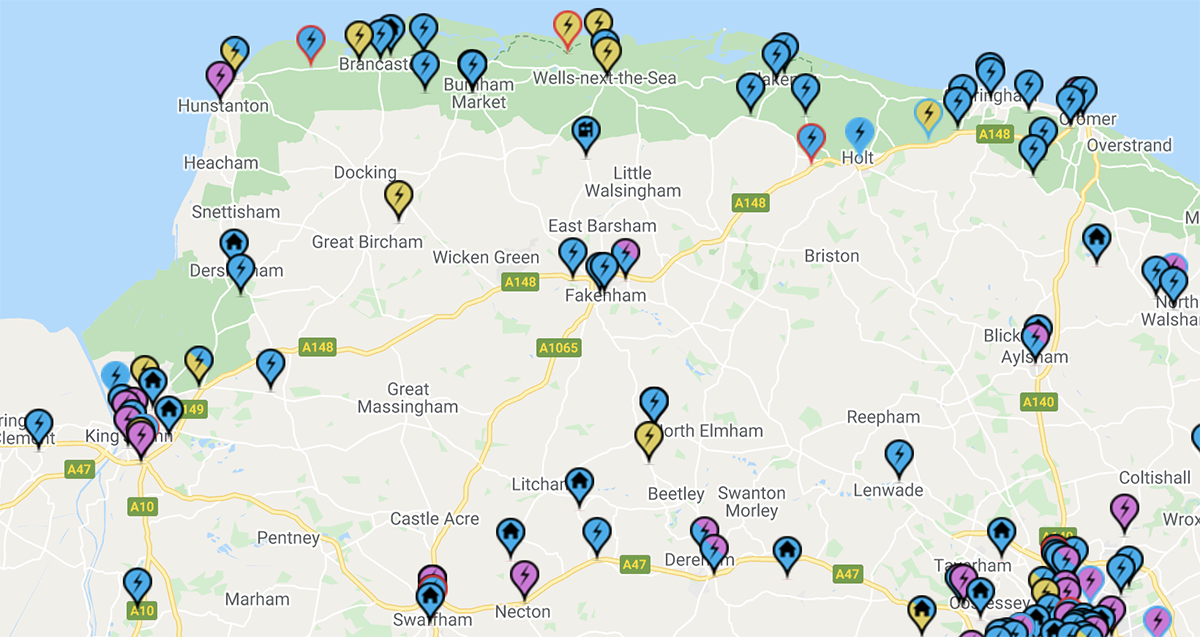 Statistics from ZapMap reveal there are now over 25,000 public charging devices across the UK and it is claimed that electric vehicle drivers are never more than 25 miles from a chargepoint on UK roads - essential if drivers of electric vehicles cannot have a home chargepoint installed. This comes at the same time as recent statistics from the Society of Motor Manufacturers and Traders (SMMT) show that over one in 6 cars sold in July 2021 had a plug.

However, here in West Norfolk, whilst filming Springwatch at Wild Ken Hill, Chris Packham bemoaned the fact that it was a challenge to find charging points for his car – although when he returns to Norfolk for a show at the Princess Theatre next April he’ll find a convenient charge point in the car park behind the theatre.

And on Guy Martin’s television show (Guy Martin: the World’s Fastest Electic Car) broadcast on 9th August (rather ironically on the same day as the Transport Secretary’s announcement), the 25 mile assertion is disputed – at least on the route between Grimsby and John O’Groats! This programme also revealed that the quality and function of the existing charge points is, at best, variable.

If you are considering purchasing and electric vehicle, the Government’s Plug-in Car Grant (PiCG) is now only available for fully electric cars and from March this year the grant was reduced to £2,500 (previously £3,000) and only applicable to cars up to £35,000 (previously £50,000).

For homes that have dedicated off-street parking at their property, the Electric Vehicle Homecharge Scheme (EVHS) is a grant that provides a 75% contribution to the cost of one chargepoint and its installation. A grant cap is set at £350 (including VAT) per installation. 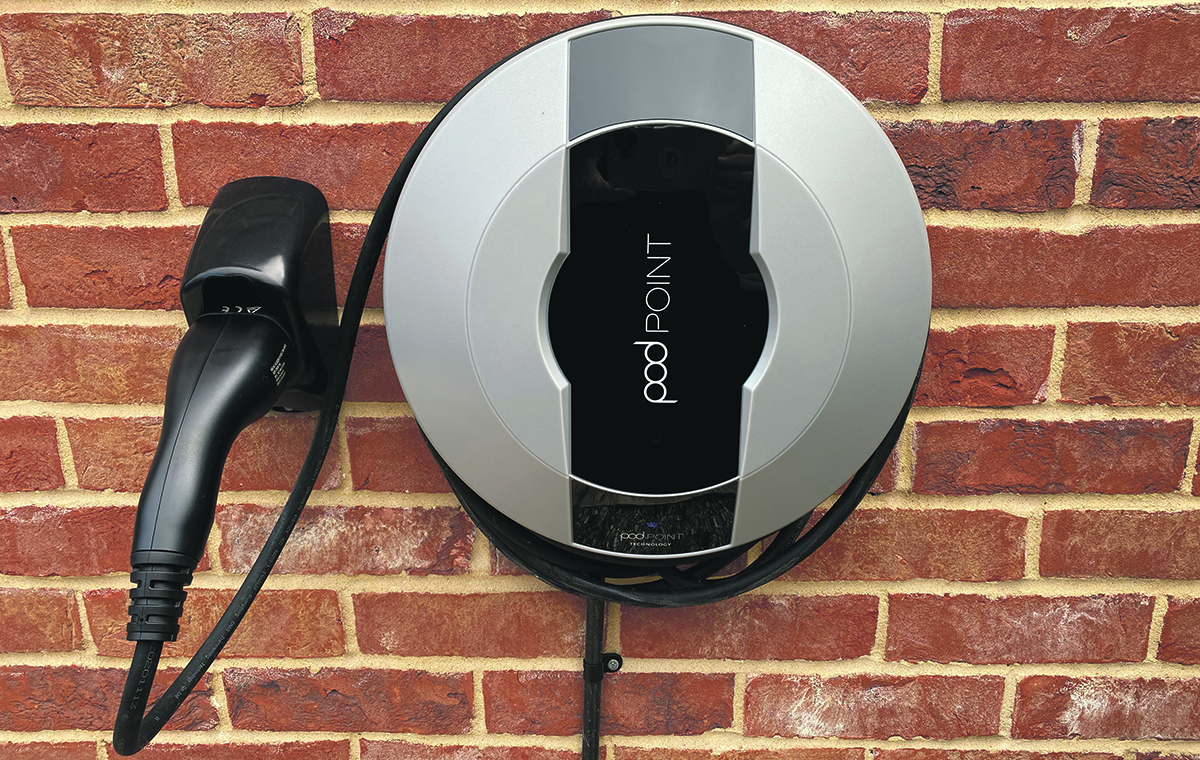 This raises the questions:

And all this at a time when the latest UN report finds that the world is warming faster than previously estimated.*