This new part of Heacham Minors F.C was formed in May this year to give the opportunity for young females to play football in a female only environment which is increasingly popular within the country and there were few opportunities in the local area for this. The role of head coach was taken up by Nathan Stockdale who has various involvements with Heacham F.C including Chairman of the Minors.

Nathan said: “Since taking over the role as Chairman, after being involved in Heacham Minors since childhood, I felt it was time we looked to include more children and expand on the brilliant opportunities we already provide at Heacham.

“With some of the best facilities around, and female players already participating in the mixed teams it was an obvious starting point to achieve this; it has grown from strength to strength with the girls coming week in, week out, rain or shine, averaging around 20 girls aged 5 to 14.

“Thank you to both sponsors who have helped massively in what we are trying to achieve here, their support is hugely appreciated by the club and the girls”. 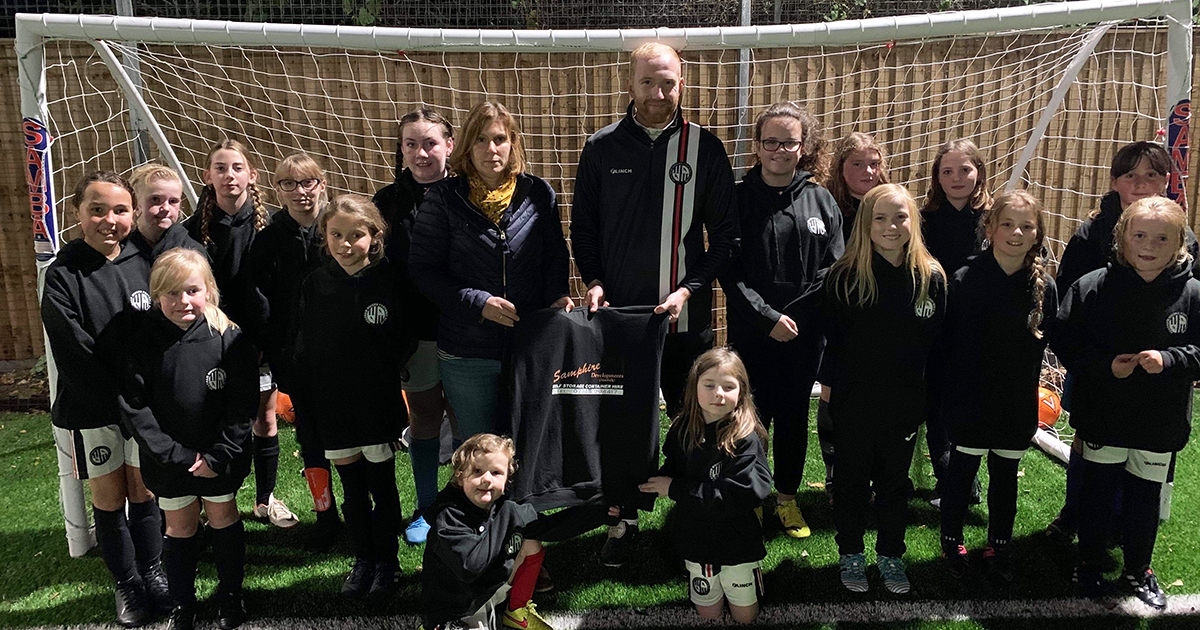 Jo Jutsum, of Spectrum Retail Project Services, was really keen to get involved as soon as she heard of the newly formed training sessions, saying how “great it is to see all these young girls participating in physical activity, smiling and enjoying themselves in a generally male environment. Making the girls feel like a big team is great”.

Hollie Ashley, of Samphire Building Developments (Norfolk) Ltd, whose daughter attends the sessions then offered further sponsorship to the girls with training tops for the approaching winter months.

Hollie said: “ I can see the enjoyment the girls have each week playing football and being a team even though they are varying ages, and I wanted to help keep that good feel by providing them with something for the winter, that also kept them looking like a team.

For anyone who is interested in joining the sessions, they are run each week on Tuesday 6-7pm at Heacham Football Field at a cost of £1 per week. Nathan Stockdale can be contacted on 07811 629910 or nathan.heachamfc@yahoo.com