D-Day veteran takes to the sea for moving tribute

Carrying on with remembering the 75th anniversary of D-Day, Hunstanton held a military weekend on Saturday 6th and Sunday 7th July.

Ernie Covill, 94, served as a lorry driver with the Royal Army Service Corps during the Normandy landings. Covill, from Boston, boarded a restored WWII landing craft with local veterans and two pipers and took to the sea to lay the flowers in a poignant display of remembrance.

The 1,000 rose petals spread throughout The Wash marked those that lost their lives. Local veterans also laid wreaths at The Cenotaph. The weekend also incorporated a service by the RAF Marham chaplain.

Locals and visitors were treated to a display of vintage cars and military vehicles on the Green throughout the weekend. There were also exhibits dating from both WWI and WWII on display.

The two-day extravaganza was organised by Holbeach hotelier Harold Payne who spent £35,000 restoring the DUKW amphibious troop carrier ‘Monty’ that carried Ernie and the veterans. The carrier took part in the Normandy landings and was the star vessel at the weekend.

All proceeds raised are going towards a memorial at Norwich Cathedral. 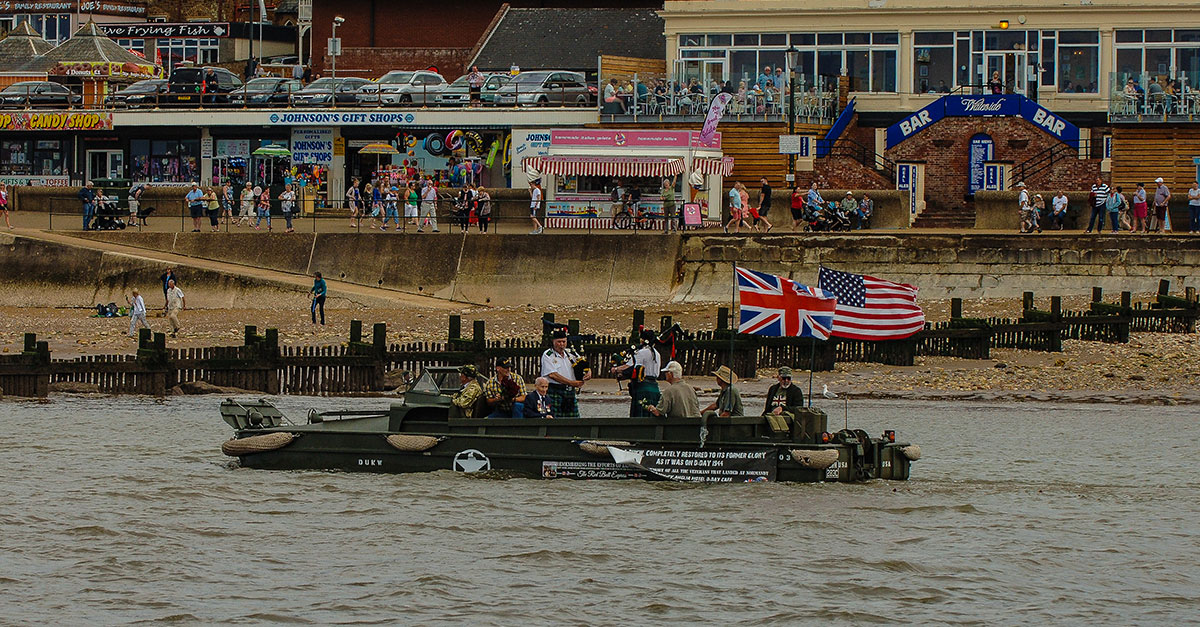