Hunstanton’s Deputy Mayor Cllr Adrian Winnington, Mrs Winnington and members of the local community gathered at Hunstanton Cemetery in the pouring rain shortly before 11am today.

An Act of Remembrance was conducted by Fr James Monro and following the two-minute silence when the Royal British Legion and RNLI standards were lowered, members of the Hunstanton Scout Group placed crosses on the graves of the British and Polish servicemen, whose graves are tended by the War Graves Commission.

Sid Miller from the Hunstanton Branch of The Royal British Legion, spoke the Exhortation and the Kohima Epitaph at this annual event that launches the Poppy Appeal in the town. 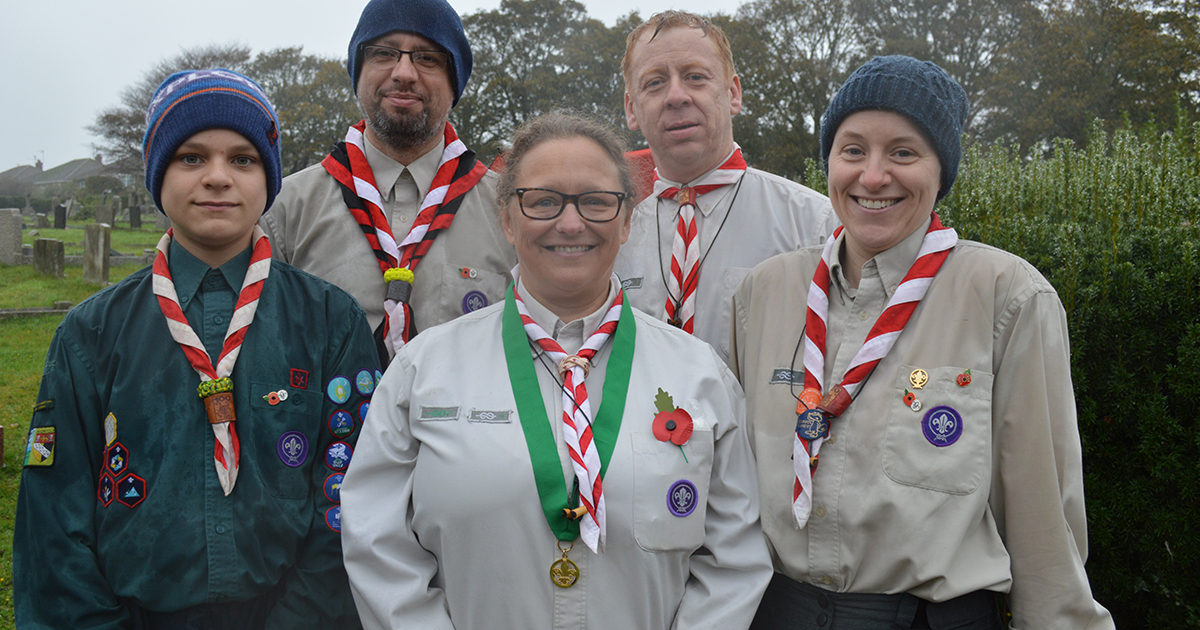 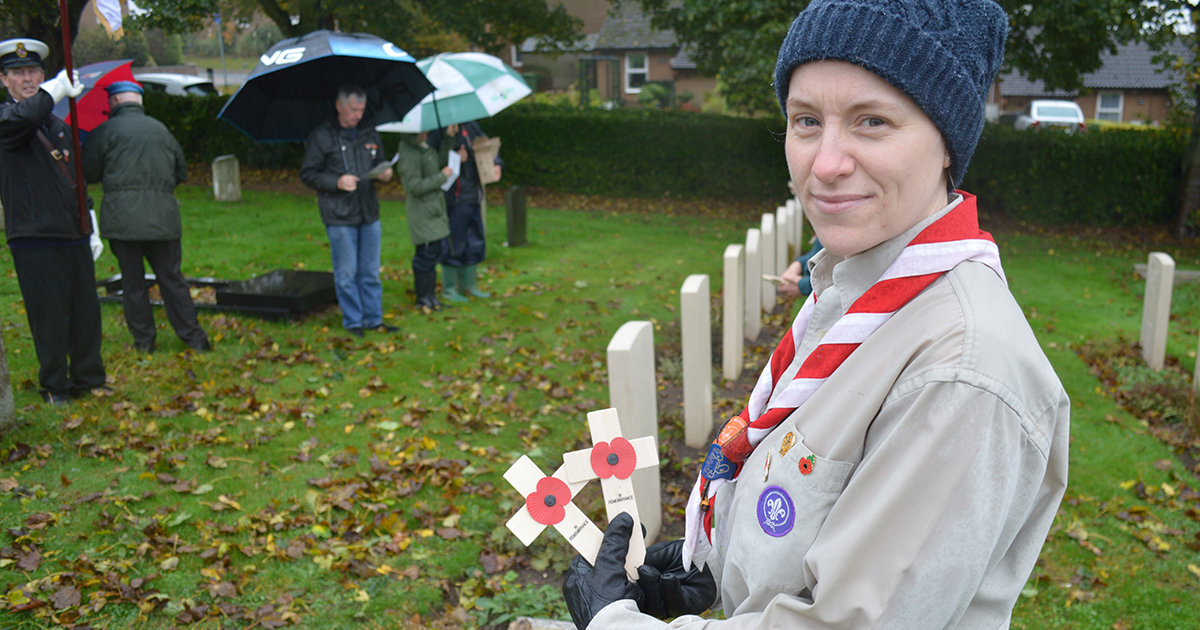 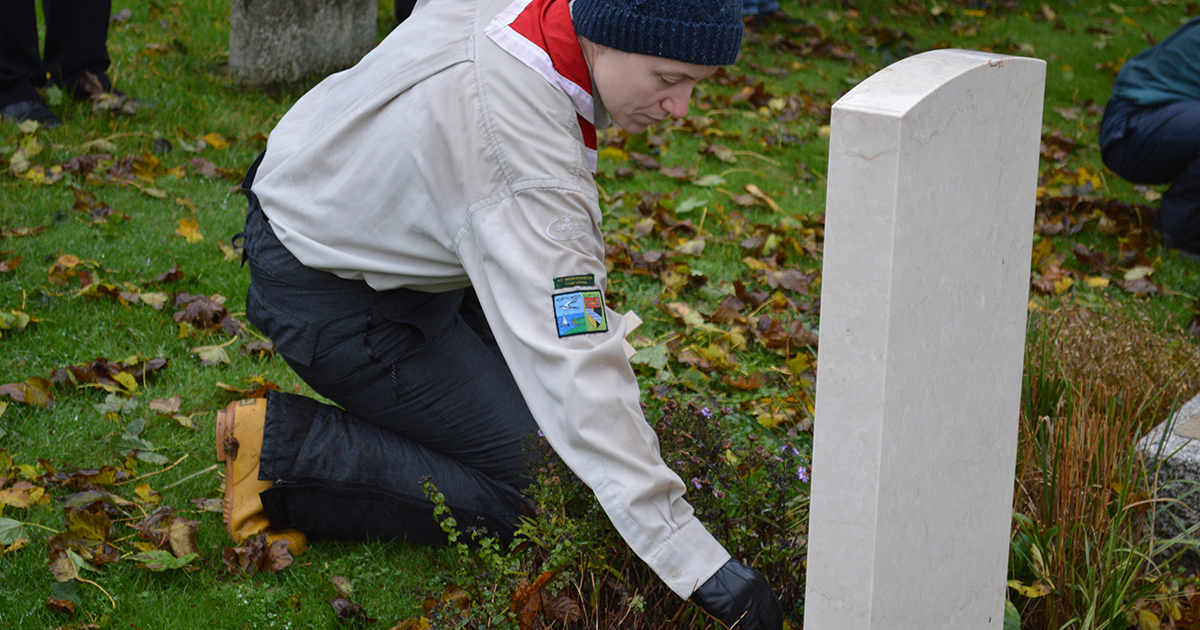