A Hunstanton Couple have created a history wall at their home in Butterfield Rise to commemorate the 75th Anniversary of VE Day.

Ted and June Barrett’s garden fence along the walkway between Butterfield Rise and Harry’s Way in Hunstanton tells the stories of local servicemen who lost their lives in Europe during World War ll.

Starting with the information from graves and War Memorials in Hunstanton, Old Hunstanton, Ringstead and Heacham, June, who spent her career in the Queen Alexander’s Royal Navy Nursing Service, set about collating the stories behind the names and preparing the display with husband Ted who is also a qualified nurse and served in the Medical Branch of the Royal Navy.

“You can find a lot of the information online now” June said, “and some records include photographs that I’ve added too; I enjoy the research and finding out what happened from the old service records. 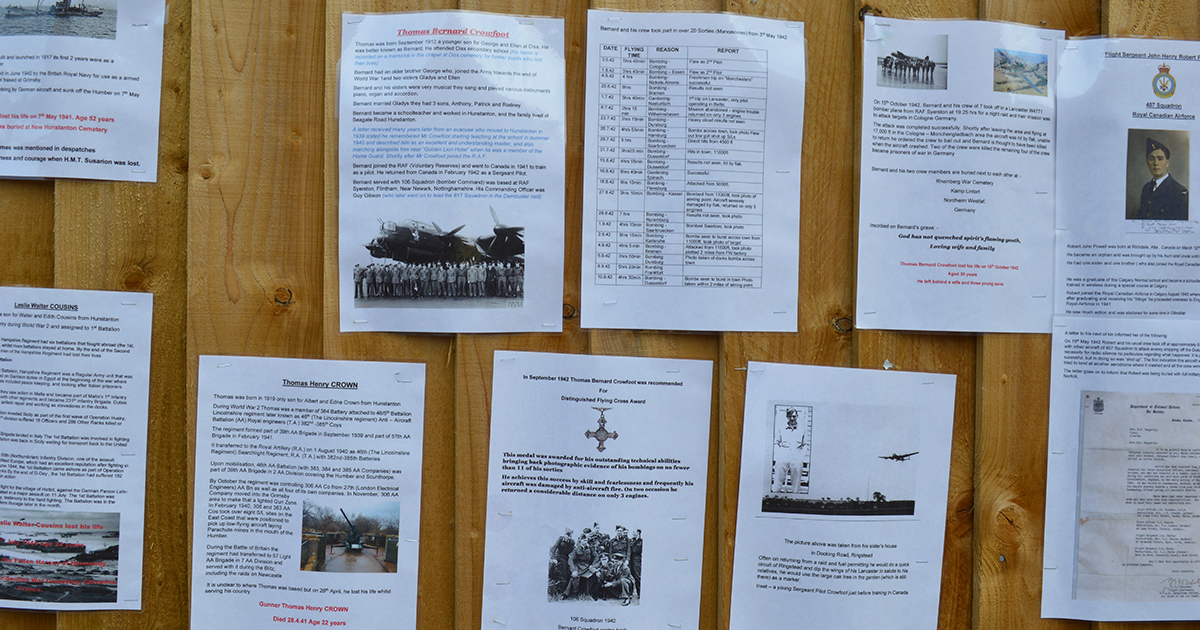 “Sometimes you start with the ship, find the crew and battle – it’s a bit like a huge jigsaw puzzle.

“Amongst the records we discovered friends and brothers and their details are grouped together on the fence.”

Originally from Warwickshire, the couple moved to Hunstanton last September. Both members of the Royal British Legion, they had previously completed a similar project at their former home for the centenary of World War l.

“When we moved here we joined the Hunstanton Branch of the Legion, we asked what was planned for the 75th Anniversary and volunteered to do this work. 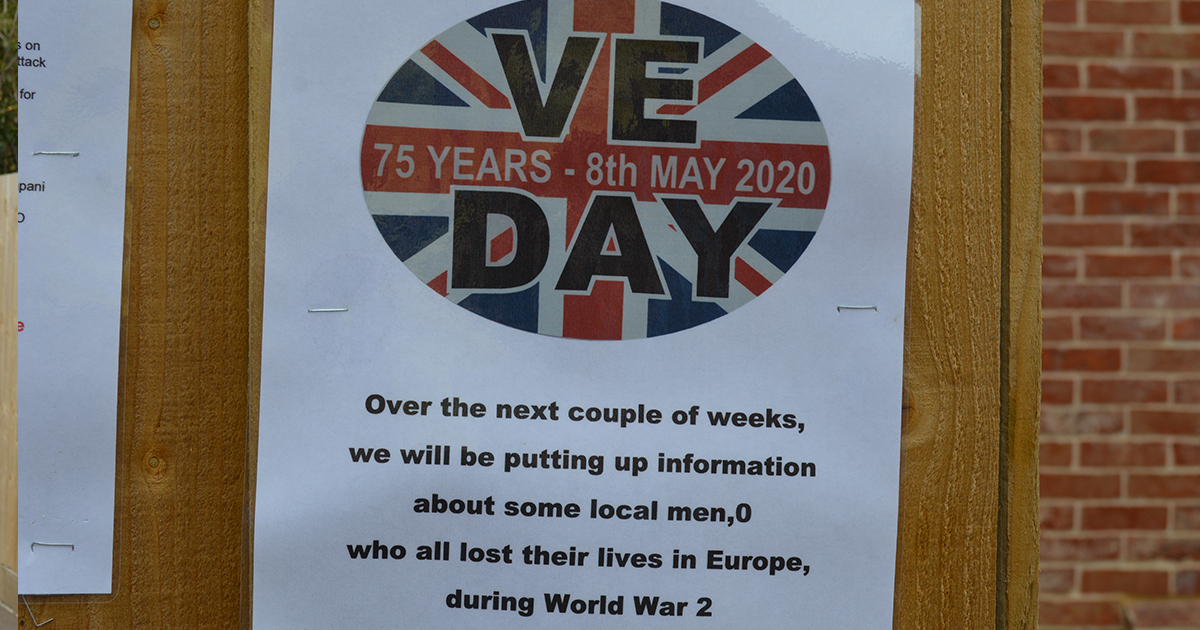 “Sadly all the events have had to be cancelled because of Coronavirus so Ted and I decided to mount the stories on our fence, and each day we add a few more,” she added. “The VE Day section will be complete by Friday when we and all our neighbours will be picnicking in our front gardens to celebrate the anniversary.”

As if this isn’t enough, the couple have already completed their Far East research and prepared their display for the 75th anniversary of VJ day will be celebrated on 15th August.