For the first time in its 45 year history Hunstanton and District Inner Wheel Club were able to celebrate one of its members becoming Inner Wheel’s District 8 Chairman.

Hosting the event at Briarfields Hotel on 20th October, the club welcomed over 70 members of Inner Wheel and their guests from around the country for the annual Rally. Also making the trip to the Norfolk coast from Essex was Association President of Great Britain and Ireland, Betty Roberts, who gave the keynote speech. 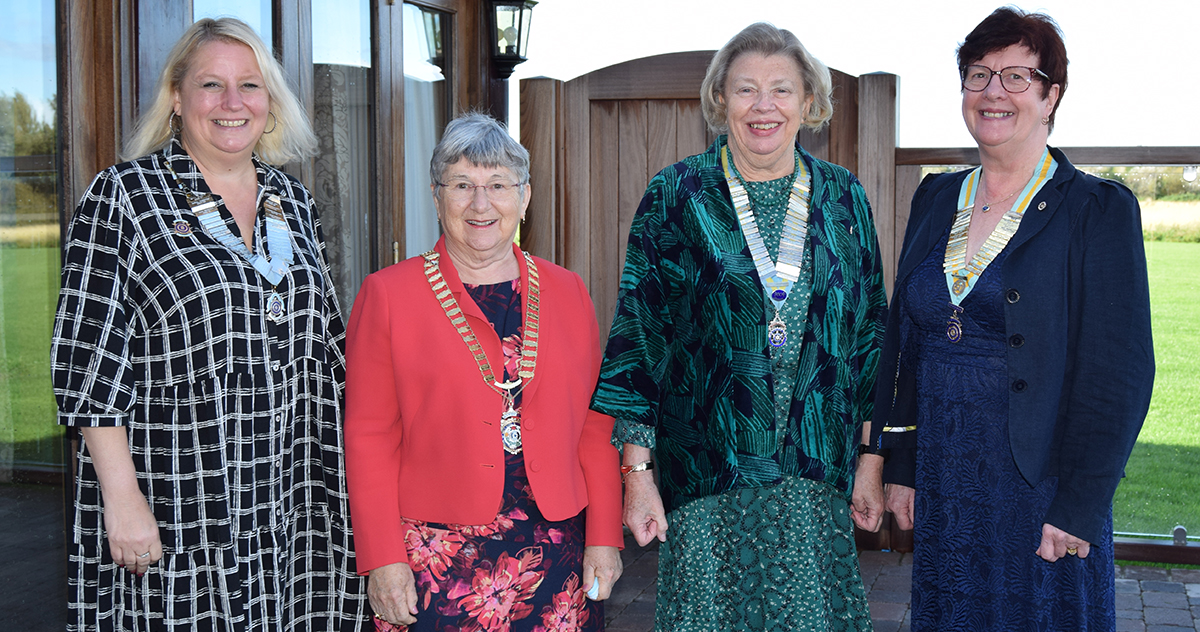 Founded almost a century ago and active in 103 countries, Inner Wheel is an organisation that has more than 103,000 members in 3,895 clubs whose key objectives are to promote true friendship, to encourage the ideals of personal service and to foster international understanding.

Any woman who shares the three central aims of Inner Wheel can join the organisation and members achieve these aims through Club events, which combine personal service, fund-raising, fellowship and fun, united by friendship and a common aim to serve the local community. Members give practical support as well as financial help whenever there is a crisis, whether this occurs locally, nationally or internationally, for natural disasters or for people suffering in war-torn regions.

International Inner Wheel is dedicated to the pursuit of a society in which women are given equal opportunity and are equally represented in every sector. 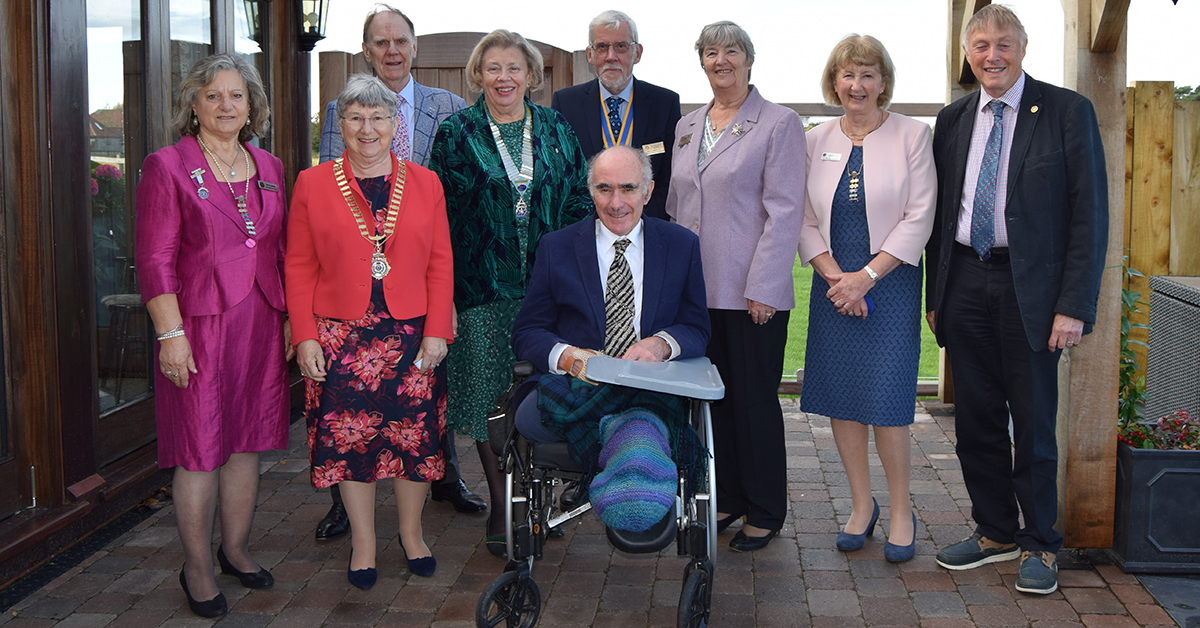 Opening the proceedings Master of Ceremonies District Vice Chairman Hilary Farrell, who is also a member of the Hunstanton Club, set out the programme for the day and introduced Coral Campbell who said how pleased she was to welcome Inner Wheel delegates from the Lake District, Essex and Suffolk along with members of Rotary, saying how Inner Wheel greatly values their connections with them. She also thanked the Hunstanton and District Inner Wheel members for all their help and support in organising the event.

She went on to say: “The District Rally is an opportunity to see old friends, make new ones and to get to know the Association President.” 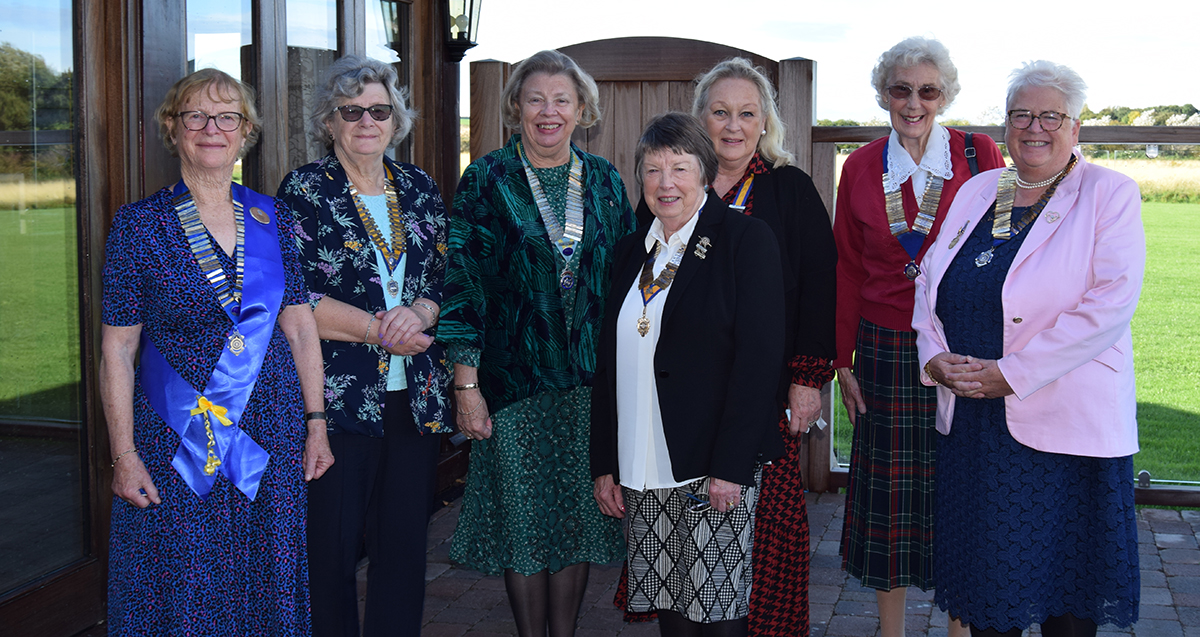 Some of the Club Presidents from District 8

Joint President of the Host Club Rosemary Bowett said: “It is a privilege to have our member Coral as a District Chair,” before giving the guests a potted history of the area and highlighting local attractions.

“We shall look forward to seeing you all again next year when Hilary will become District 8 Chair,” she added.

Past District Governor of Rotary Derek Rothwell talked about the organisation’s efforts to eradicate polio world-wide and said there was a new non-mutating vaccine that had great promise.

In her address Betty Roberts said “ Friends are what we are, what Inner Wheel is about and at the heart of everything we do.” As a member of the organisation for thirty years she said that membership is the key to survival. “One hundred years on, the need for Inner Wheel in the community is as important now as it was in our founder Mrs Golding’s day.”

Mrs Roberts went on to talk about the structure of Inner Wheel and the need to work more effectively, with more online meetings and the sharing of ideas.

The President’s Charity for the year is the Stroke Association and Mrs Roberts described her ‘cunning plan’ for members to raise funds by each walking two and a half miles so that in total they will have walked the same distance as Land’s End to John O’Groats. 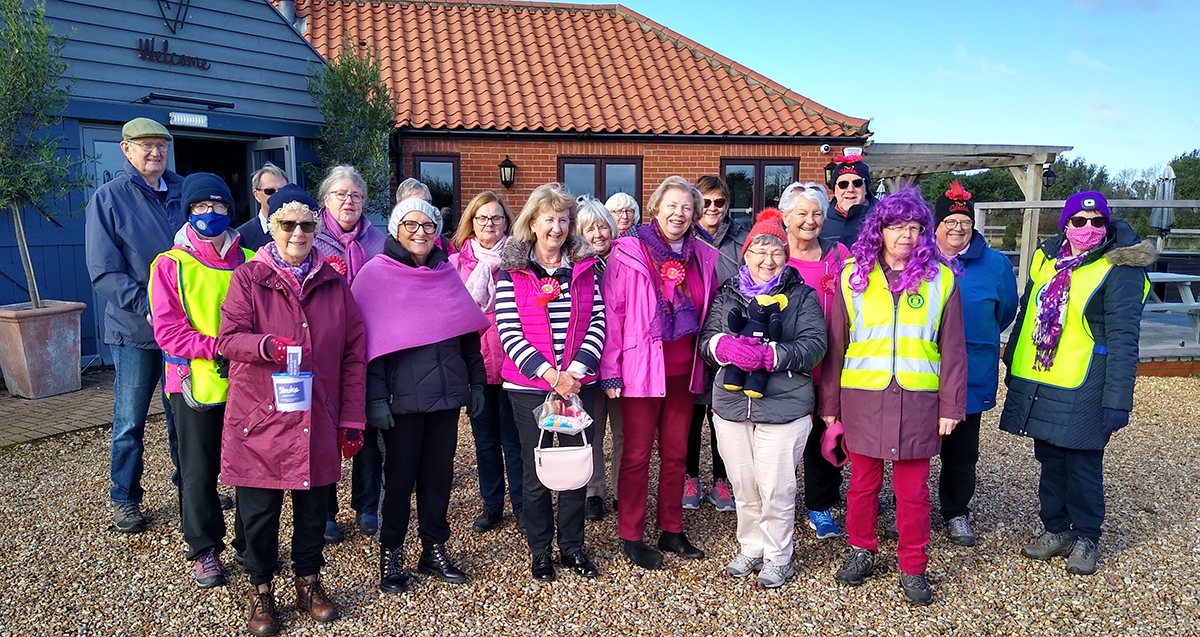 The day following the Rally members donned pink and purple clothing for a sponsored walk on the coastal path – purple for the Stroke Association and pink for International Inner Wheel’s theme of 2021/22 Pink First – women helping women.

For the District 8 Chairmanship year Coral Campbell has chosen the British Heart Foundation (BHF) as her charity and is urging everyone in the community to get involved.

She said: “There are two BHF shops in King’s Lynn and I would ask people who have items to dispose of to consider donating to them, saying the donation is for Inner Wheel for gift aid.

“Another important factor is the element of re-cycling and upcycling – the BHF sells pre-loved furniture - and they collect too!

“Each Inner Wheel Club in District 8 will be keeping a tally and there will be a prize for the club that donates the most.”