Cllr Stuart Dark MBE, Leader of the Borough Council of King’s Lynn & West Norfolk, said: “In 2014, I was in Ukraine with regard to the shooting down of civilian flight MH17 by a Russian made and controlled anti-aircraft missile. A year that also saw the illegal annexation of Crimea from Ukraine.

“I am personally sickened to the core that this Sovereign state and the proud welcoming people I got to know, so European in culture, outlook and aspirations have once more become the victim of unprovoked, unjustifiable and extreme military aggression from a neighbouring regime that is ignoring international law and all diplomatic norms.

“In these dark days for Ukraine, democracy and the World it’s right for us to send this message of solidarity and support to Ukrainians everywhere and to the Russian regime and Mr. Putin to stop this humanitarian and military crisis of their sole making escalating.” 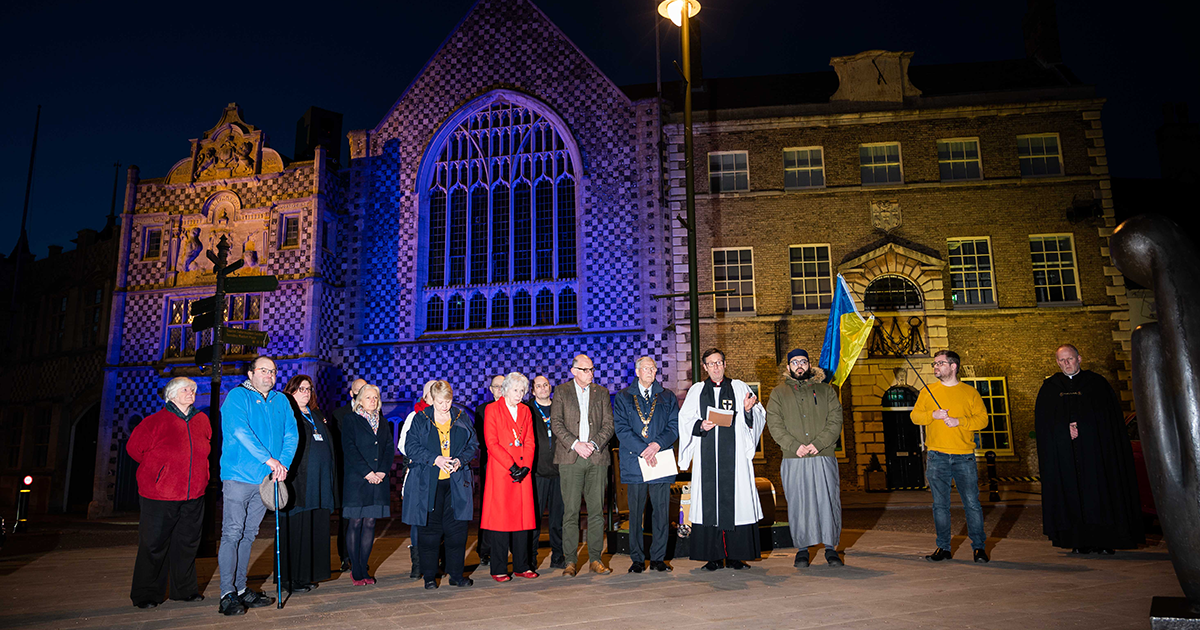 Cllr Charlies Joyce, Leader of the Labour Group added: “The lessons of history have not been learnt. Wherever there is an aggressor he will be resisted. Let us all hope the good work and courage of Vasily Arkhipov and Stanislav Petrov is not put at risk. Both were Soviet military officers, who at different times in history, can rightly be said to have saved the world.”

Cllr Sandra Squire, Deputy Leader of the Independents, said: “The events unfolding this week in Ukraine are a catastrophe for democracy and every European. It’s shown the importance for all people to be Independent. If history is not to repeat itself, Putin needs to bring this evil conflict to an end and leave the Ukraine people to once again steer their own course.

“We extend our deepest sympathy and support to our brave Ukrainian friends, both in Ukraine itself and those now living in West Norfolk. We hope for a quick resolution and lasting peace once more in Europe.” 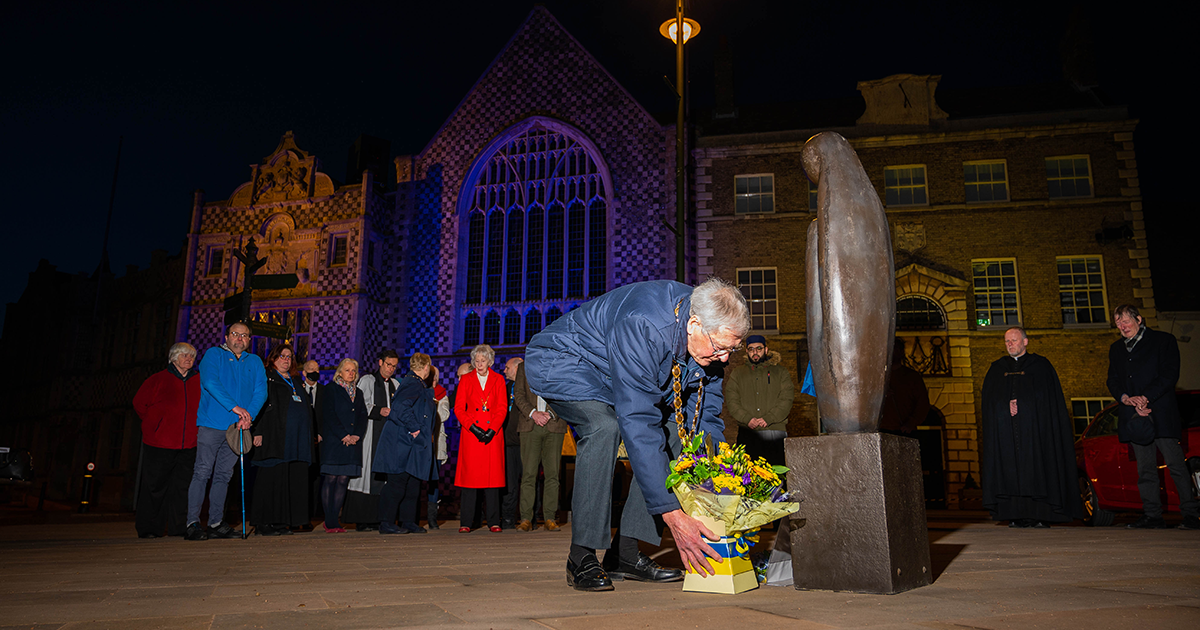 Mayor of King’s Lynn & West Norfolk, Cllr Harry Humphrey, said: “This Russian, unprovoked and illegal invasion of Ukraine is an abhorrent act, based on blatant lies, which must be condemned, and which goes against international law and civilised behaviour.

“I commend the many Russian people who have demonstrated against this contrived war against Ukraine and have been suppressed by the Russian Authorities.

“All members of this Council join people in our Borough, country and across the civilised world, in pledging support to Ukraine and condemning this act of war against a free and independent country by a deranged dictator and his cronies.” 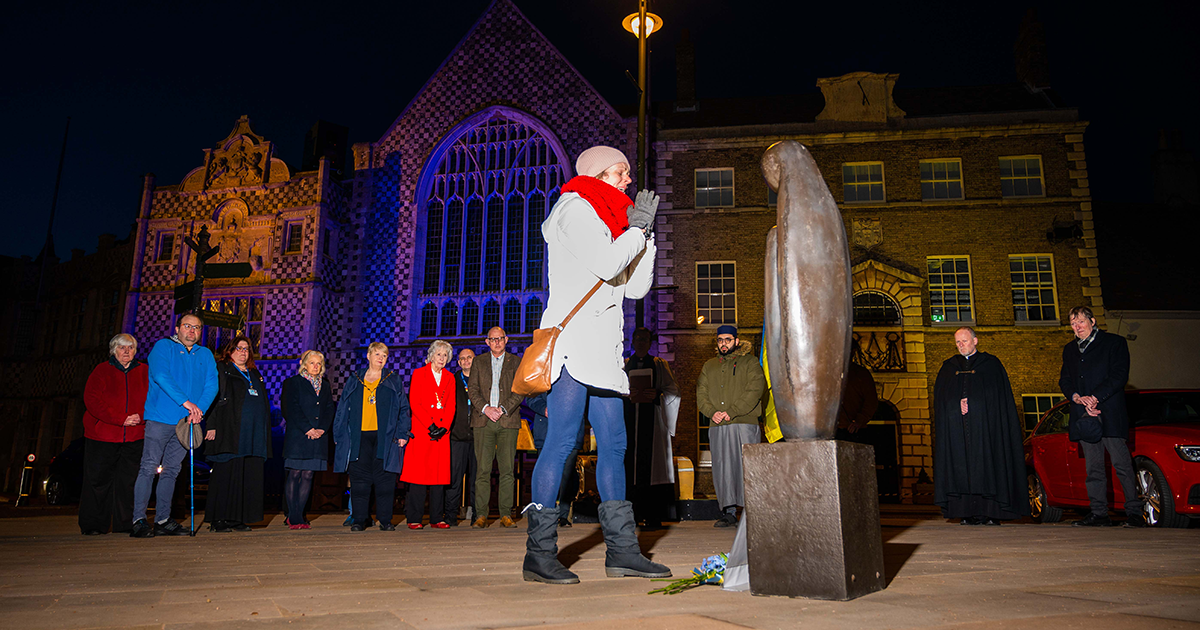 Tanya Mikulova who works at St Martha's RC Primary School in Gaywood and whose mother and sister live near Kyiv pays tribute at the sculpture by Naomi Blake called 'Refugee'.

The Town Hall, Alive Corn Exchange and the Custom House will continue to be lit up until 4th March.