70% of the 106 Hunstanton businesses surveyed by the Hunstanton Civic Society say closure of the Tourist Information Centre (TIC) at the Town Hall is not in the best interests of the town. And 0% indicated a positive effect on their business from the closure.

It is hoped that the TIC will eventually be part of the new library complex that is planned for the Bus Station site. In the meantime, an unmanned display in the Coal Shed Gallery has been opened, and the Borough Council has confirmed this will remain the case of an indeterminate period. 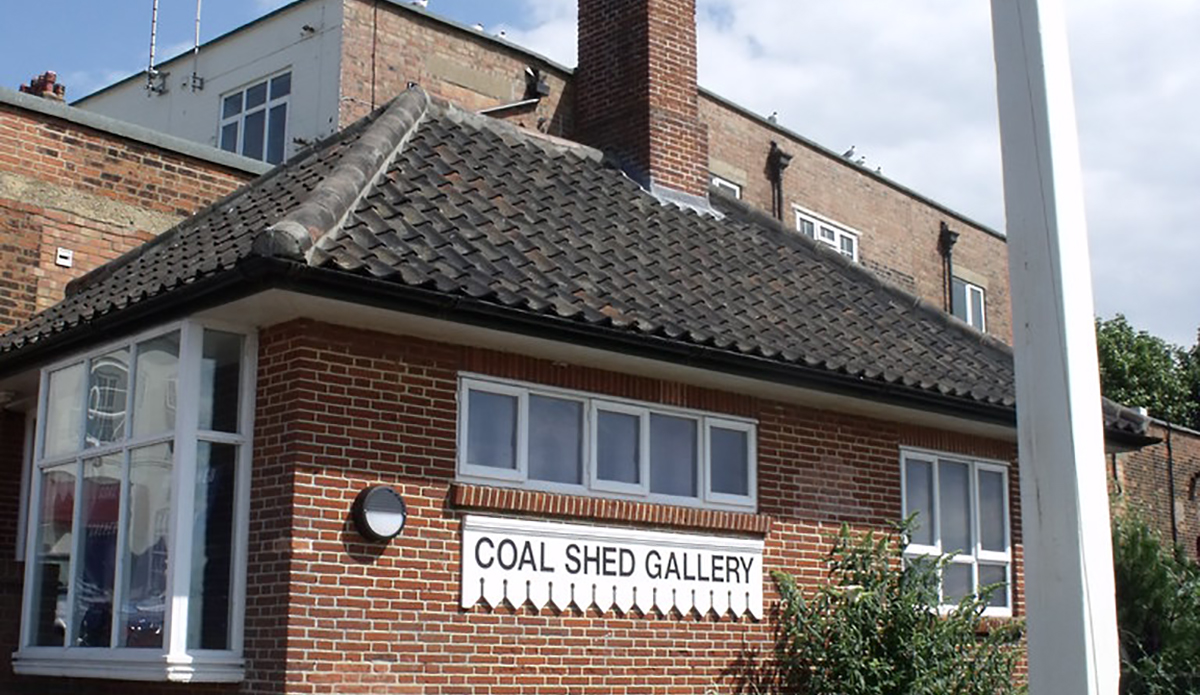 The Coal Shed Gallery where the unmanned display is housed

When the decision to close was first made known on 12th June, the Civic Society raised concerns about the negative impact this would have, the ‘opaque’ manner in which the decisions had been taken and the lack of prior consultation or communication.

In a twelve page document issued last week, the Civic Society said there was almost unanimous opposition to the move amongst the 185 membership.

Society member Yvonne Bridger said: “We want to see common sense prevail, and an interim solution could involve having the TIC in the Heritage Centre.

“The current arrangements do not serve the community.”

Whilst recognising the method providing tourist information is changing to become more reliant on web-based applications, in its report the Society points out that: ‘the TIC has been located within the Town Hall complex for a number of years and its location ensured maximum visibility and footfall. The reputation of its staff for providing informed and friendly advice ensured that it was truly a community hub in this coastal resort; not only did it provide visitors with information about the town and its facilities, it also provided services for local residents (parking permits, Rover passes, Radar keys for disabled toilets, reduced-price tickets to tourist attractions, etc.) Its closure has left a void in information and service provision, particularly for the elderly, that cannot be filled by an unmanned space.’

The Society has written to the Town and Borough councils asking them to reconsider the issue. Sheila and Stephen Kent on behalf of the committee wrote to members on 29th July with the news that the Society intends: “to continue to press for a response from HTC and the Borough to the issues we have raised with them.”