Church to be illuminated for Jubilee

The magnificent spire of Snettisham Church will be lit up in red, white and blue this evening.

Earlier today Stuart Dark said: "Morning…. We think the band’s rehearsal and setting up of the church illuminations seemed to go great last night! (Sorry if anyone wondered what was going on).

"Just a gentle reminder, if you want to be part of a unique and really special occasion in the life of our village, nation and the commonwealth please be up by the church no later than 9.20pm for the arrival of Her Majesty’s Vice Lieutenant of Norfolk and our beacon and church lighting event (wearing your red, white and blue and with your flags if you really want to get in the spirit) - although the refreshment bus will be on the field near the pavilion and the band will be playing up near the church from earlier to keep you entertained in the build up.

"Let’s all start the Platinum Jubilee holiday in style!" 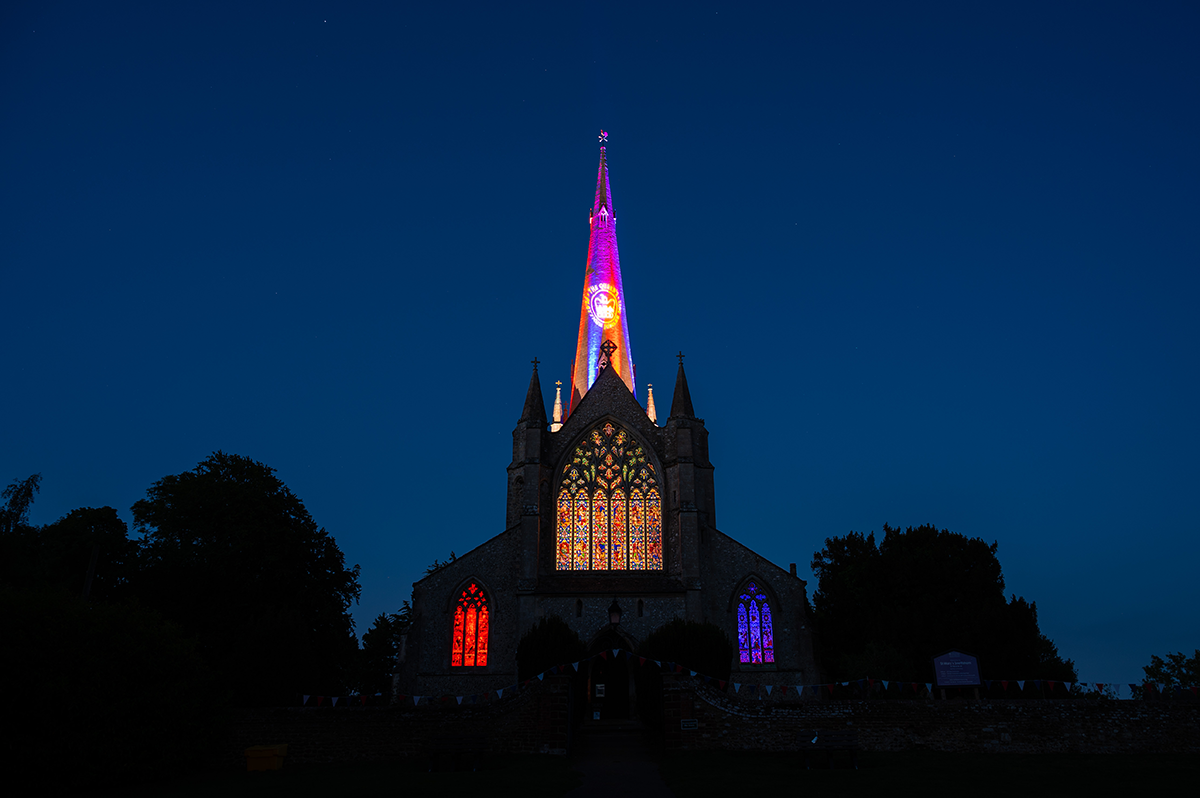 Snettisham is one of 700 towns and parishes in Norfolk putting on events tonight to start the Platinum Jubilee holiday. Her Majesty the Queen’s official representative when she’s not in the County, Vice Lieutenant Peter Wilson MBE, will be the village's guest of honour.

Can anyone wishing to attend please be up in front of the church by 9.20pm for

9.25pm arrival of the Vice Lieutenant- being met by honour guard of Snettisham Scouts and Guides

9.30pm -9.35pm Speech by Lord Lieutenant on behalf of the Crown and illumination of the Church following a crowd count down from 5

9.35pm Beacon lighting ceremony on field in front of church to song and music as part of the national chain

C.9.46 pm call of ‘3 cheers for Her Majesty the Queen’ with response from crowd

C.9.48pm singing of National anthem by all present with lit beacon in front and illuminated church behind