After a three year absence, the Hunstanton Christmas Day Swim returned to the delight of a huge festive crowd.

Nearly 100 swimmers braved the North Sea, turning out in colourful and, in many cases, outrageous costumes. How on earth Emma Guy dressed as a large Christmas present was going to manoeuvre the course proved a particular point of interest. She managed it though. 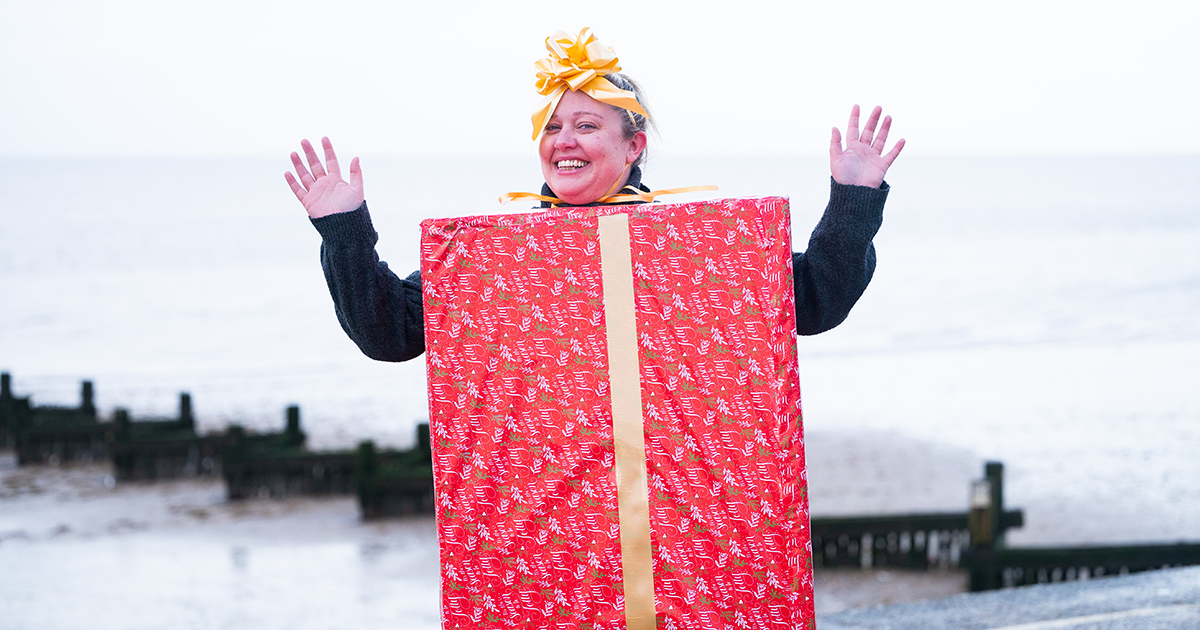 Many of the swimmers feared the grinches manning the turn point, but they proved warm hearted adjudicators. 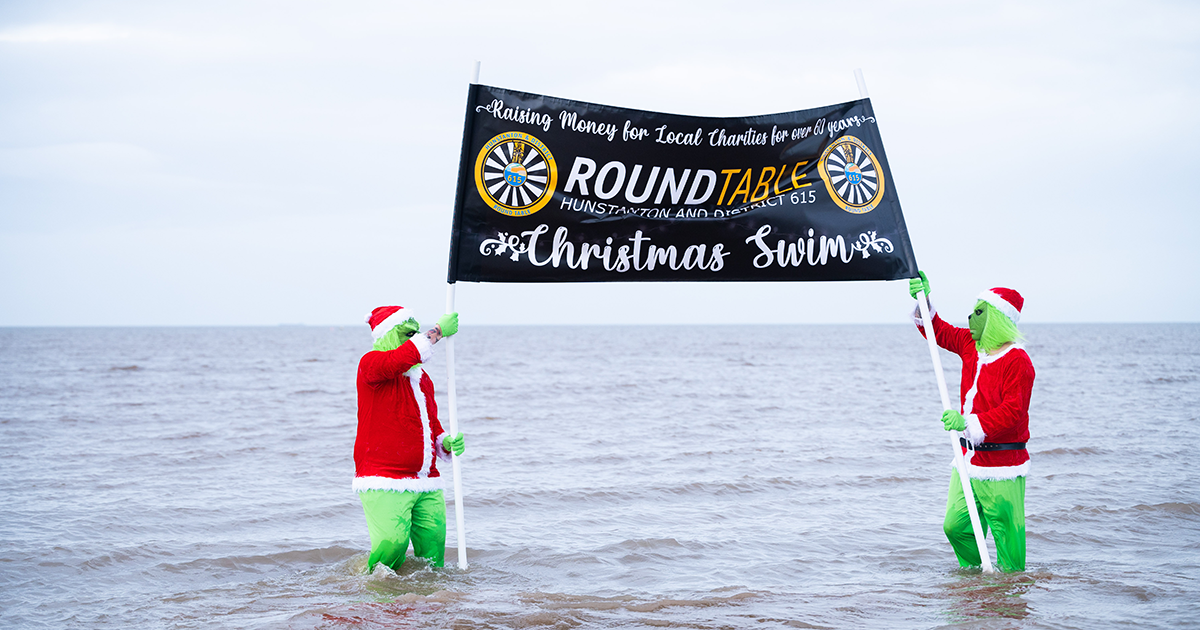 Given the recent extreme cold weather, the swimmers were let off lightly with relatively mild conditions. Or, so they thought. The icy Wash waters were not the swimmer’s friend on this occasion, a shock to the system to many as the freezing sea caused a few eye balls to virtually pop out of heads. In true Christmas fashion, with ages ranging from teens to pensioners, everyone who braved the swim made it through unscathed to earn their certificates. Scooby Doo won the fancy dress competition. 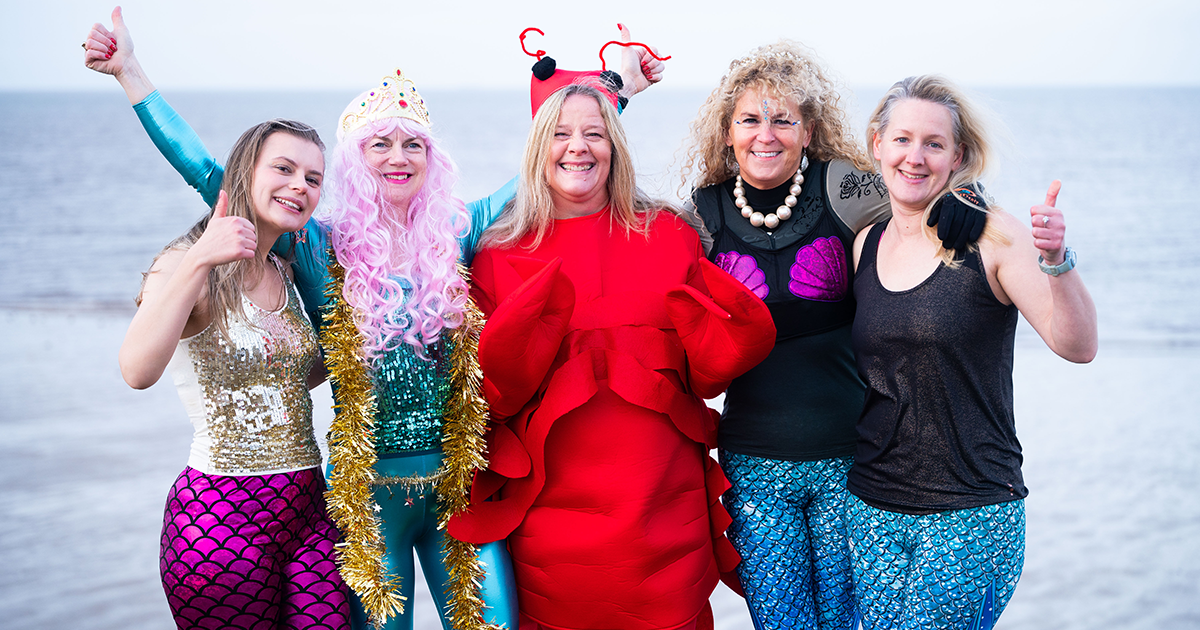 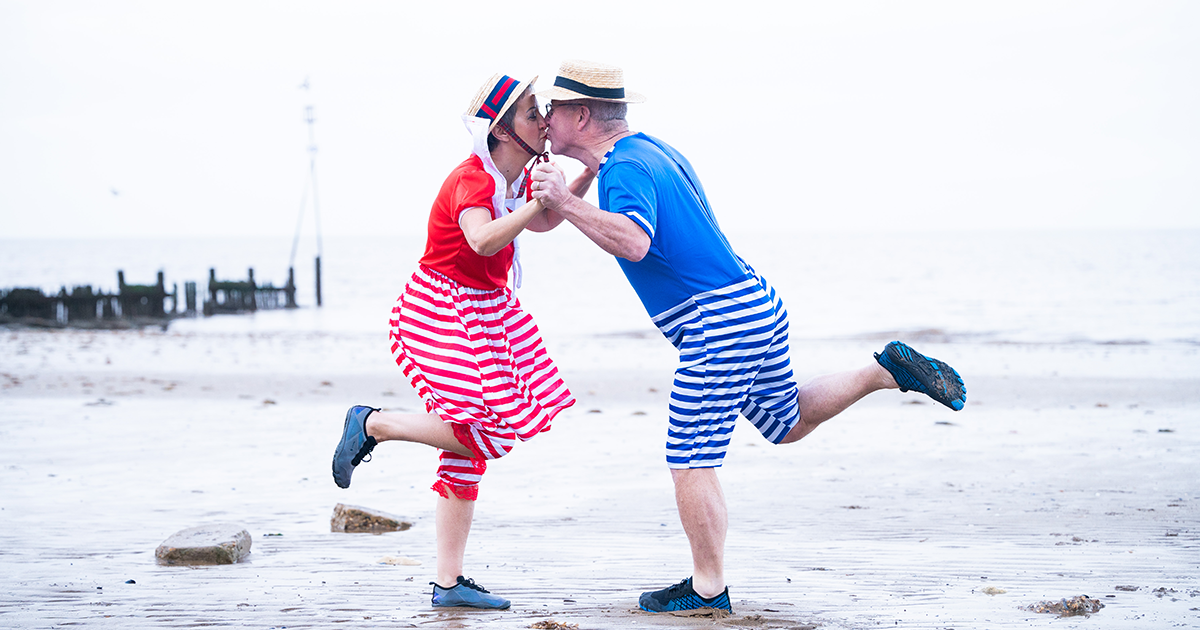 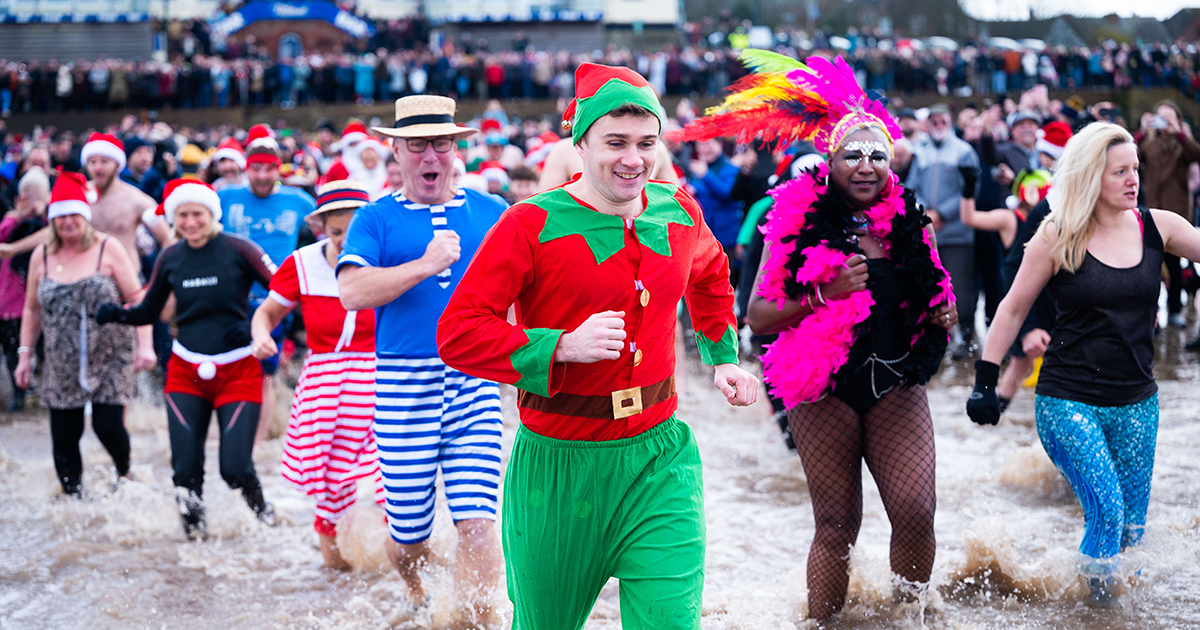 Once again, the event was excellently managed by Hunstanton and District Round Table, raising funds for Caring Together, a leading charity that provides support to carers of all ages. Chairman, Mark Williamson, was delighted with the turnout and the kindness of the estimated 2,000 onlookers. Mark said, “it was worth it as people gave really generously to the donation buckets”. 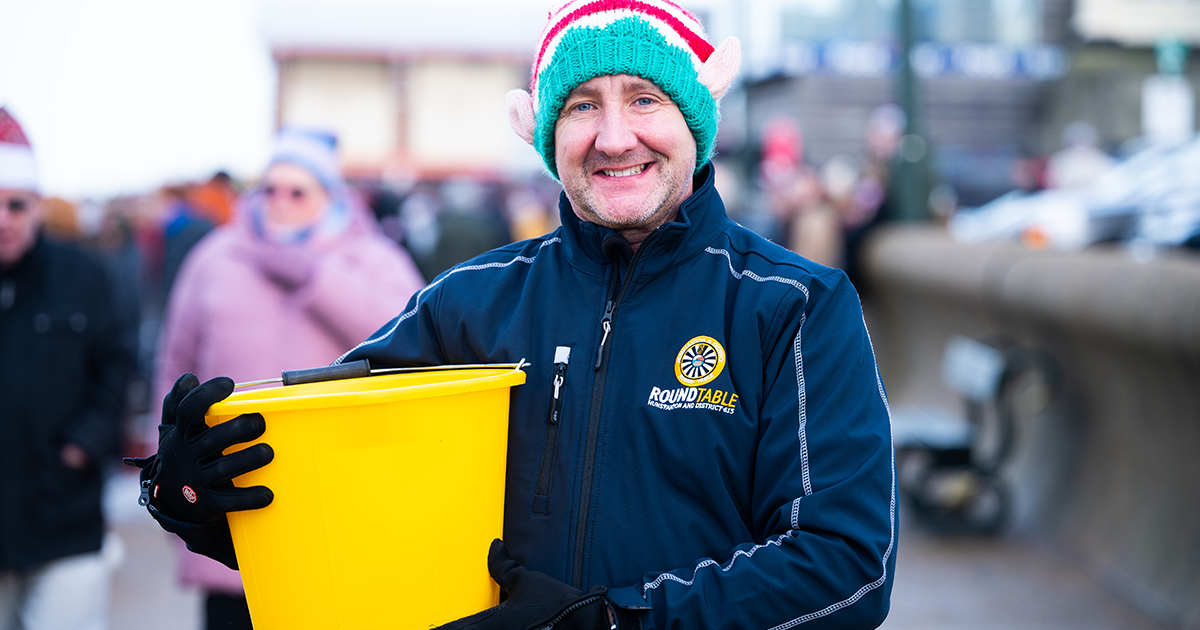 The event has been running for over 50 years when a group of local sea swimmers decided to take to the waters over Christmas. The record turnout is over 200, but the plan is to try and break that record in 2023. 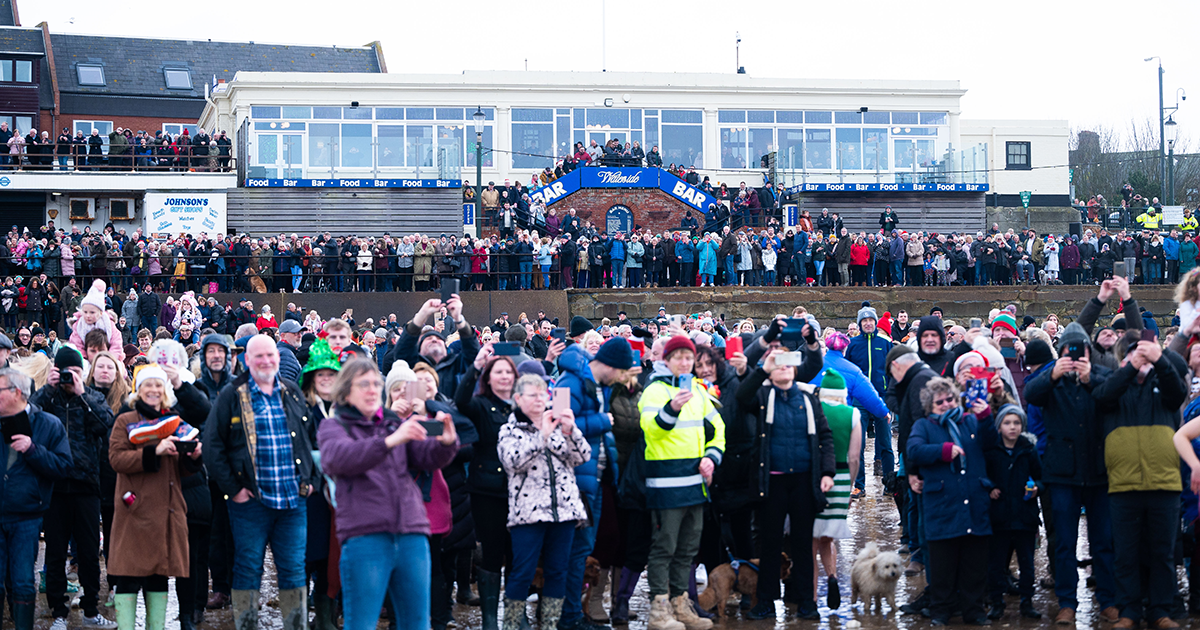 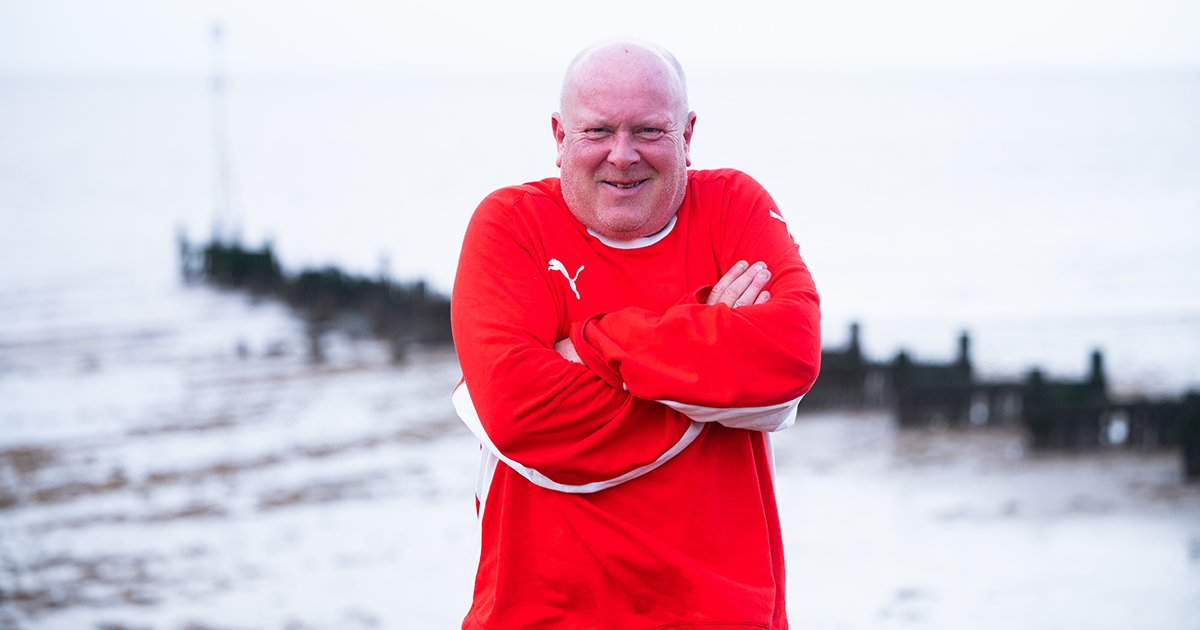