06/06/1944. A familiar date for many that of course marks the Allied Invasion of Normandy, or more well known as D-Day. It was the largest seaborne invasion in history, and the RAF played a crucial role. On the 75th anniversary of this momentous day in wartime history, Town and Around visits RAF Bircham Newton and proudly showcases their archive of the village's history and the part that the base played during wartime and beyond.

Regarding D-Day, Bircham Newton had a role to play in the events that unfolded. Aircraft from the station conducted armed reconnaissance patrols over the English Channel in the period leading up to and during the D-Day landings. These patrols were tasked with finding and destroying heavily-armed enemy marine craft, known as E-Boats and R-Boats, which threatened to hamper the D-Day landings on the 6th of June and the subsequent flow of supplies and reinforcements. Bircham Newton’s No. 415 Squadron was involved in these patrols, flying Vickers Wellington aircraft.

Over 11,590 Allied aircraft were involved in the operation overall, and 5,656 of these were Royal Air Force. Over 1,800 RAF personnel and 456 vehicles landed on the beaches, increasing in excess to 3,500 personnel and 815 vehicles by 9th of June.

Of course, Bircham Newton was in operation for several years before and after this event. The former station of RAF Bircham Newton was born in 1918 during WWI. The airfield was first used for training pilots joining the war. This training soon moved to Sedgeford aerodrone and Bircham Newton was destined to become a bomber base, and plans to bomb Berlin were only cancelled after the Armistice was signed.

During the inter-war period in the 1920s and 1930s, Bircham Newton was a peacetime bomber base. The Sidestrand bomber that flew from there was built in Norwich. During this time in 1936, Bircham Newton was assigned to the newly created Coastal Command, the RAF’S maritime arm responsible for protecting allied shipping and supply routes. Many of the redbrick building that surround the site were built during this time of expansion before WWII. During WWII, they were heavily involved in the operations against German convoys carrying war materials. They also rescued airman who had ditched in the North Sea.

During WWII, there too many visiting units to list, proving a very busy time for the base. Two satellite airfields were opened in Docking and Langham to cope with the additional tasking during this time. Many units were involved with hunting down enemy boats and convoys in the North Sea.

Post-WWII, however, Bircham Newton’s days as a flying station was numbered, as in the new jet age there was little use for grass airfields. It was briefly transferred to Flying Training Command, later used as demobilisation centre and aircrew holding unit. In 1946 Transport Command controlled the base, but lacking concrete runways flying was predominantly conducted at RAF Sculthorpe. Two years later in 1948 the station was transferring to Technical Training Command, becoming the RAF’S School of Administration. Bircham Newton finally closed in December 1962 and in 1964 the site was acquired by the Construction Industry Training Board (CITB), who remain there today.

Today the site houses a Heritage Centre where visitors can visit on all bank holiday weekends and other selected Sundays throughout the year. Relics of war and artifacts have been carefully collated by trustees and kindly donated by people with ties to the site, preserving the integrity of the former RAF base. Trustees are always keen for people with personal or familial ties to come forward and stories are collected and kept in large books, available to read at the Centre.

There are countless air force memorabilia to peruse at the museum: photographs, plaques, uniforms, model replica airplanes that flew from the site and various artworks, to name but a few.

A distinctly personal touch pervades the museum, telling the stories of various individuals that served. This includes a large board by illustrator Austin Godfrey of CITB that lists every senior officer and the important squadrons that served at Bircham Newton. A famous airman on the board is Ray Collishaw who was credited with shooting down 60 German aircraft in WWI.

With a distinct royal link thanks to their proximity to Sandringham and the royals’ use of the airfield to fly between London and Norfolk, photographs of Queen Elizabeth II’s (then Princess) visit to the site in 1941 adorn the wall. King George V also visited in 1934. Prince Philip also made several landings at Bircham Newton during his flying training in 1952 and 1953.

A particular individual of note is flight lieutenant Peter Hall and his uniform is housed at the site. Hall was shot down in Holland and bailed out of his aircraft and was sent to a prisoner of war camp called Stalag Luft III, where the Great Escape was hatched and where Hall created escape maps. Around 20 airmen based in Bircham were shot down and ended up as prisoners of war.

More than 530 individuals who served at Bircham Newton lost their lives in the course of their duties. The vast majority were killed on operations across the North Sea. St Marys Church Great Bircham hosts the local Commonwealth War Graves cemetery where there are 66 graves of British and Commonwealth airmen who lost their lives locally or were recovered from the sea around the Norfolk coast. There are also the graves of 11 Germans that were shot down locally.

Established as a heritage centre in 2005 by the RAF Bircham Newton Memorial Project, they erected two memorials one at Bircham Newton (2006) and the other near the village of Docking (2007). Today there are ten volunteers involved and they all have either a personal or familial connection with the RAF.

Still welcoming visitors regularly 14 years later, Chairman of Trustees David Jacklin said: “We get hundreds of visitors every year. They are usually enthusiastic people that have an interest in aviation, military history or local heritage.”

“Some of our open days are special and we invite local friends and fellow enthusiasts such as Tony Nelson, with his big model aircraft which he calls ‘Norfolk’s model air force’ and he invites people to view them.”

“We try and do as much as we can and we try and make the Centre more interesting by changing it around, adding new things.”

With a great-great uncle that died at the site in a flying accident, I hold a tenuous yet familial tie to the site, as many locals do. With any luck, the Heritage Centre will continue to operate on the very site that is a fundamental pillar of the wartime history of West Norfolk.

Admission is free to the open days. The next open days are 16th and 30th of June, 14th and 28th of July and the bank holiday week on the 25th and 26th of August. The centre is open 10am-4pm on each of these dates. There is disabled access and toilets available. For more information about the Centre and open days visit http://www.rafbnmp.org.uk/.

I would like to thank David Jacklin for his help in writing this article. 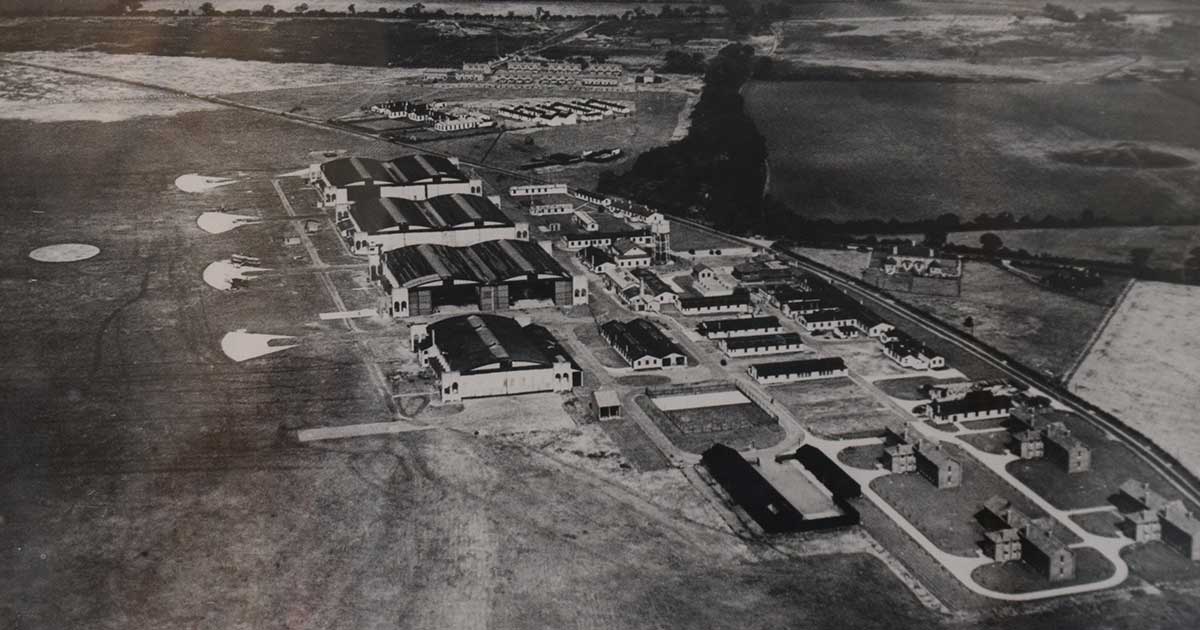 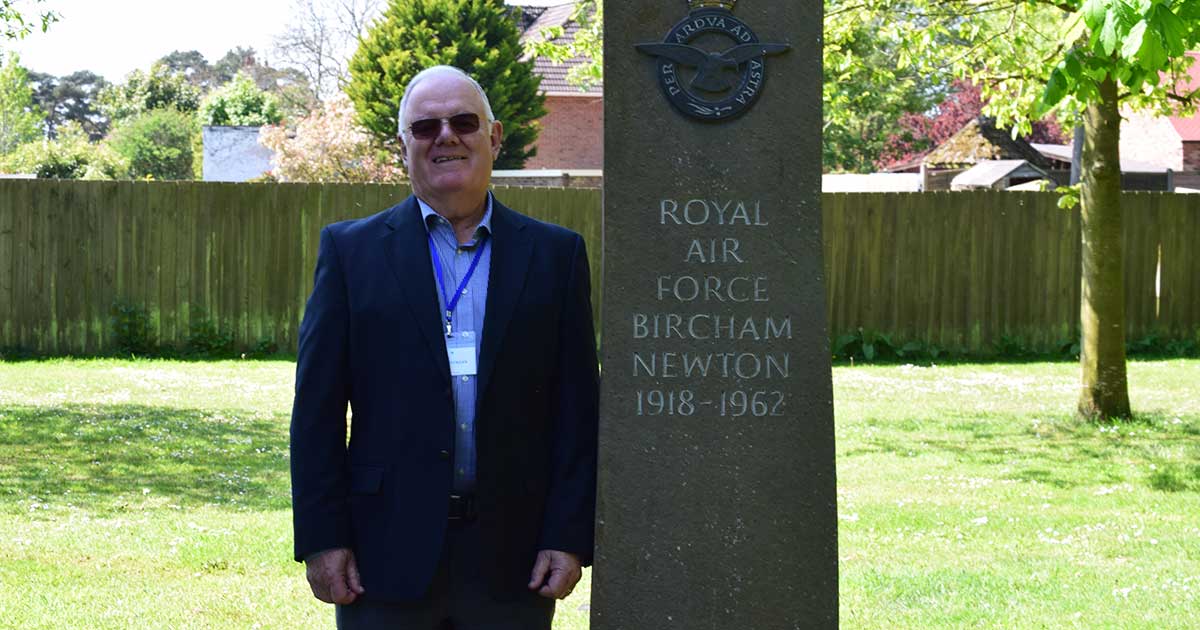 (Pictured: Chairman of Trustees David Jacklin at the Memorial) 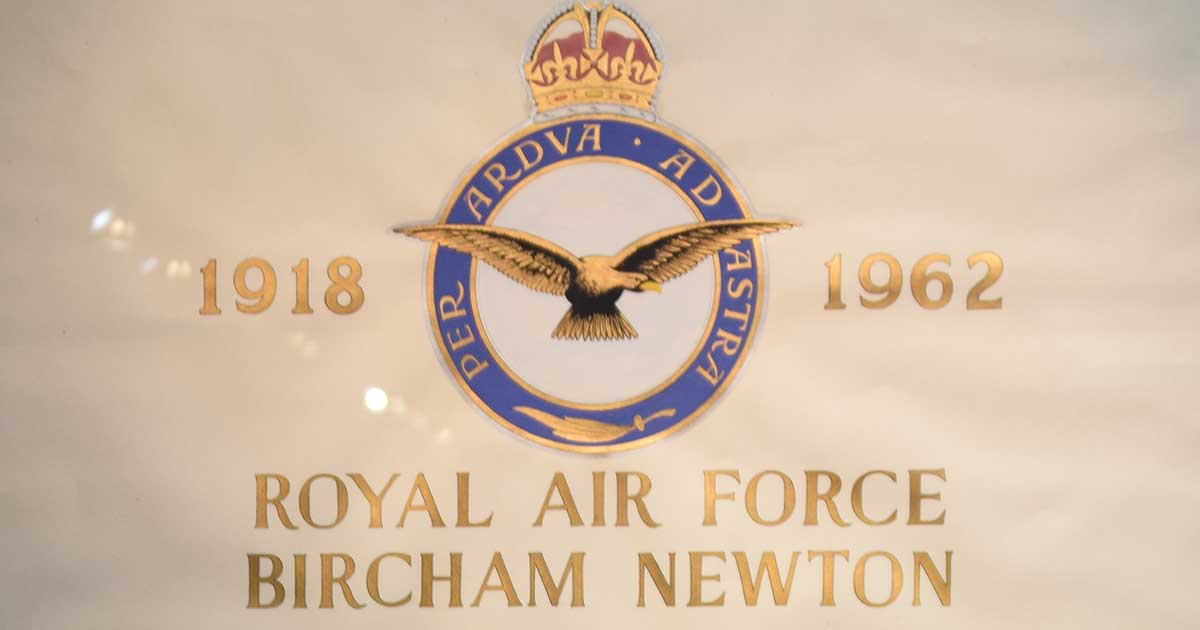 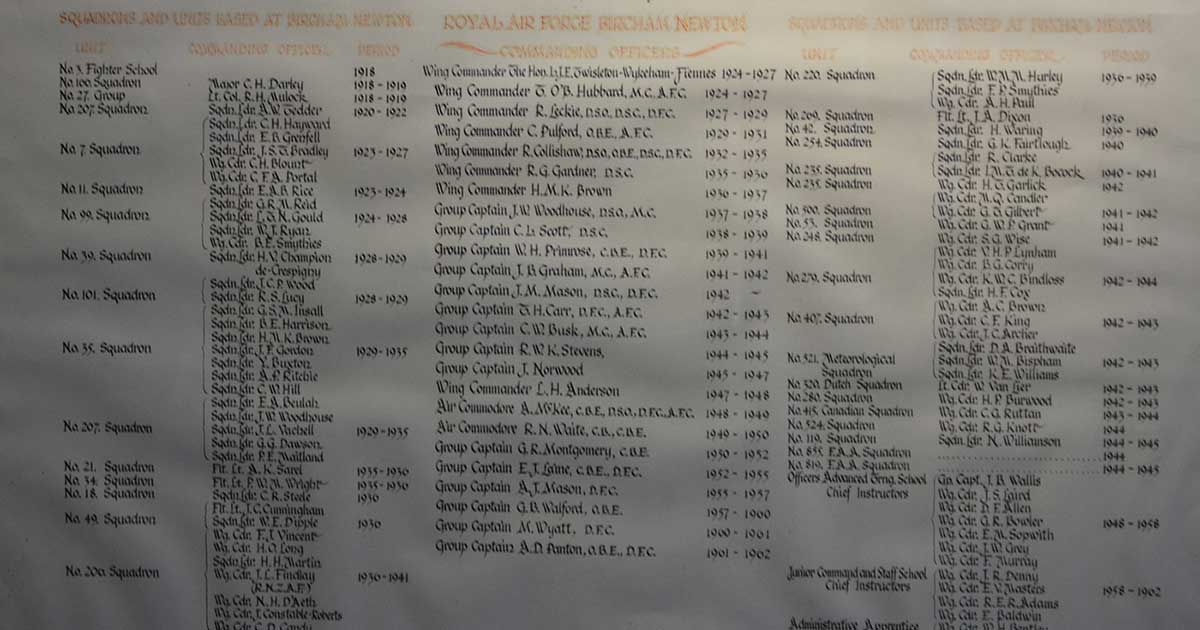 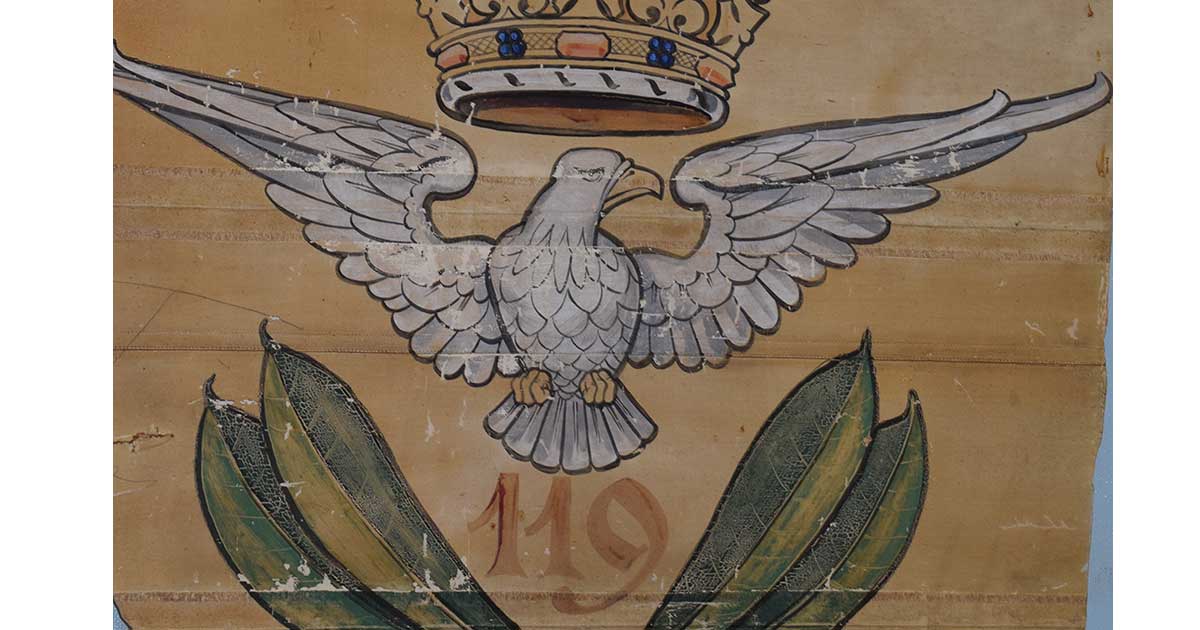 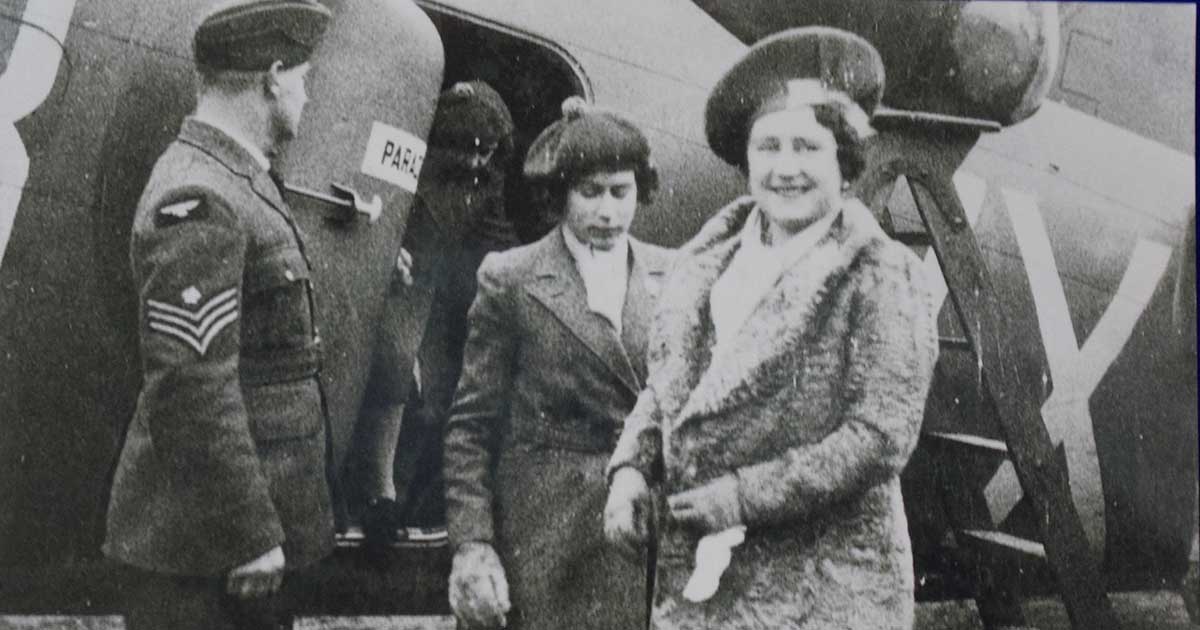 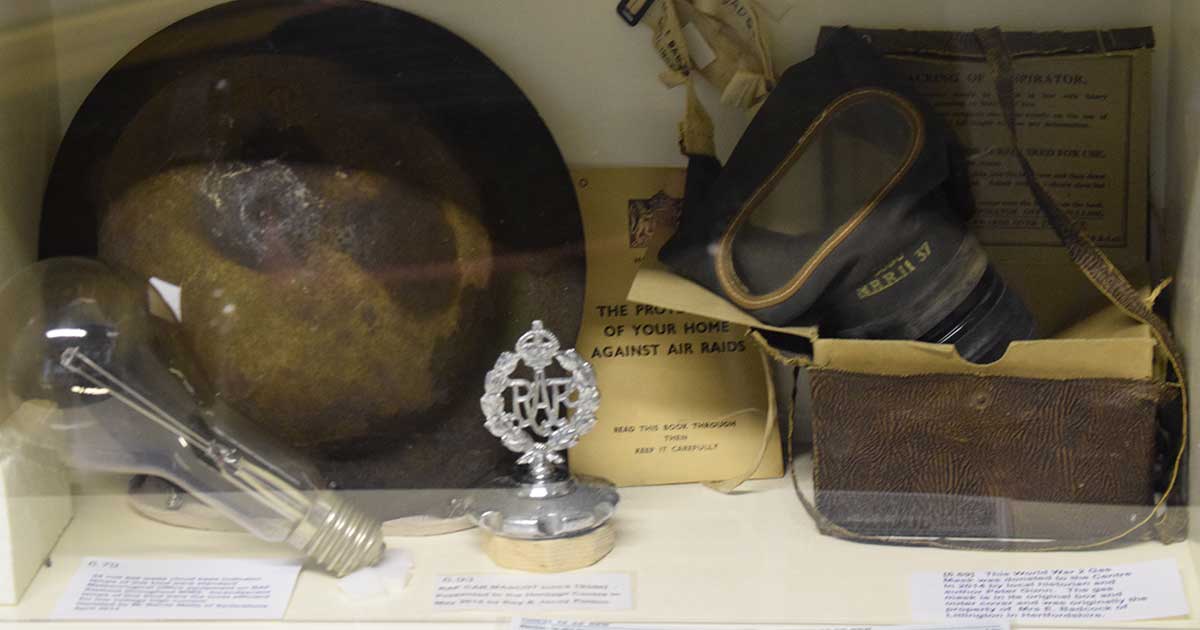 (Pictured: a few of the artifacts on display at the Centre) 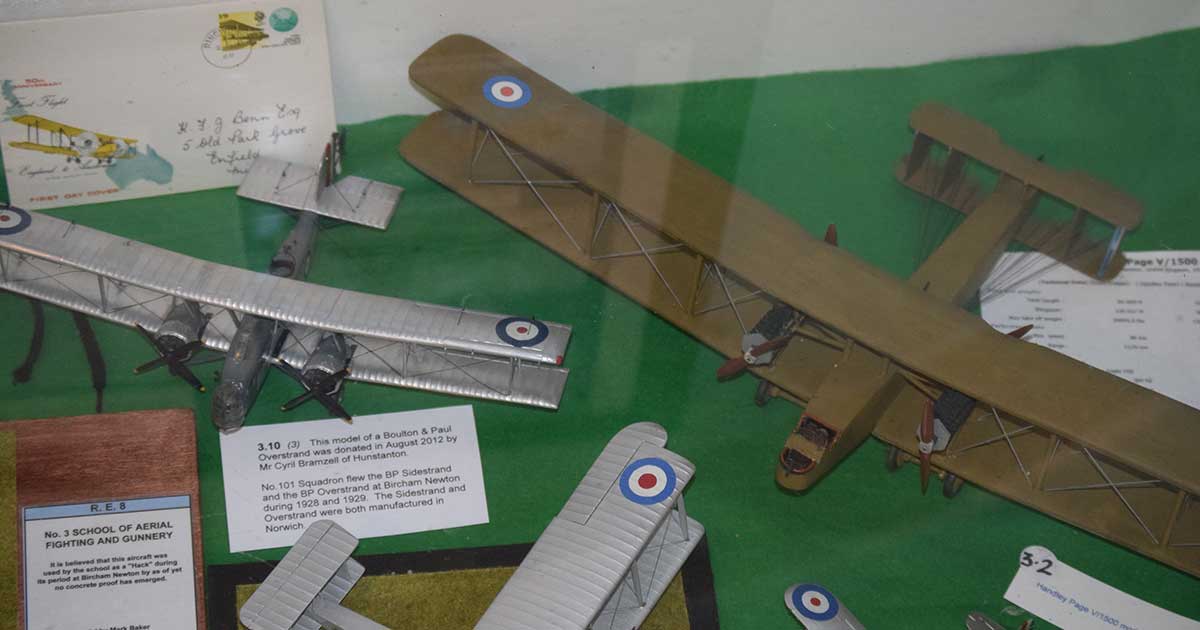 (Pictured: a few of the model planes on display at the Centre)