Retired Lincolnshire farmers Carl and Anita Clayton have lived in Hunstanton for seven years and for the last five a Christmas star in their Princess Drive garden has been visible at the top of Redgate Hill.

Carl always had plans for a different display this year as the boards he’d been using had ,as he says, “become rather tatty.”

Putting up the display that will withstand the wind and weather requires planning and a lot of help from his friends, especially since Carl suffers from ME and can only do a little bit each day. “With a project like this that I can plan and look forward to really helps my mental health,” he said. “We had lights at the farm in Fosdyke and I wanted to continue the tradition here; though when we moved to the bungalow I hadn’t realised the potential for a display like this.”

T&A asked Carl and Anita about this year’s design and it turns out that it had come from friends on the other side of the world. “Our friends Andrew and Carrie Goff who moved to Melbourne posted this image on Facebook,” said Anita, “and as soon as we saw it we knew that was it.” 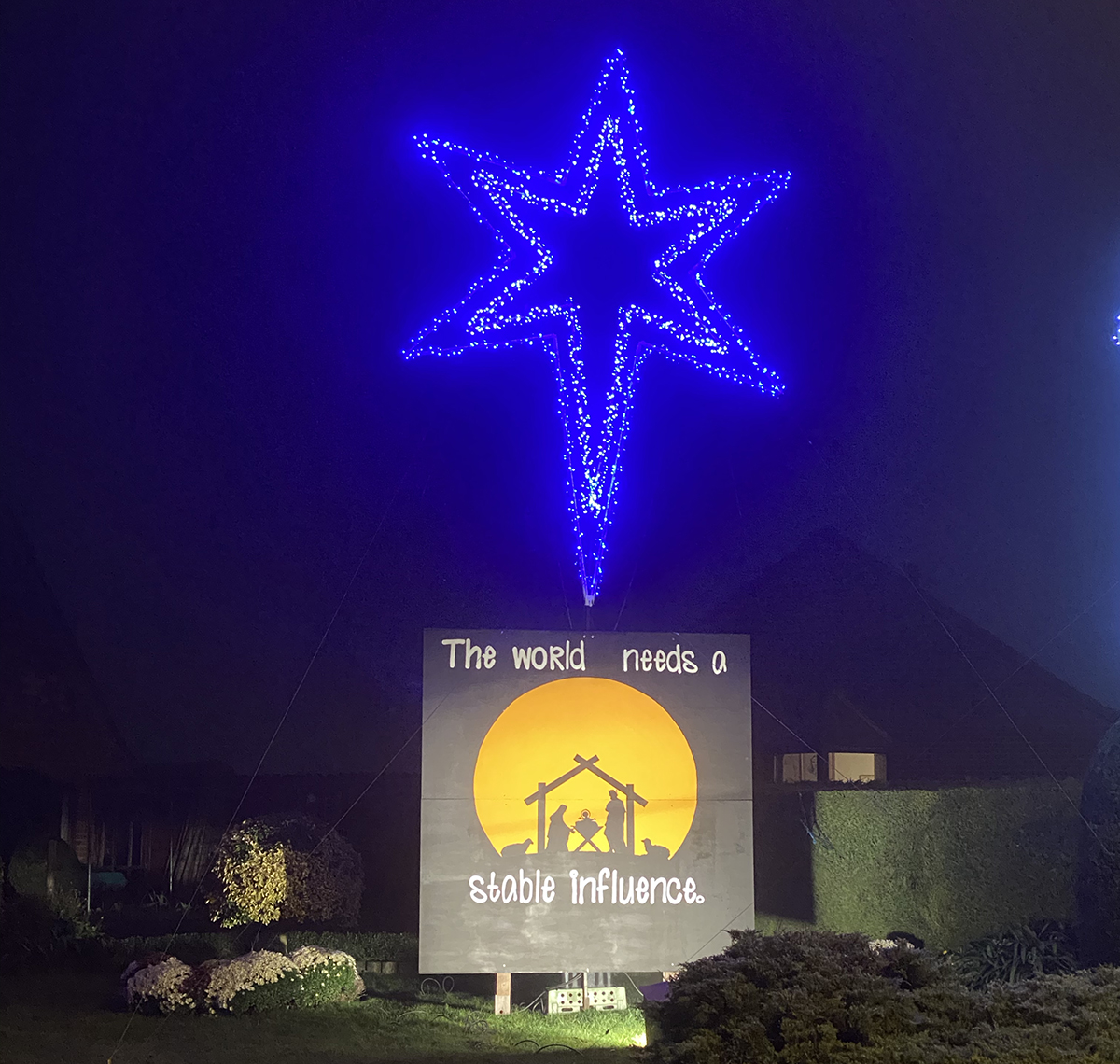 Stepping up to the construction challenge were neighbours Derek, Mick, Peter and Mervyn who had to wait until Lockdown 2 ended before they were able to get started at the beginning of the month.

“I couldn’t do this without my friends and neighbours, they are fantastic and I am very privileged to be in a position to do this; I can’t thank them enough.” Carl added.