The Charity raises funds for the Norfolk Hospice Tapping House and the Bob Champion Cancer Trust.

A record number of twenty teams of four turned out for the 14th Campaign Care 94 Charity Golf Day at the recently refurbished Heacham Manor Golf Club.

A total of £1,758 was raised through entrance fees, a raffle and auction. The weather proved kind to the golfers ensuring any excuses blaming the conditions for poor play on the 19th hole fell on deaf ears. John Burton won the Champion Trophy whilst there were no arguments about the Shot of the Day award, which went to Jonathan Rix who’s shot on the infamous par 3, 7th hole, over water somehow defied gravity, skimmed across the water and landed on the green. 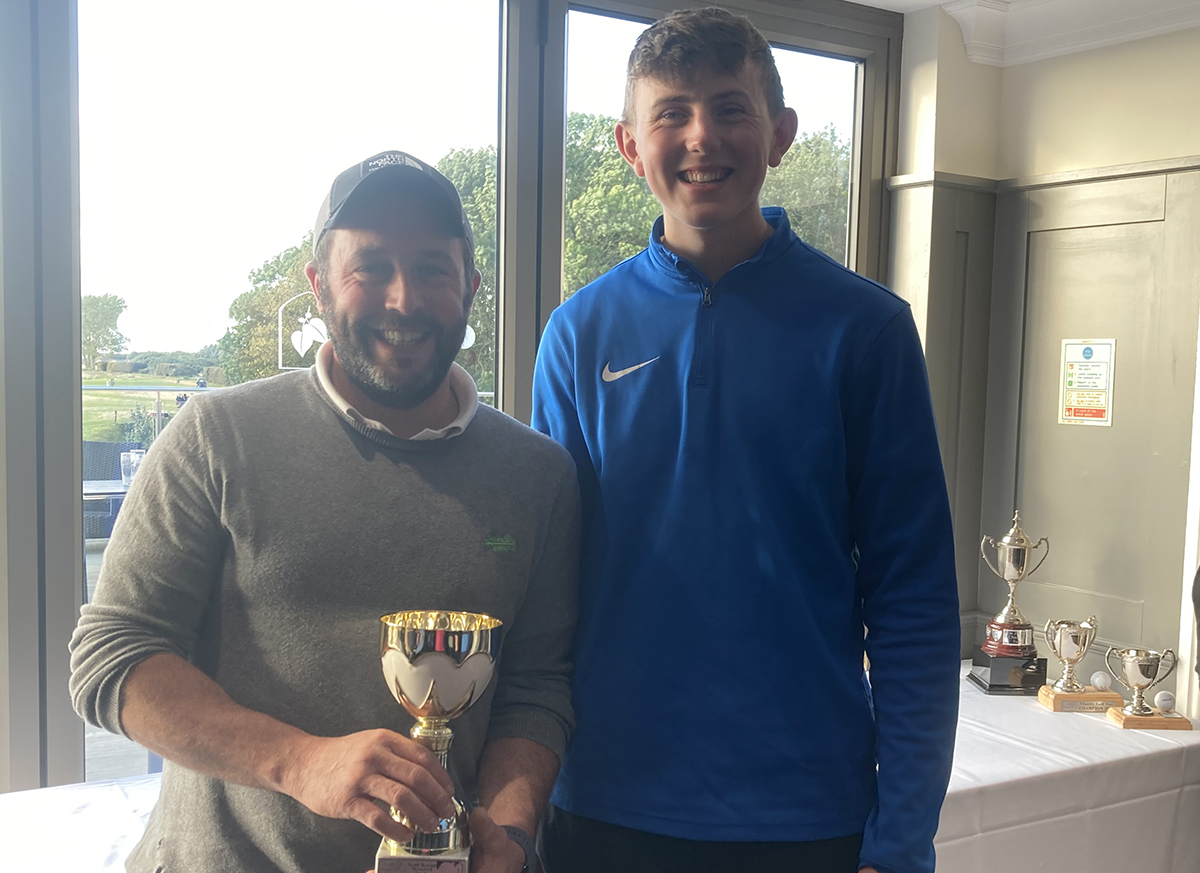 Bob Champion usually attends the event but on this occasion was attending the London Marathon on behalf of his Charity. The awards presentation was excellently compered by Jim Race and this popular event is already being planned for next year.

Organisers Jim and Janet Race commented, “We would like to thank the Heacham Manor team for the excellent catering, bar and venue services provided as well as all the businesses who sponsored each of the 18 holes. A special mention too for Janet Kendal, Duncan Kendal, Ashley Kendal, Jon Large, Ruth Jacobs and Dave Leavis for sponsoring the excellent trophies provided by Dave Curtis. Finally our thanks to Vaughan Barton for his help marking 80 score cards. We hope to see everyone again next year. Thank you.”.

Anyone interested in entering a team or sponsoring the event next year can contact Jim Race direct on 07950 032292.