Burst water main on A149 at Sandringham 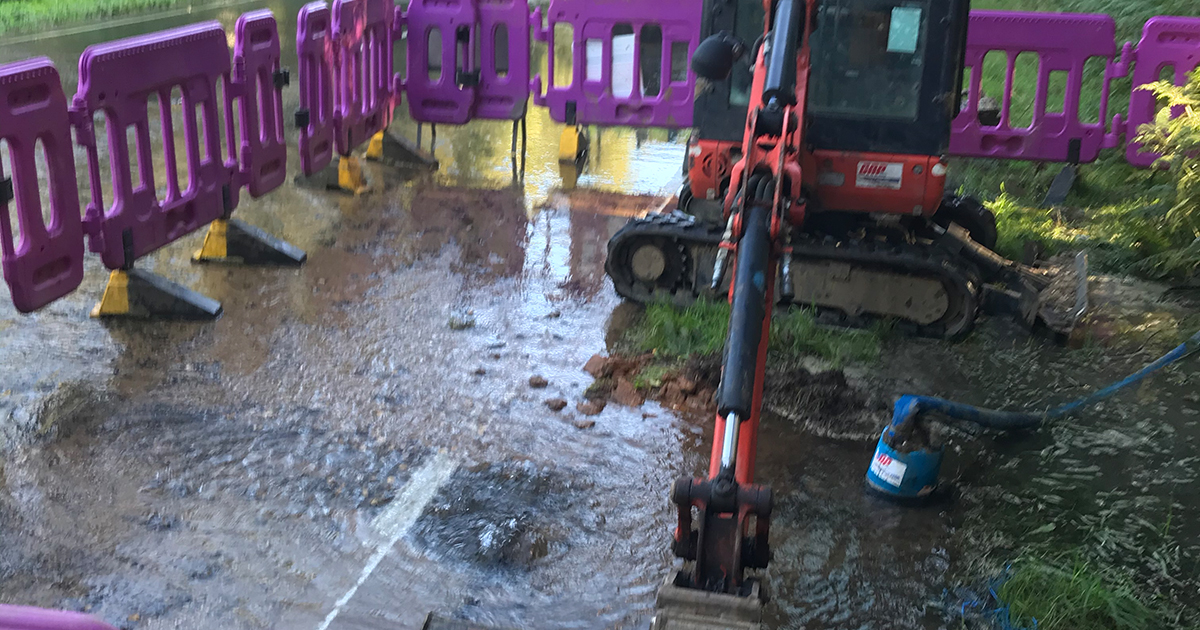 Town and Around's Richard Bird was out on his bicycle this morning when he came across Anglian Water starting repairs to a water main between Dersingham roundabout and the turn off to Sandringham House.

Traffic light controls are in place and by 9am a huge queue of traffic had built up.

Operatives from Anglian Water told T&A that the problem was a burst in a three inch water main and water is flowing all over the road. The burst occurred last evening around 7pm and the two man team with a digger and two lorries began work on the repair at first light. 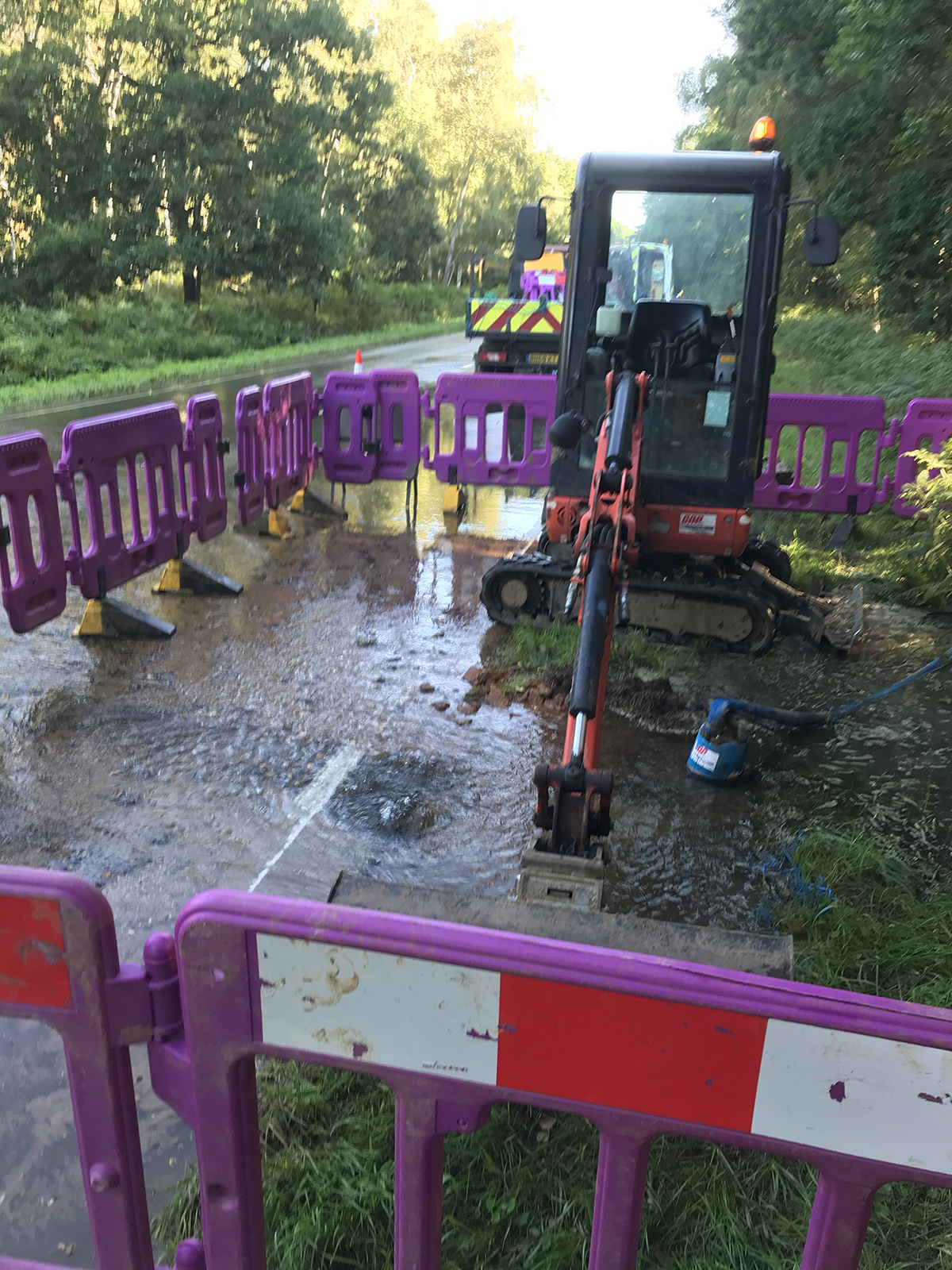 When asked how long the repair was likely to take, the operative said that he couldn't estimate at this time and further investigations would continue.

The alternative route for traffic via Sandringham and Dersingham is not without its own challenges; today is the first day of Dersingham Open Gardens that is expected to attract a lot of visitors and the Dersingham Yard Sale is already underway so undoubtedly there will be delays through the villages.

Further along the alternative route the Ingoldisthorpe Yard Sale is also underway.