The north coast and the 17th century village of Burnham Market has really suffered with flooding issues.

While many of us have been getting out in the garden and enjoying the lovely weather over the past few days, spare a thought for the north coast residents who have had to contend with overflowing sewage and flooding for nearly a month.

On Friday T&A was in Burnham Market and we saw basements being pumped out, road closures, large pipes above ground along the roads and water flooding across the High Street. 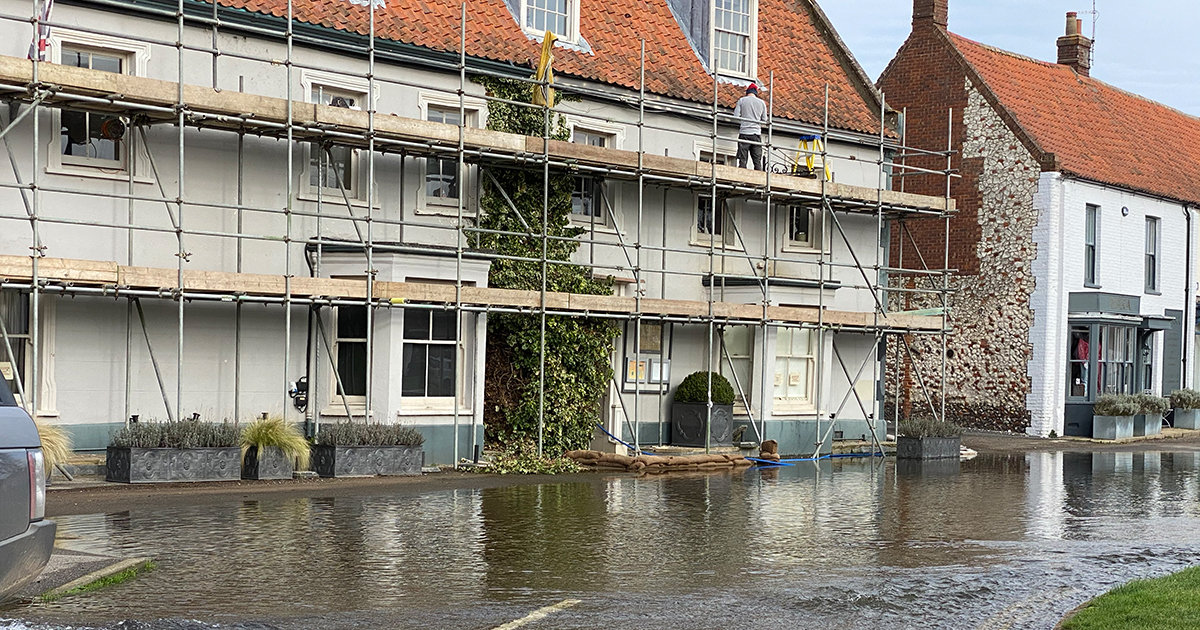 The Hoste surrounded by scaffolding

We first reported on the problems along the coastal region on 5th February (story at https://townandaround.net/news/raw-sewage-runs-down-the-streets-of-north-coast-villages). 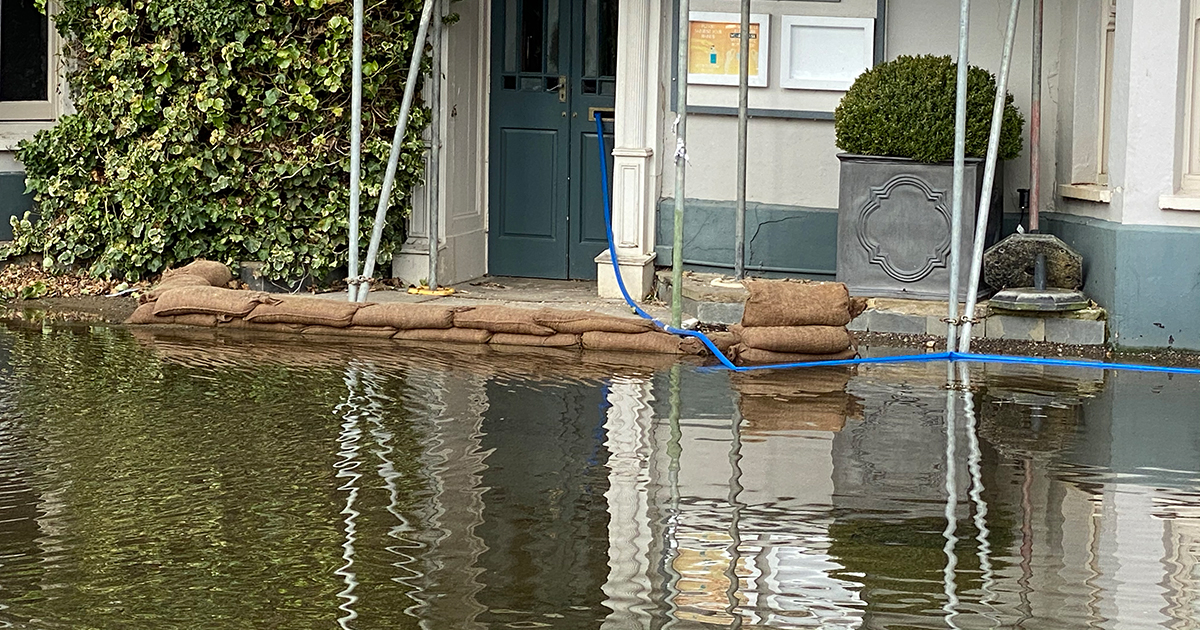 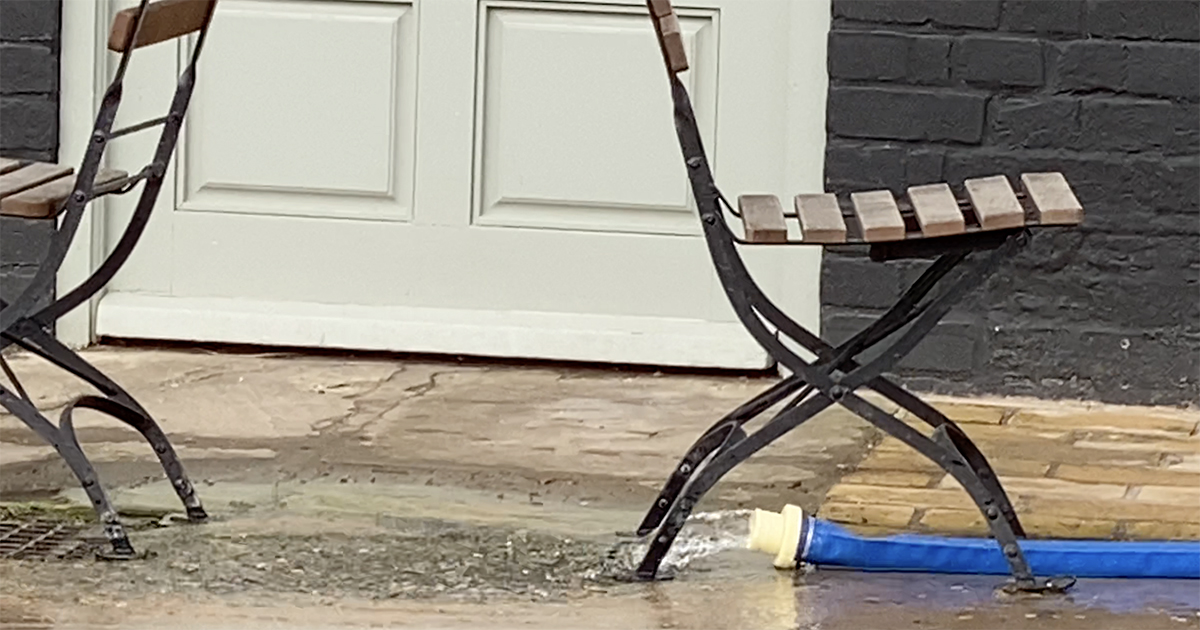 No. Thirty 3 the Bakery

At the Green in Burnham Market No. Thirty 3 the Bakery, The Hoste and many others are pumping out their basements which only adds to the volume of water on the road adding to the full and fast flowing Goose Beck that runs through the village. 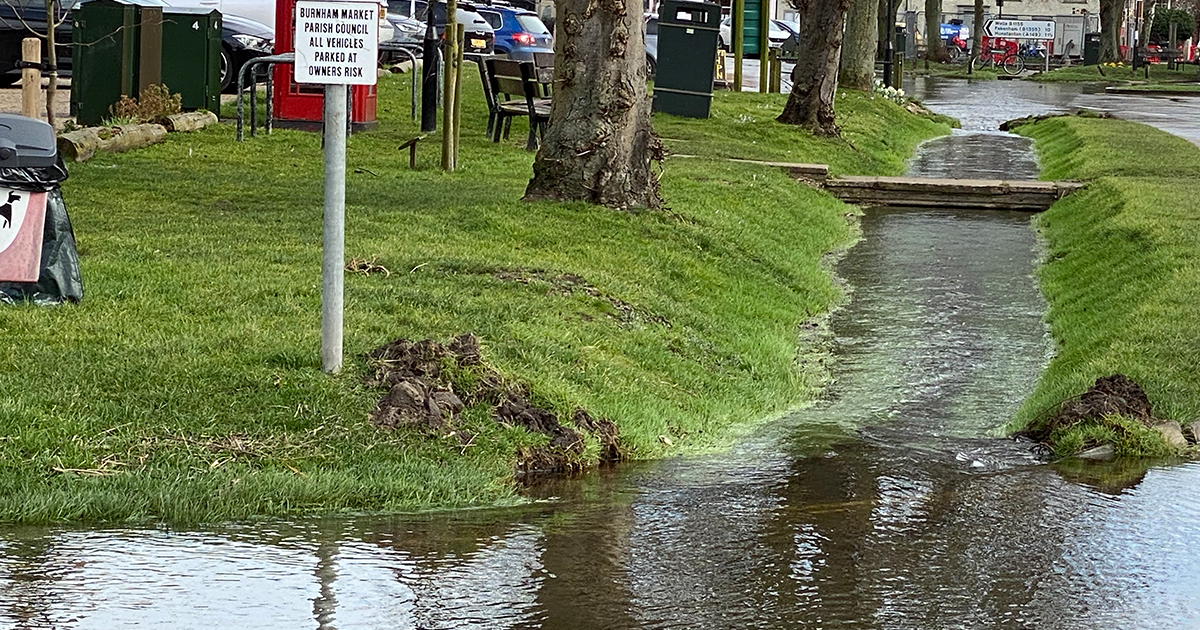 Anglian Water says that the flooding of the River Burn and with the highest rainfall in the area during December and January for 100 years the groundwater levels are extremely high and this excess water has inundated the sewer network. 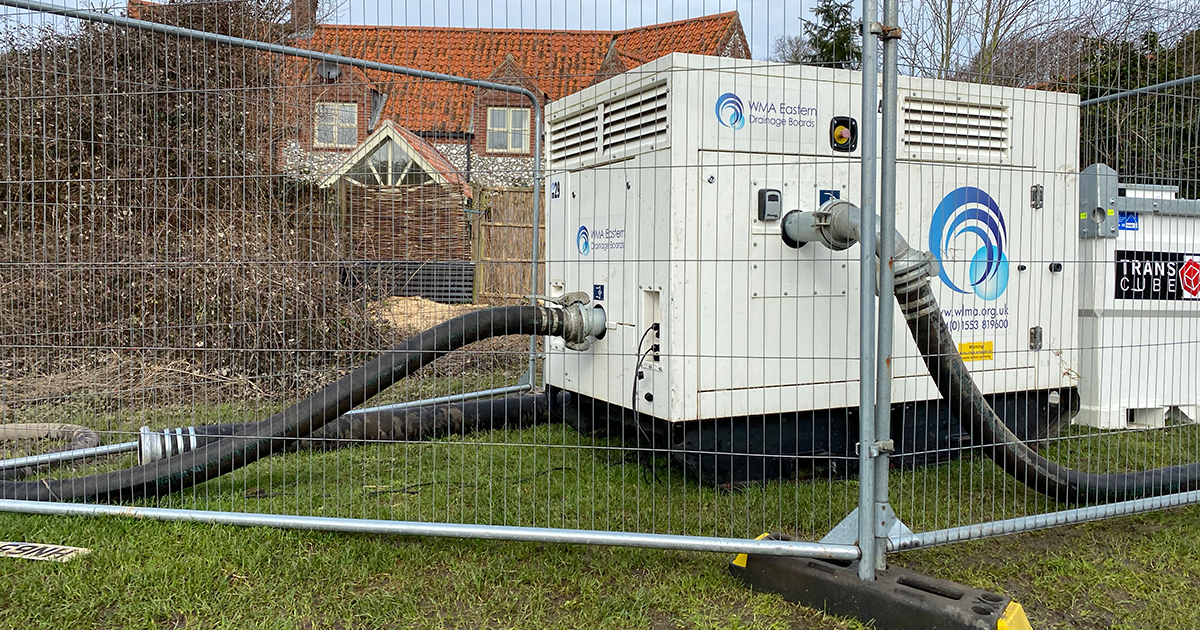 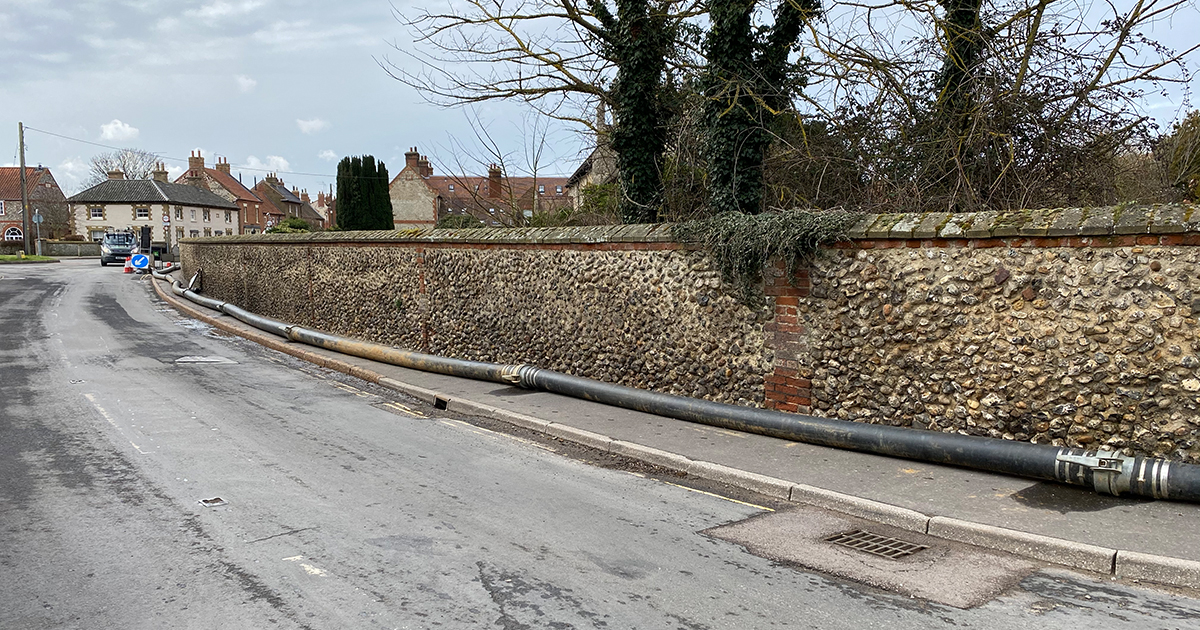 This is a tourist area that attracts many visitors each year, and if, as we are told, that tourism is a vital part of the Norfolk economy, this is one of the issues that Lord Dannatt's Norfolk Strategic Flooding Alliance (NSFA) will need to address.

On February 5th Richard Bird commented: "I would remind all that this coming summer looks like being a bumper year for the staycation, possibly the busiest for decades. If the foul water system fails it could create a devastating health problem, putting people at risk, and reducing our capacity to cope with visitors, a multi-million pound industry."

When the water levels recede, will we forget this or will we take it seriously before it is too late?