Australia has been ravaged by the worst wildfires seen in the country in decades: at least 28 people lost their lives in the devastating fires and it is estimated that over 1 billion animals have been killed. Over 3,000 homes have also been destroyed or damaged and more than 17.9 million acres have burned.

Australia has a fire season each year during the summer, but this year the fires have been exacerbated by persistent heat and droughts with strong winds fanning flames further and making firefighting conditions difficult, with the state of New South Wales being hit the hardest.

The fires are also unlikely to end any time soon – with temperatures peaking in January and February, the fires may even get worse.

A third of koalas in New South Wales have been killed in the fires and a third of their habitat has been destroyed and certain types of frogs and birds could be wiped out completely.

Peta Steel, who moved from Australia to Hunstanton in February 2019, has spoken to Town and Around of her gratitude for the outpouring of support she has received since her initial Facebook post asking locals if they have any spare materials so that she could sew pouches for injured wildlife.

“The response has been massive. I am blown away by the amount of support that I have received over the last few weeks,” she said. “When you’re from a country where a tragedy happens, it is overwhelming the amount of love and support you receive in another country halfway around the world.”

Peta and well-wishers from all over the world have been knitting and sewing nests and pouches for the millions of wildlife left injured by the wildfires and made homeless from the destruction of their habitat. 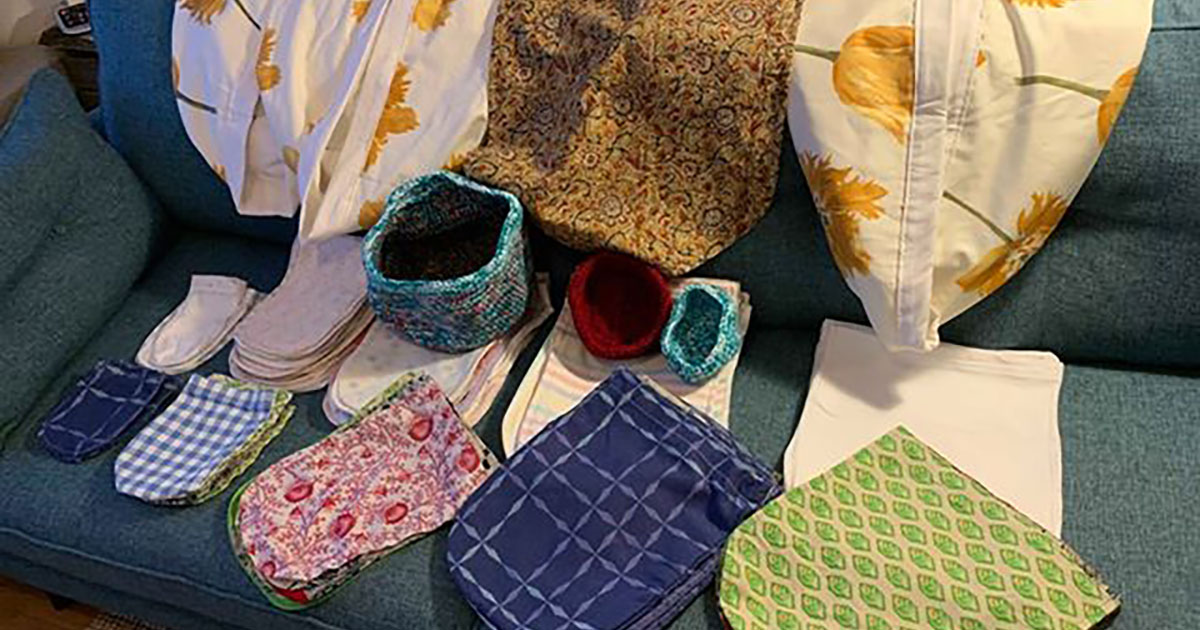 A few of the nests and pouches already sewn by locals

Peta created the Facebook group Love from over the Pond as a way to directly connect those directly affected by the fires in Australia and those who wish to send them support from around the world.

The group allows the Aussies to share their stories and journey to recovery from the devastation with well-wishers.

On Sunday January 12 Peta invited ten friends and crafty locals into her house for a group sewing and knitting session, with help and inspiration coming from the Animal Rescue Craft Guild Facebook page.

Now, she is hoping to hold a fair at Hunstanton Town Hall on Australia Day on January 26 and for local businesses and organisations to pledge their support and help fundraising efforts.

Plummer and Associates (through St James’s Place Wealth Management) are match funding any donations made through an official partner of themselves.

You can join Peta’s Facebook group to keep up to date with future events and fundraising activities locally.

Donations for Australia can be made to several organisations working toward victim relief and recovery, including the Australian Red Cross, Salvation Army Australia, the NSW Rural Fire Service, and the St. Vincent de Paul Society Australia.

There are also a number of wildlife rescue and treatment groups such as WIRES, the Port Macquarie Koala Hospital, and Currumbin Wildlife Hospital taking donations.