Norfolk fire crews were called to the boarded up Community Centre in Dersingham that in earlier years was a school (opposite the Feathers) on Wednesday evening about 9pm.

Many people will know the building as the venue for the youth club that was closed some years ago.

“Crews wore breathing apparatus and used main jets and hose reel jets supplemented by a hydrant to extinguish the fire.

“A thermal imaging camera was used to check for hot spots. 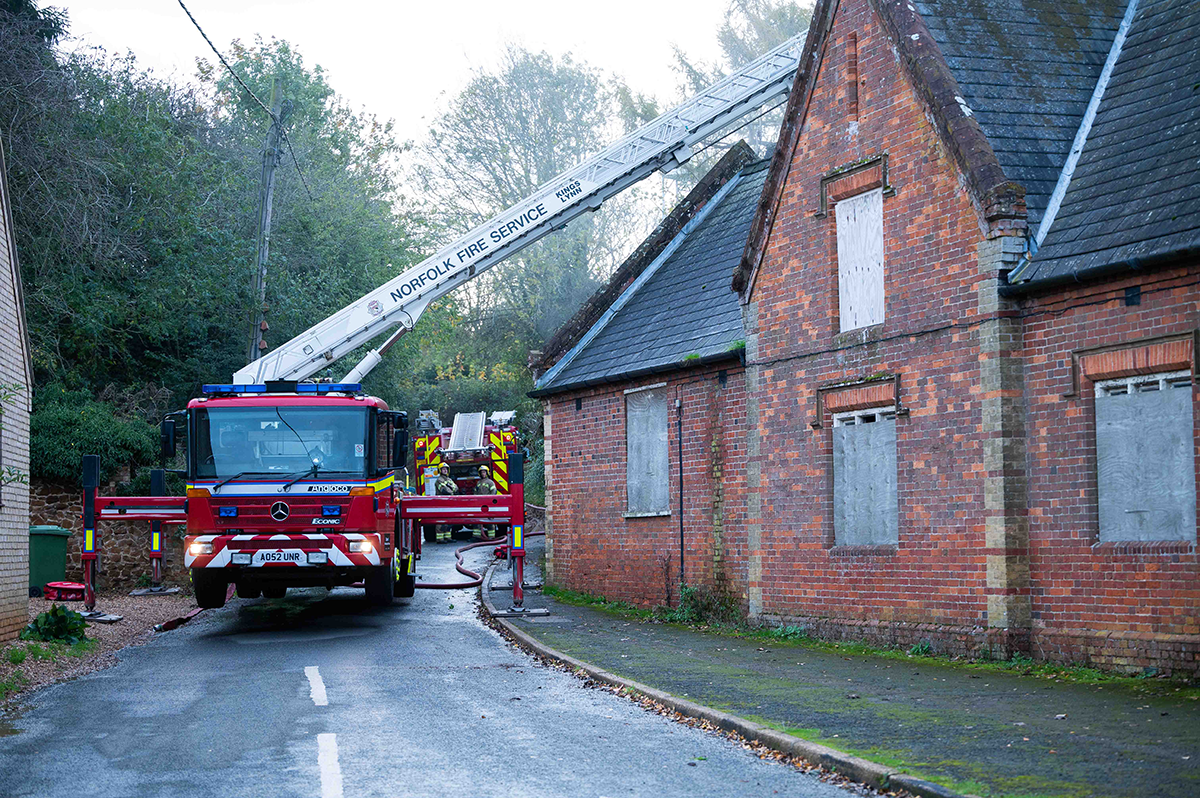 On Thursday 10th the King’s Lynn crew were back at the scene with the Aerial Ladder Platform damping down and photographer Ian Burt was there to record them at work.

Formerly owned by the Sandringham Estate plans for housing on the site have recently been withdrawn. Local residents have complained that the practically derelict building keeps getting broken into and the windows are broken. 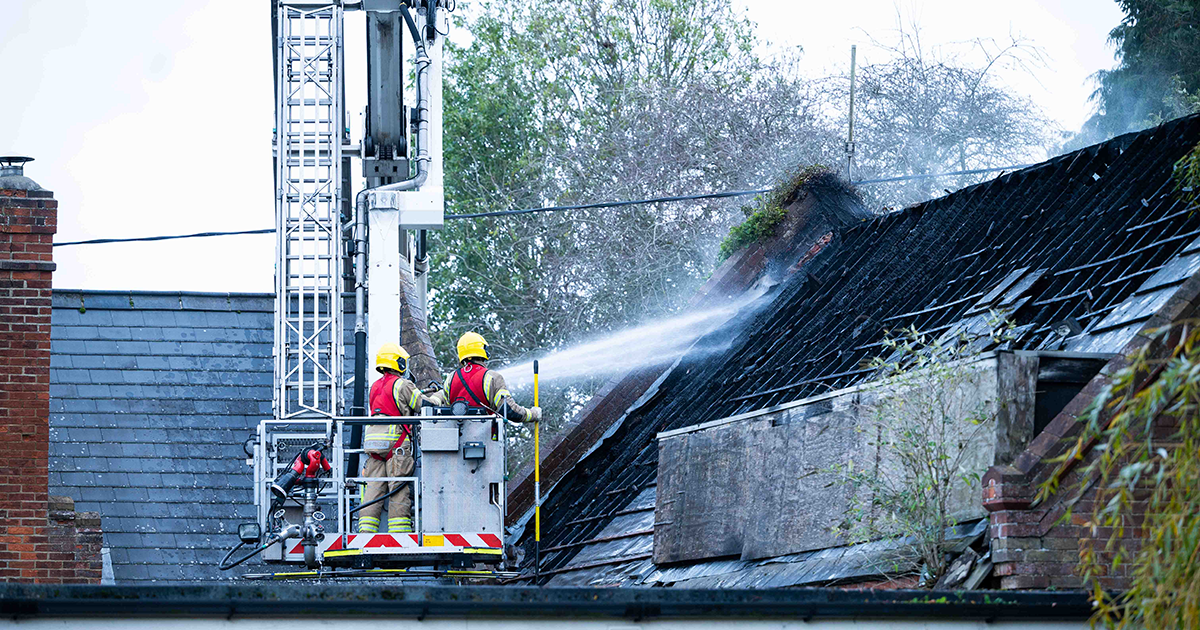 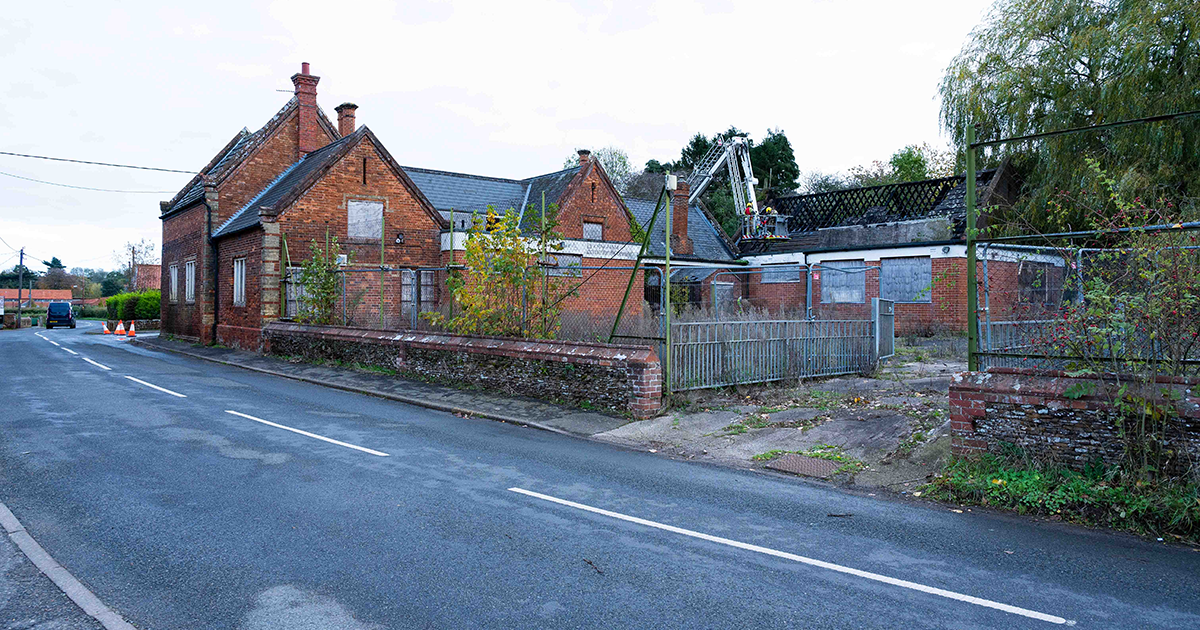