'The Adrian Flux' Lap of Anglia is sporting a brand new colour scheme and logo thanks to King’s Lynn based Marketing Agency - 'This is Fuller'
Jason Fuller of This is Fuller was keen to support the East Anglian Air Ambulance and providing a rebrand to the Lap of Anglia seemed like the ideal opportunity. John Bradley at the Lap of Anglia said “Jason reached out to offer his services and we jumped at the offer. We are overjoyed at the result and believe this will help to take the Adrian Flux Lap of Anglia to another level in our quest to become the UK’s best multi-day cycling event”. 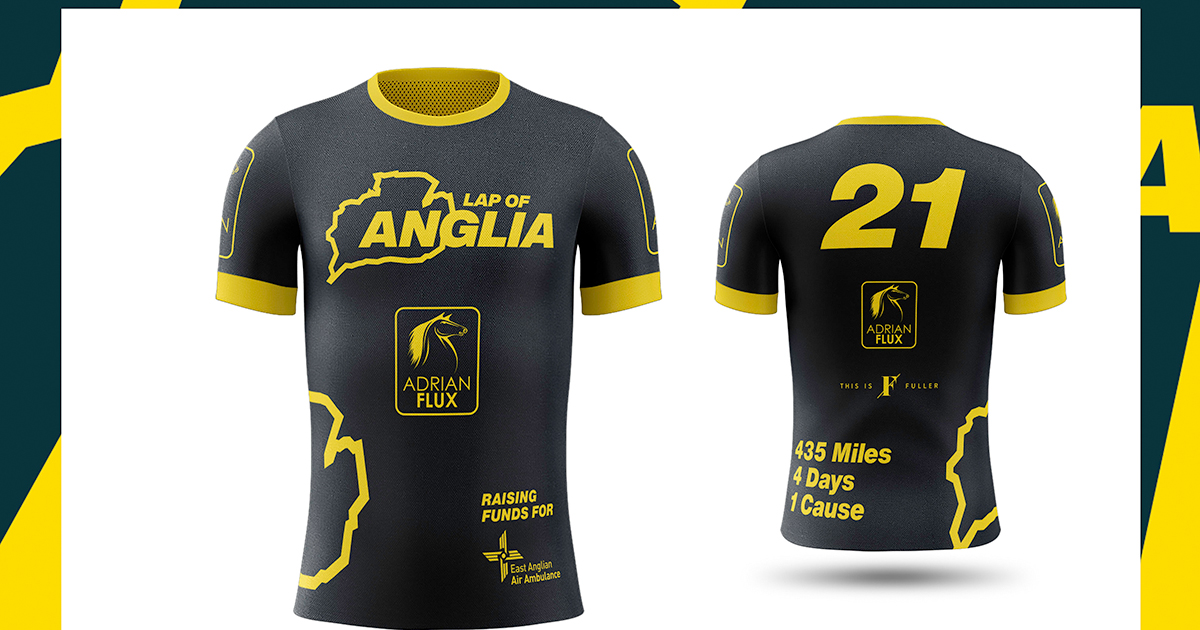 The Lap of Anglia are also thrilled to announce that Adrian Flux Insurance Services have confirmed their continued support for another year. Adrian Flux has been the title sponsor of the Lap since the very first Lap in 2013 and has been absolutely key to the event’s success in raising a staggering £133,827.30 to date! This year the Lap has seen a record take up in entries and has also launched 'The Adrian Flux' Lap of Anglia ‘Extreme' an incredible 2 day version of the already gruelling event. 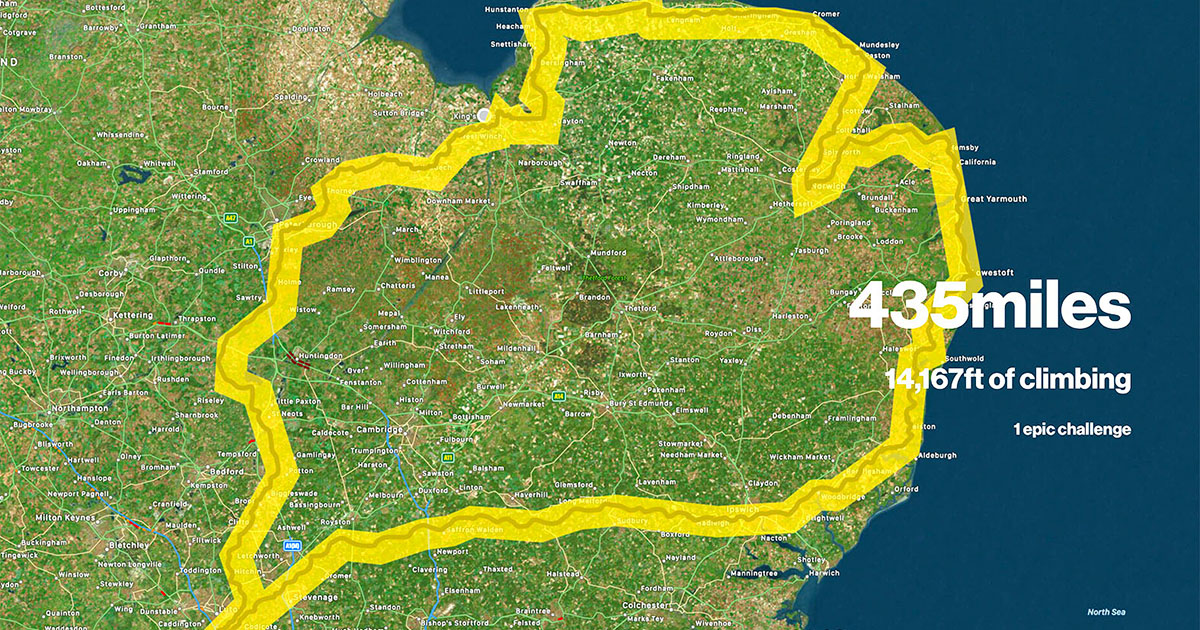 Gerry Bucke, Adrian Flux general manager, said: "We're proud to have been the title sponsor since the very first Lap in 2013 and it forms part of our ongoing drive to support charities and good causes."It's a gruelling event but one that continues to prove incredibly popular while also raising a staggering amount of money for the East Anglian Air Ambulance. We wish all participants in this year's event the best of luck and hope even more funds can be raised to support this vital life-saving charity."

Amy Bathgate, Community Fundraiser for EAAA, said: “We’re so excited that the Lap of Anglia is going ahead this year. Community support such as this is something that everyone at the charity has really missed over the last year, so it means a lot to see the Lap of Anglia team approaching this year’s challenge with a nice fresh look and appetite to make this the biggest Lap yet! The team behind the Lap have been exceptional at supporting EAAA since 2013. It’s a full on challenge over four days, cycling the main area that our two yellow helicopters cover. I look forward to seeing all participants at the start line in August.”

The Adrian Flux Lap of Anglia started in 2013 and has grown in popularity every year. It is run by volunteers with all money going to the charity. visit the website www.lapofanglia.co.uk for more information. Entries are still open. 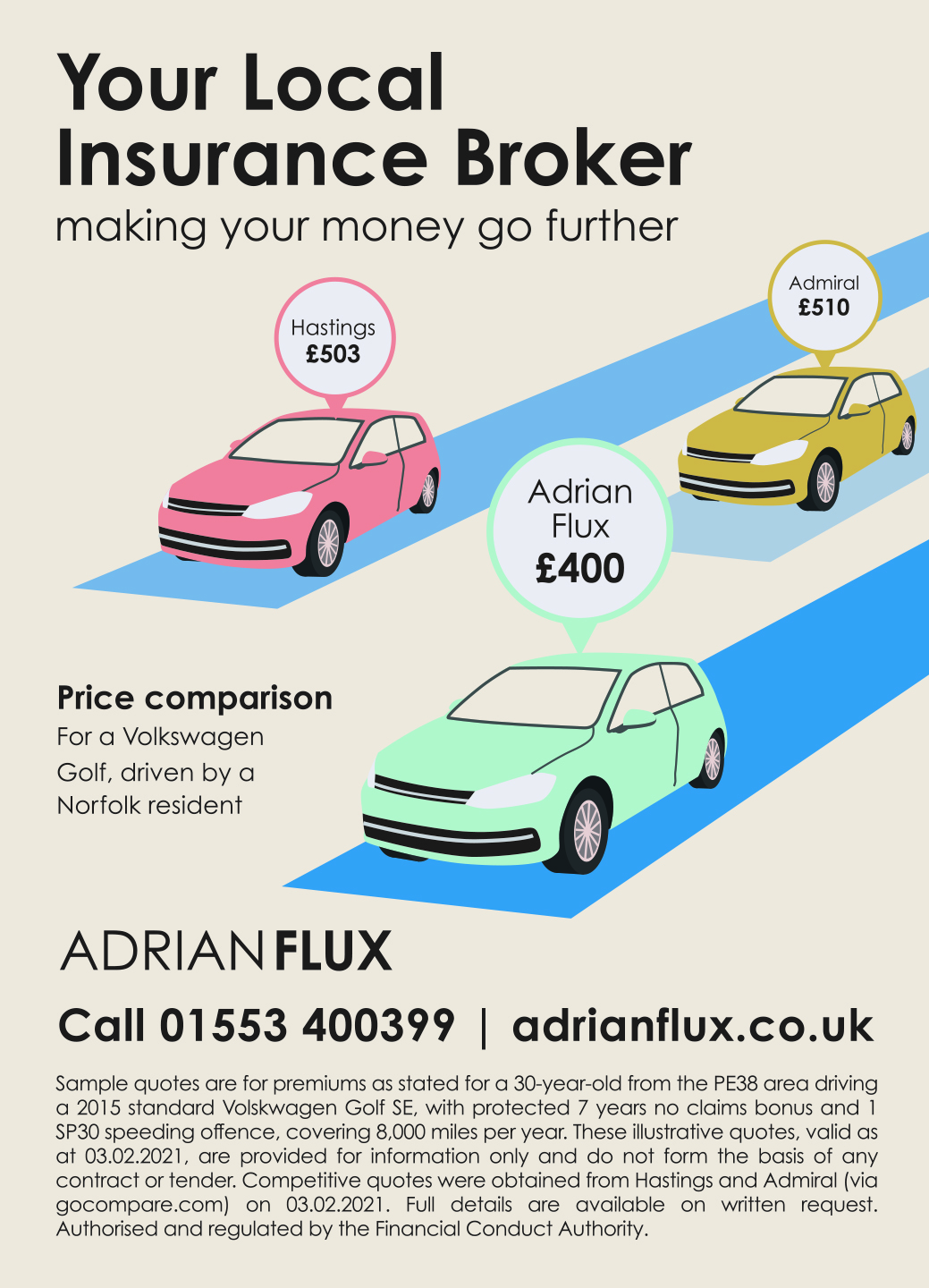